Kolohe Andino from San Clemente, California, will be representing the Untied States this summer. 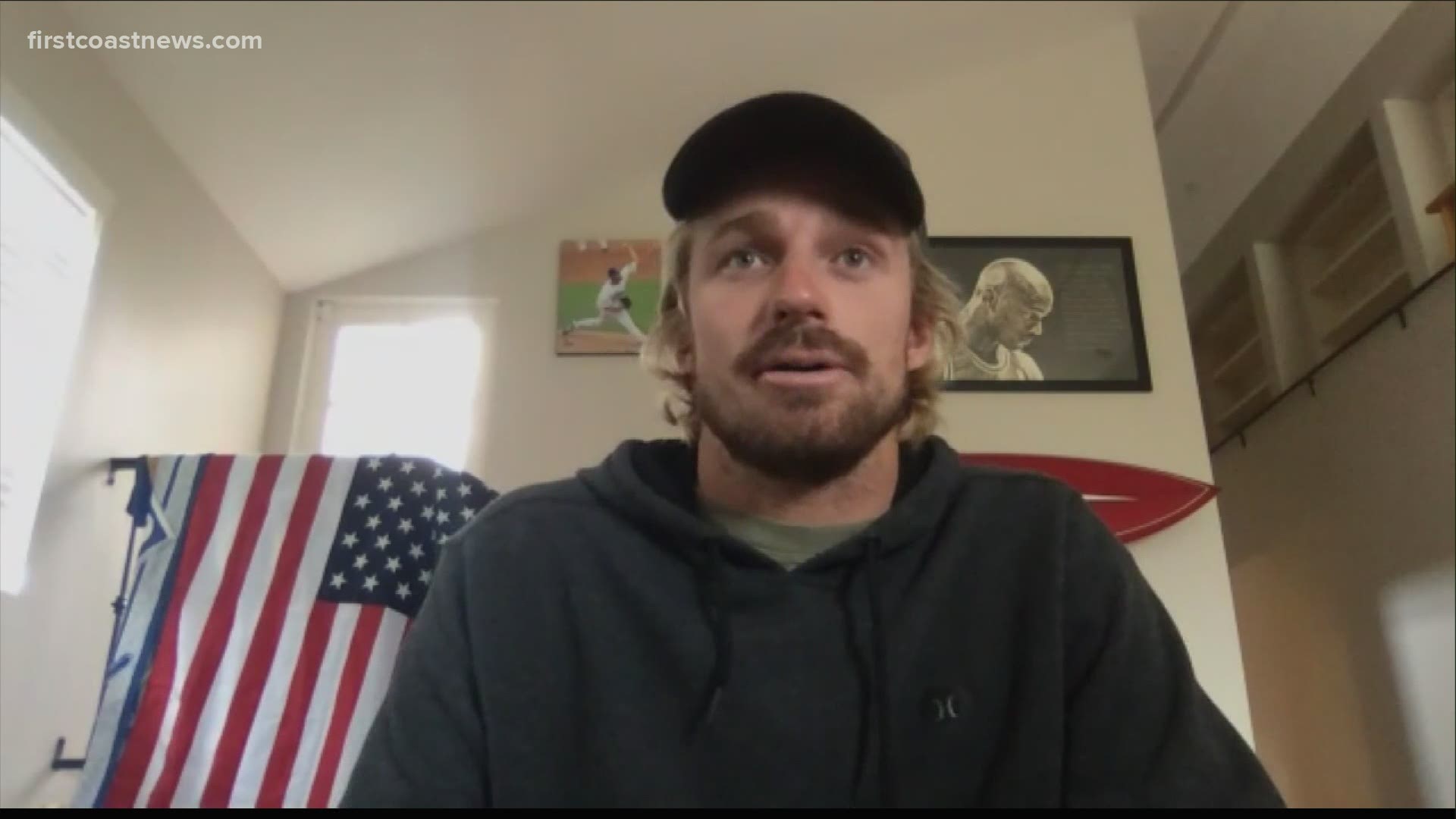 A new event – a sport that lot of people enjoy here in Northeast Florida – will be taking the big stage for the first time.

This summer, people from around the world will be catching swells and competing for gold medals.

First Coast News reporter Haley Harrison got the chance to catch up with west coast surfer Kolohe Andino – who will be representing the United States.

"Speaking for myself, I've always been a person that loves my country," Andino says. "I'm also a man who loves sports. I love my baseball. I love my football. So for me, the Olympics has always been the pinnacle of both those worlds."

Andino says when he first heard that surfing was going to be added as an Olympic sport, he immediately thought "OK, how am I going to get there?"

He said with the waves expected to be smaller than those he is used to, his training approach has changed, with less strength training and more attention to his diet.

If the surf doesn't cooperate, the competition schedule is flexible and could be adjusted as needed. The original plan calls for the entire competition to take place over a few days, but if needed, it could be stretched out over multiple weeks.

RELATED: 100 Days to go until Tokyo Olympics and nothing is certain