Sport climbing continues to grow in popularity as it debuts at Tokyo 2020. Jacksonville enthusiasts say it's a sport unlike any other. 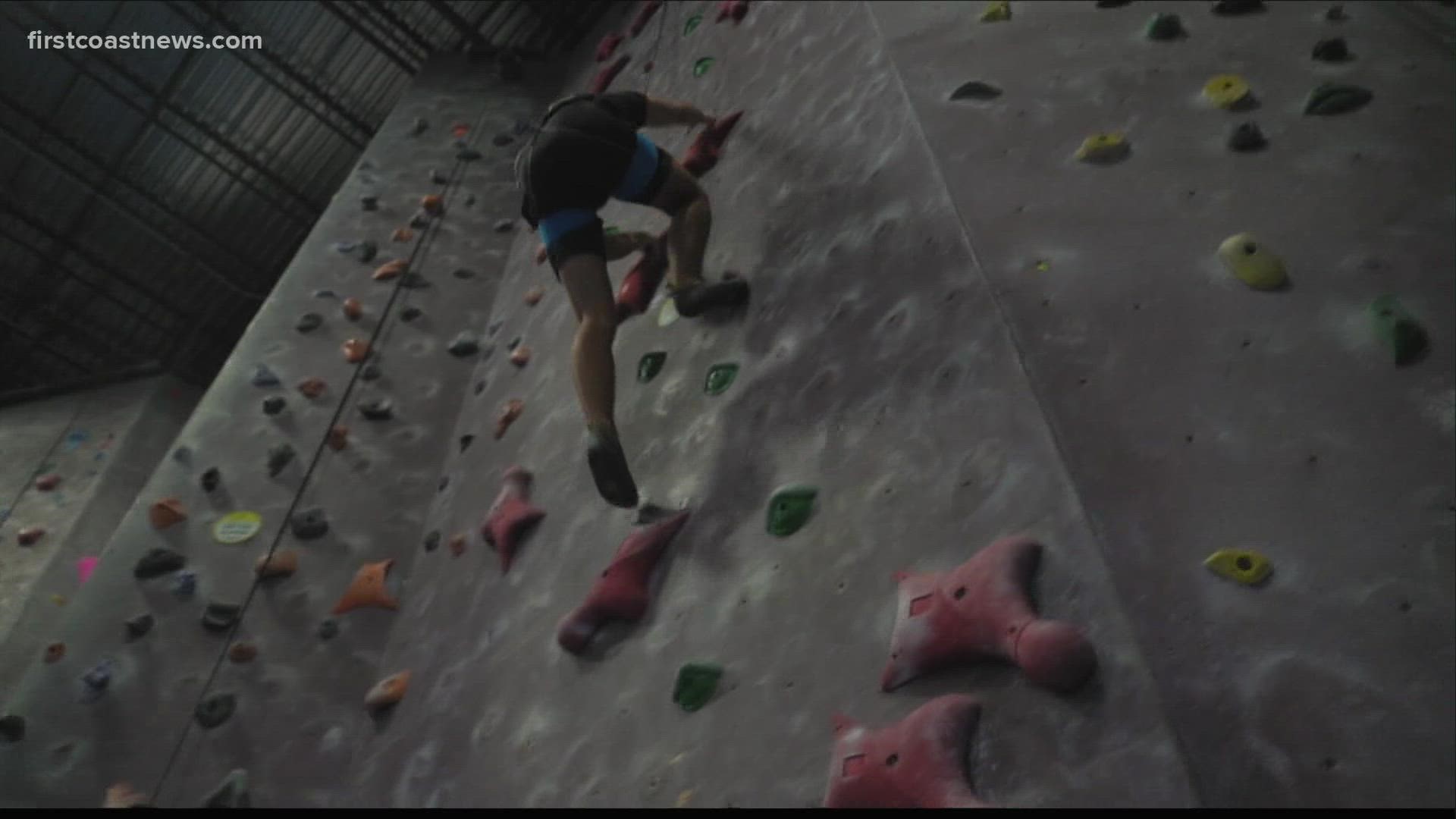 JACKSONVILLE, Fla — Sport climbing will no doubt take the Olympics to a whole new level, literally. It's one of four new sports making a debut during Tokyo 2020.

In Speed, two climbers will race up a 49-foot wall. In Bouldering, they'll scale up fixed routes without a safety rope. The wall will be about 15 feet high. And in Lead, athletes climb as high as possible on a wall measuring over 49 feet in height.

The love of this sport connects a community at the Edge Rock Gym in Jacksonville.

"You might want to stand back," climber Connor Zabrecky told First Coast News photojournalist Byron Parker as the two stood at the bottom of the gym's speed wall.

Zabrecky latched himself onto a rope attached to the wall and took off, sprinting to the top as Parker attempted to keep up with his quick movements.

"I used to compete in the youth circuit," Zabrecky said.

"The last two, three years I did speed," Zabrecky said. "I excelled in speed. My last year I placed 8th in the national championships."

Kristina Grinsell also got a taste of national climbing competition as a student at the University of North Florida in 2007.

"I placed 3rd at regional, and when I competed at nationals I ended up 21st," Grinsell said.

She now works at the Edge Rock Gym, a space that is filled with skilled enthusiasts.

"It's basically all I think about," climber Joshua Ward said.

It's a love of the sport that connects Ward, Grinsell, Zabrecky and Erik Casey.

The Jacksonville native has entangled himself into the challenges of climbing for 14 years, and he's now witnessing the sport take a huge leap.

"You look at where climbing started and look at us now," Casey said. "We're an Olympic sport."

"I think it's incredible that we finally made it to the Olympics," Grinsell said. "I think it's going to cause a huge growth in the climbing community, which I'm very excited about. I think the more people that can fall in love with the sport like we have, the better."