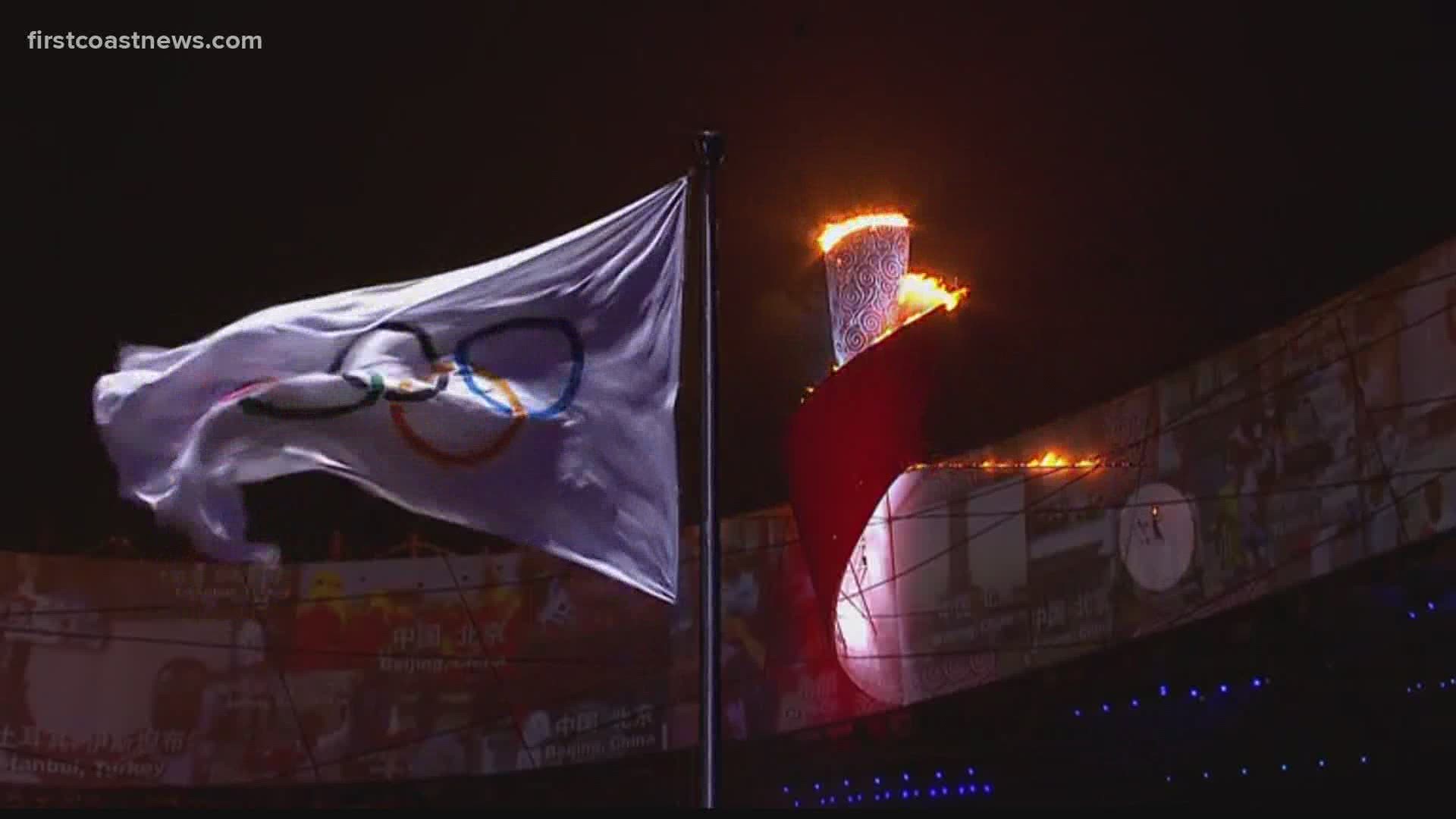 JACKSONVILLE, Fla. — The 1992 Olympics in Barcelona were memorable for multiple reasons on a national scale.

Primarily, it was the debut of the original Dream Team, featuring Michael Jordan, Magic Johnson, Larry Bird, and pretty much every other greatest basketball player of all time (and Jacksonville's Christian Laettner too, FYI).

You may also remember the massive Reebok hype campaign of Dan O'Brien and Dave Johnson leading up to the Olympics that year. There were commercials for a year promoting the two dueling it out as Team USA decathletes.

The thing about doing a massive ad campaign about athletes before Olympic qualifiers happen is the risk that the athlete doesn't actually make it into the games.

Which is exactly what happened in this case, O'Brien did not qualify for the Olympics.

But it's also very memorable as perhaps the major highlight of Martin Zubero's life.

"For me, the Olympics is the biggest moment of my life," said Zubero, who now coach's swimming at Episcopal School of Jacksonville.  "The Olympic dream is something a lot of swimmers have at a very young age."

Which was the case for Zubero, who grew up here in Jacksonville.

He went to Bolles School, and then was on the swimming team at the University of Florida. But Olympic greatness was also swimming in his gene pool.

He has two older siblings who also qualified for the Olympics.

"My brother and sister did it, so I had to follow in their footsteps."

But there was an extra layer of importance for Zubero, since these games were in Spain.

Even though he was born, raised and lived his whole life in Jacksonville, his family is from Spain. He had duel citizenship and that qualified him to swim for the Spanish team.

"We grew up going to Spain every summer, and I would swim and compete for teams there," he said.

He qualified for four events in those games, and the crescendo came during the 200-meter butterfly event.

And he got to live the moment he - and every other young Olympic hopeful - dreamed of his whole life, standing on the gold medal podium.

"In that moment I was thinking it wasn't so much about winning, but it was about accomplishing your dream and working for it," he said.

"I was thinking of all those people who helped [me] out along the way."

And other than having bragging rights at the Thanksgiving table forever - his brother won a bronze in 1980 - the medal gives him automatic street/pool cred with the young swimmers on his teams at Episcopal.

Though coincidentally, he doesn't even have the most Olympic gold medals on the street he grew up on.

"Nancy Hogshead [Makar] grew up right across the street from me," he said.

She is a three-time gold medal winner.

Obviously something in the water in Jacksonville, when it comes to cleaning up with Olympic gold.