Jeannie Blaylock got to interview Dressel from Rockefeller Plaza just after he appeared on the Today Show. 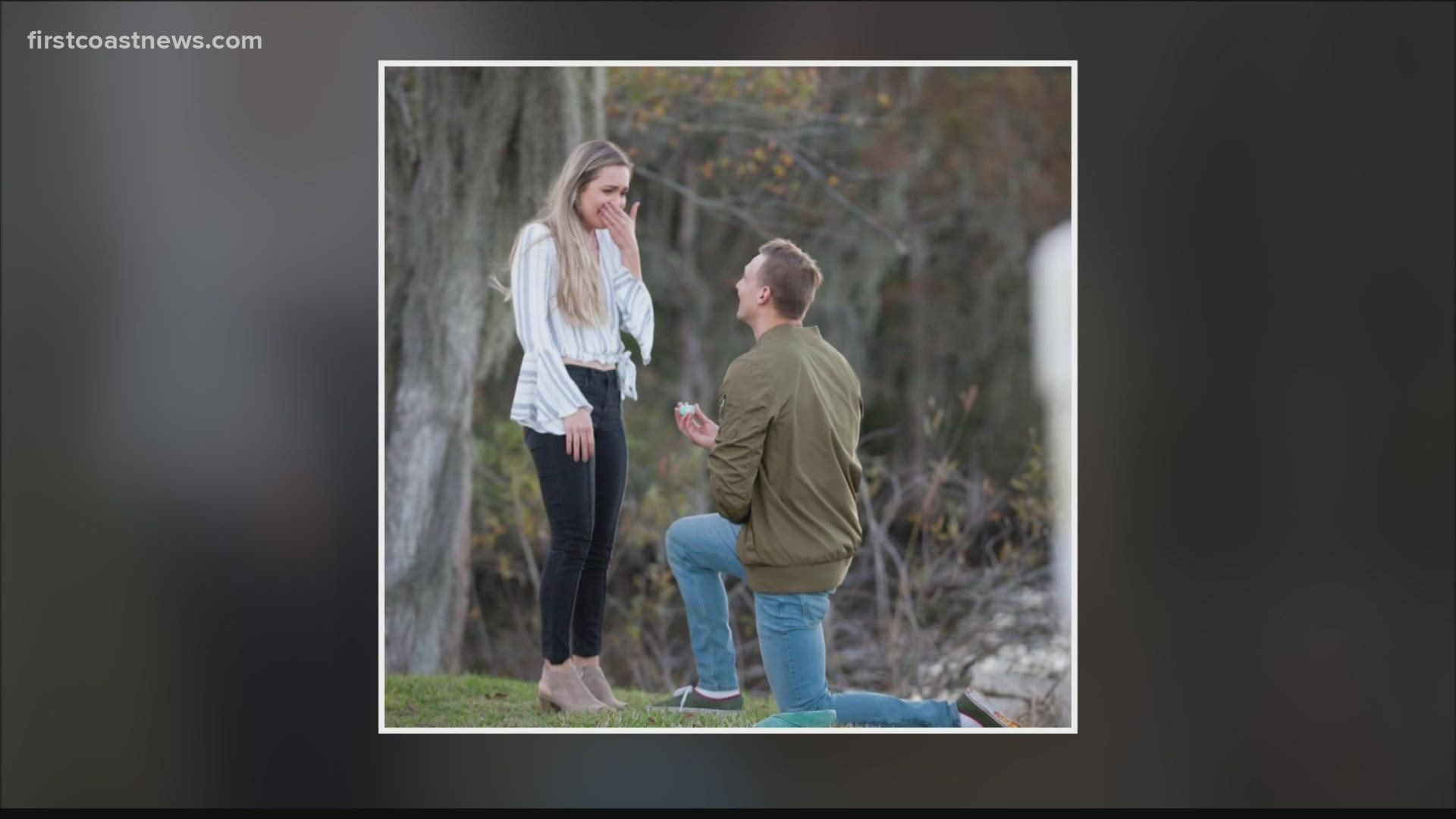 NEW YORK — It's not every day you get the chance to interview a gold medal Olympian fresh off the plane from Tokyo, but that's exactly what Jeannie Blaylock did Tuesday morning from Rockefeller Plaza in New York.

Caeleb Dressel reunited with his family in New York and interviewed live with the hosts of the Today Show. But he also took some time to chat with Jeannie.

He told her more about what it feels like to win five gold medals in Tokyo. He also shared the story of how he proposed to his now wife, Meghan. Watch below to hear the story!

On Today, Dressel revealed that he kept his medals in his carry-on bag as he made his way back to the United States. He also shared some poignant moments with Meghan and his parents, with his mom telling him she misses taking him to swim practices and meets at 3:30 in the morning.

"We ran up, it was very emotional," Meghan Dressel said. "Many tears this week, happy tears." 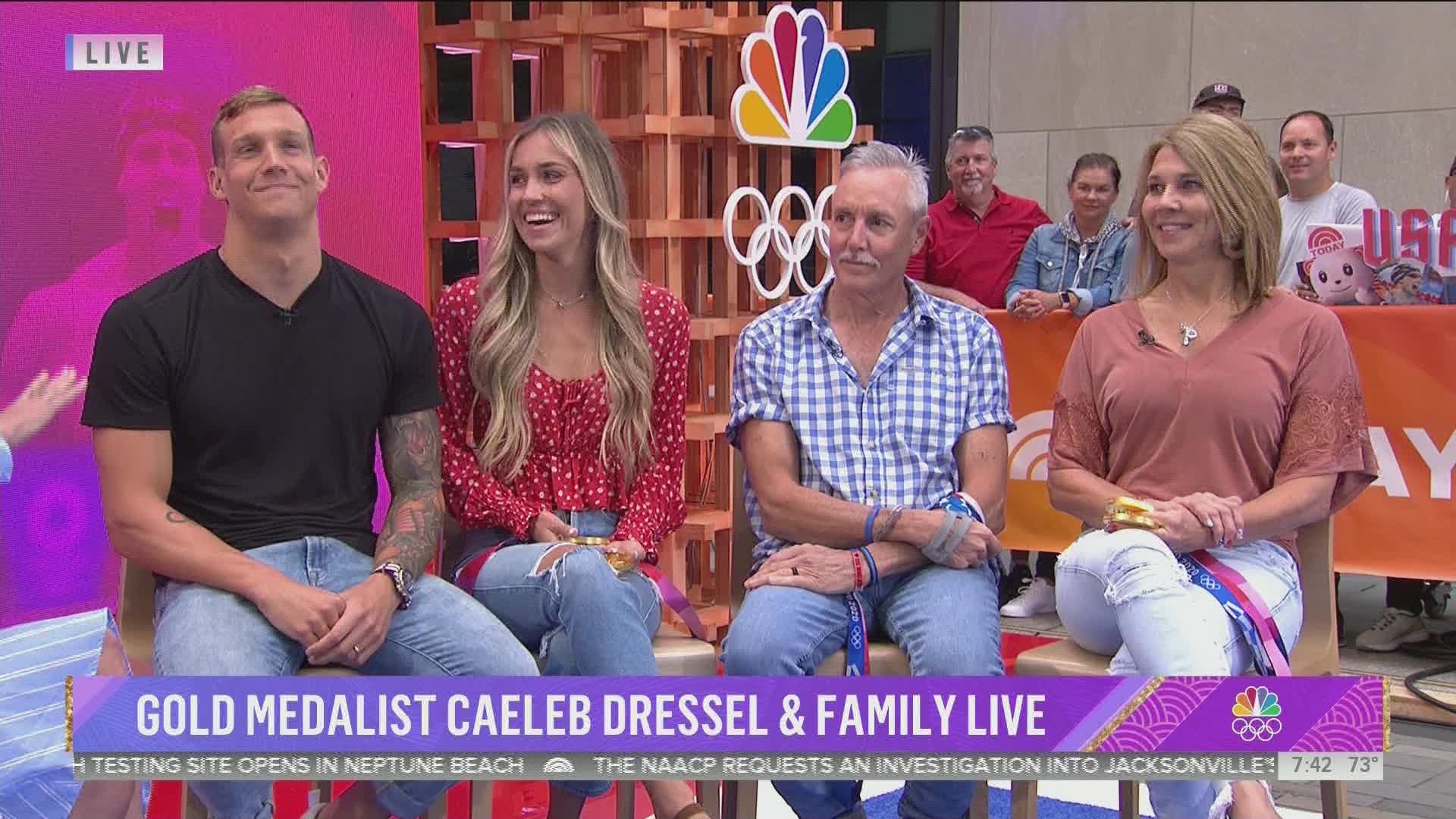 "This is me, America," Dressel said, donning the cowboy hat. He said he hopes to do it all again in three years at the Paris Olympics. 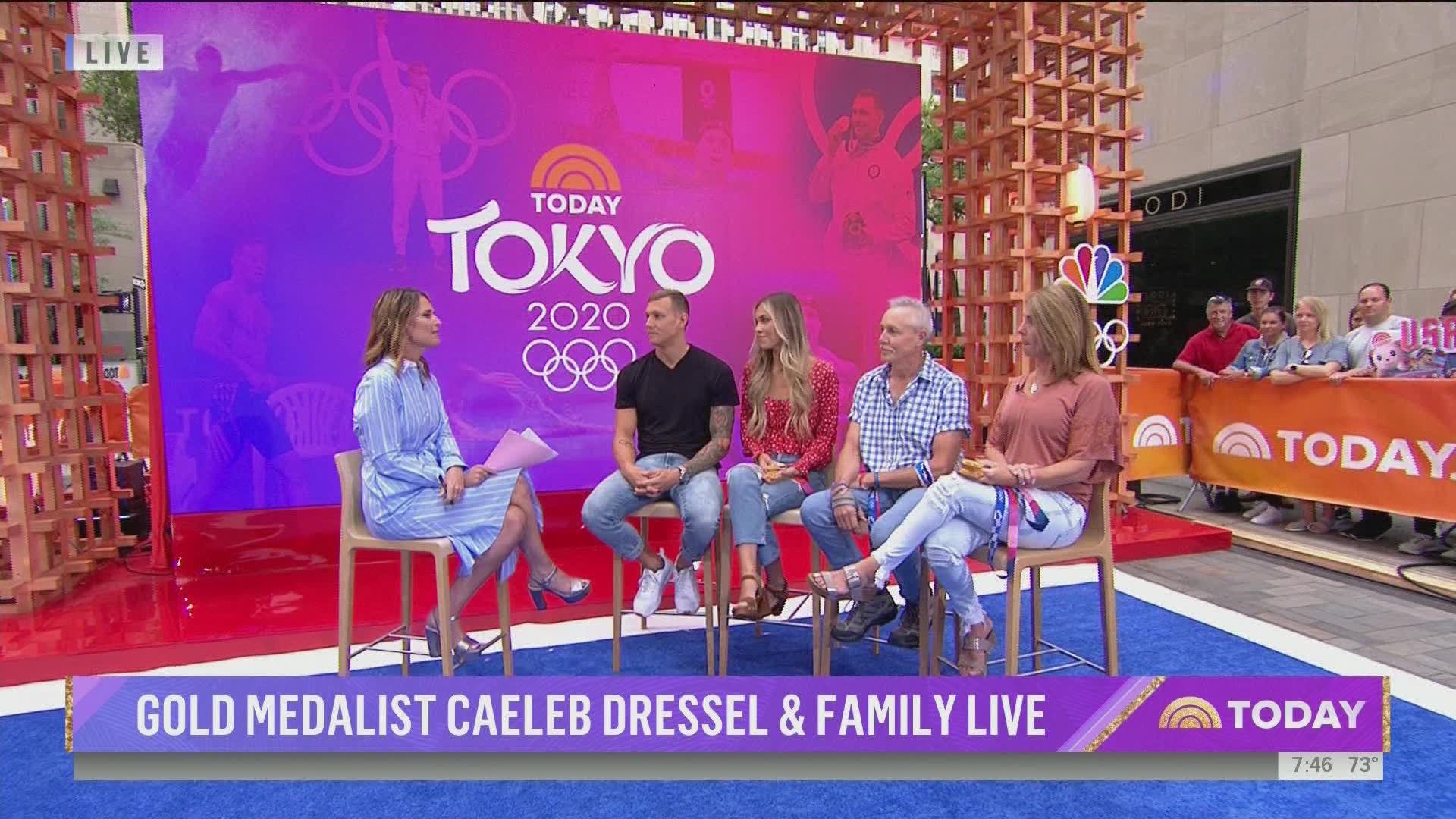 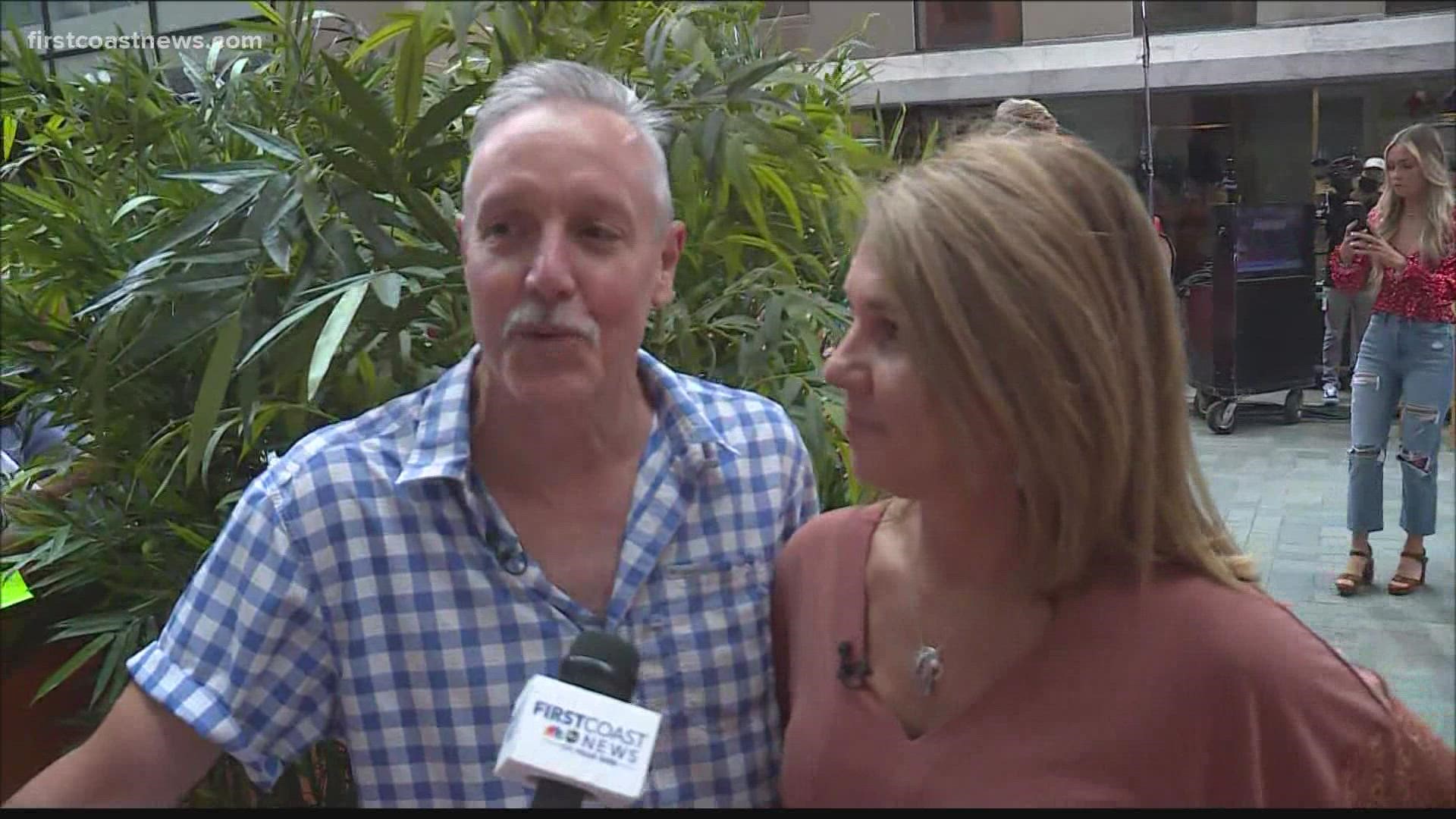 So what was actually fun at the Olympics for Caeleb Dressel? I’m fresh off an interview with the 5-time gold medalist in NY at the Today Show. Tonight on First Coast News ⁦@FCN2go⁩ pic.twitter.com/wxp8OfRvYX

Just got to interview Caeleb Dressel on the Today Show set! He told the great story about how he proposed to his wife…and more about his 5 golds! pic.twitter.com/Ndg83fp2m5

Wow! I’ve made it to NY to the Today Show set…waiting on Caeleb Dressel! Join us today for a celebration of his 5 golds! pic.twitter.com/CC11N2P5cl

On the plane heading to NY to help welcome home Caeleb Dressel from the Olympics! Watch the big reunion with his family —winding up to the moment starting tomorrow at 6 on GMJ. —-5 Gold! pic.twitter.com/5bCvXLqYVX

RELATED: All the medals the US has won so far at the Tokyo 2020 Olympics