Episcopal graduate Scantling achieved the next memorable step in his comeback story, winning the men's decathlon on Sunday night. 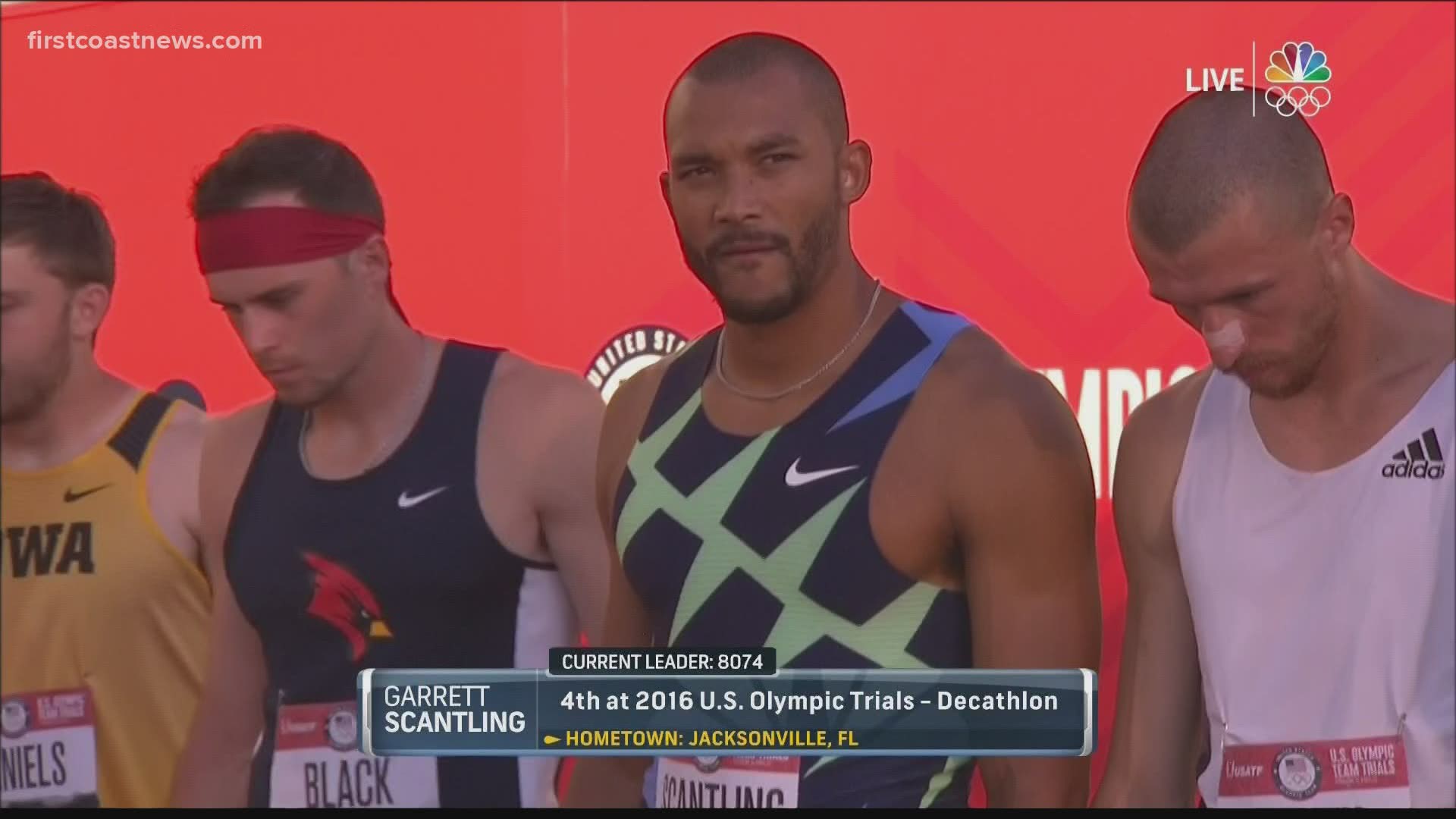 JACKSONVILLE, Fla. — For Garrett Scantling, the Olympic dream is now reality — in track and field's most punishing all-around competition.

Episcopal graduate Scantling achieved the next memorable step in his comeback story, winning the men's decathlon on Sunday night at the U.S. Olympic Team Trials for track and field at Hayward Field in Eugene, Ore.

After narrowly missing out on the 2016 Games in Rio de Janeiro, and stepping away from track competition for years, Scantling topped the standings with 8,647 points in the 10-event series long regarded as the ultimate test of diverse skills in track and field.

Now, he's set to represent the United States at next month's Olympic decathlon in Tokyo, following in the path of more than a century of American athletes dating back to Jim Thorpe — who, like Scantling, brought a football background to the track when he won gold in 1912.

Already on top after the first day of competition, Scantling kept the momentum going strong into Sunday, opening the session with personal-best marks in the 110-meter hurdles (13.88 seconds) and in the discus throw (158 feet).

He also cleared a personal-best 16 feet, 10 3/4 inches in the pole vault, the event in which he won the Florida High School Athletic Association championship in 2011 while at Episcopal, and placed first in the decathlon javelin at 210 feet, 8 inches.

Scantling still had just enough left in the tank in the 1,500, often his weakest event in the past, to run 4:57.75, leading Steven Bastien and Zach Ziemek onto the Olympic roster.

He had been in position to qualify for much of the competition in the 2016 Olympic Trials, but faded in the 1,500 and ended up with the fourth-highest point tally. Only the top three Americans qualified for Rio de Janeiro.

Meanwhile, Ponte Vedra's Nicole Greene shattered her personal best and placed third overall in the women's high jump, but her height wasn't enough to clinch an automatic berth at the Olympics.

Greene far surpassed her personal record of 1.88 meters, clearing first 1.90 meters and then 1.93 meters. But she did not clear the Olympic standard mark of 1.96 meters, leaving the selection based on a complicated formula involving World Athletics' rankings.

Fletcher graduate Kayley DeLay made her debut at the Olympic Trials, running in the women's 3,000-meter steeplechase and placing 11th in her heat in 9:58.