What does Ryan Murphy eat the day of his Olympic race? | 4 things to know about Jacksonville's hometown Olympian

We look at four things - from behind-the-scenes - you probably don't know about Ryan Murphy. 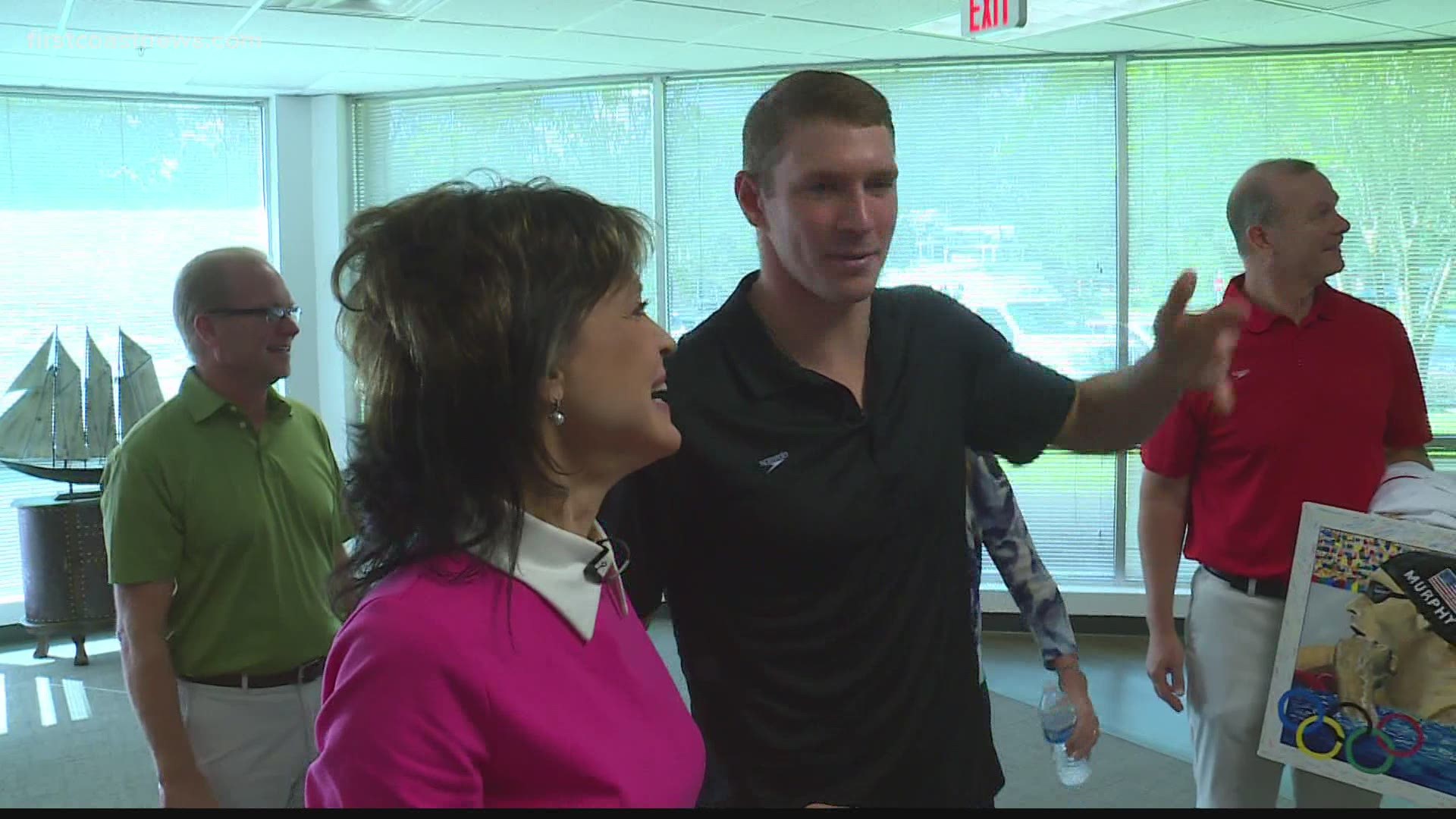 The backstroke king from Ponte Vedra and the Bolles swimming program set a world record and an Olympic record in the 100-meter backstroke.

So what does Murphy eat on the day he competes in an Olympic race?

Murphy, of course, said he concentrates on healthy proteins, such as chicken. But there's more from his Mom, Katy Murphy. "I think he eats peanut butter and jelly before a race, meaning a few hours before," she says.

And what type of jelly?

"I think his favorite is strawberry. If he remembers when he was little it was always grape,"  she said smiling.

And what food is a mainstay on his training table?

Before Murphy even made the Olympic team in 2016 for Rio, he told us his coaching team at the University of Southern California, Berkeley, had him eating beets. Back then it seemed to be - perhaps -- a bit of a stretch for Murphy.

But now beets are still part of his training diet.

"He definitely likes beets," his Mom said. "He even bought them when he was home for Christmas. We went to Fresh Market" to make sure we found what he wanted, she said.

Credit: AP
FILE - In this Aug. 11, 2016, file photo, United States' Ryan Murphy shows off his gold medal after the medal ceremony for the men's 200-meter backstroke final during the swimming competitions at the 2016 Summer Olympics in Rio de Janeiro, Brazil. On any given day in the University of California, Berkeley pool, three-time Rio de Janeiro Olympic gold medalist Ryan Murphy might be going at it against Tom Shields in start drills off the blocks and a short sprint to the other side. (AP Photo/Martin Meissner, File)

Is Murphy an ego case?  No.

Obviously, that's not something we can prove. But First Coast News anchor Jeannie Blaylock has covered Murphy for years and says he's always polite and never brags on himself.

For example, in Rio, Murphy didn't even realize how fast he swam the 100m backstroke. He didn't even bring up the results in interviews.

"OR" stands for Olympic Record. Murphy had won a gold and set the new Olympic record with a 51.97 time in the 100-meter backstroke.

Murphy and his family are now big supporters of Buddy Check, a joint project between First Coast News and Baptist/MD Anderson. Murphy has taken time out to meet with Jacksonville-area business employees and encourage early detection.

His family has helped inspire thousands of dollars in donations to the Buddy Bus, a mobile mammography unit now being built in Ohio for our First Coast.

Murphy also spends time with children fighting cancer through the Tom Coughlin Jay Fund and he works to inspire families to get their kids in swim lessons to cut down the chances of drowning deaths.