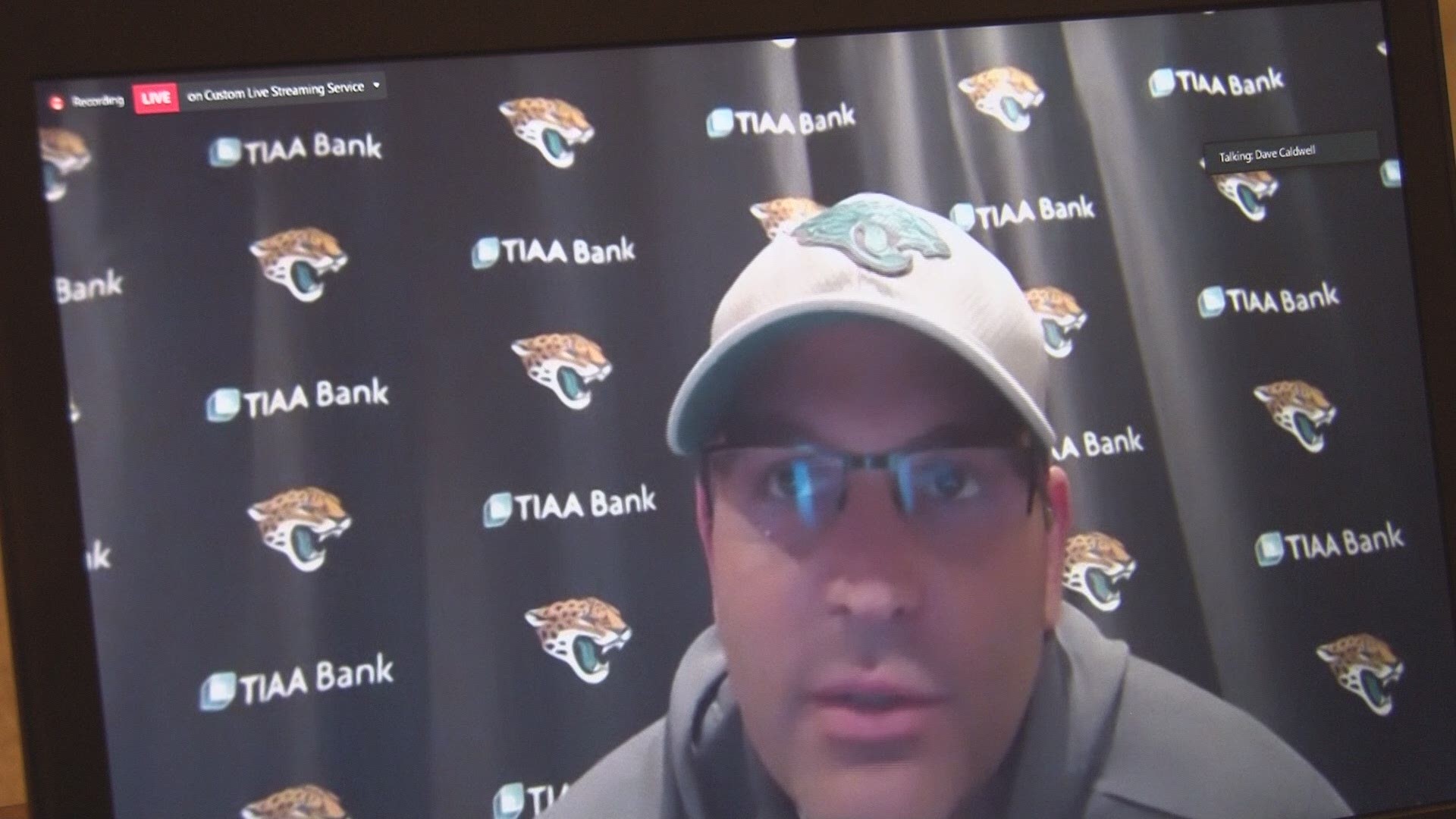 JACKSONVILLE, Fla. — Early Friday morning just after midnight Dave Caldwell laid it all on the line in regards to the Yannick Ngakoue situation. Caldwell says the franchise will welcome Ngakoue back with "open arms" when he finds out that Jacksonville might be "his only option" come this fall.

Yannick has been vocal about wanting a trade from the Jaguars this off-season. General Manager Dave Caldwell says that has been far from the result to this point.

"Weren't even really able to get an offer, I think his options are limited at this point in time"

Caldwell says that Yannick Ngakoue has been a tremendous player and person, first class in his time in Jacksonville but Ngakoue feels like things have not gone his way. The GM hinted that they tried to get a deal done with Ngakoue in the interview.

"We put our best foot forward not once but twice."

With the first round of the 2020 NFL Draft out the window, the odds of Ngakoue getting traded are starting to slim out.