Will the team's lucky charm come in handy on Super Bowl Sunday? There's only one way to find out. 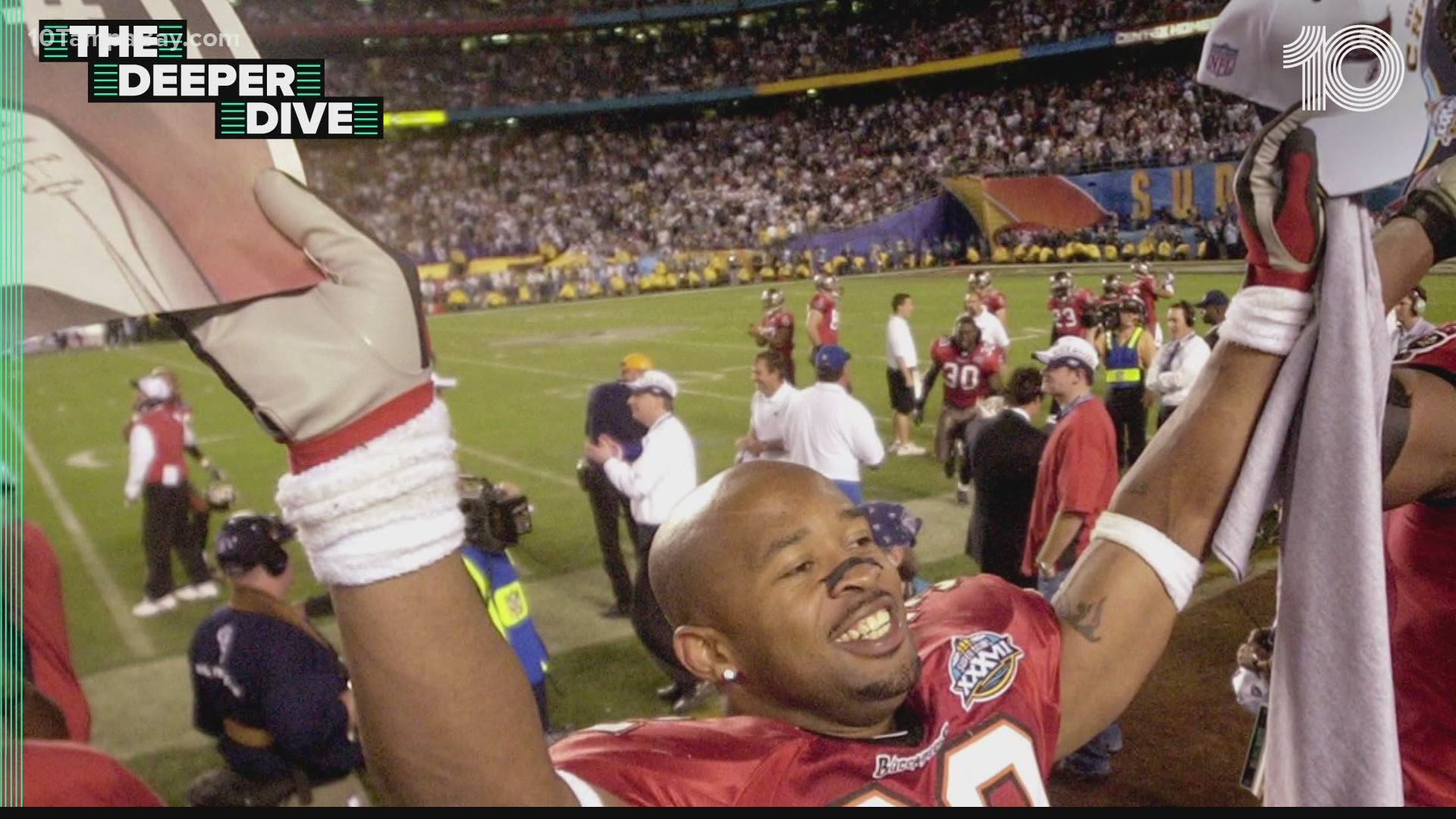 TAMPA, Fla — The seams are sewn and the patches have been added, now all that's left is for the Buccaneers to suit-up in their white jerseys on Super Bowl Sunday.

The Bucs shared photos of their Super Bowl LV-ready jerseys on Twitter Monday where fans could get a glimpse of the gameday patch being attached to the team's seemingly lucky uniform.

The choice to wear the white jersey and pewter pants combo for the big game appears to have been made based on the team's performance while dawning them.

The combo first appeared in the playoffs when the Bucs played the Saints in the NFL's Divisional Round and then came back for last weekend's NFC Championship. The Bucs came out on top in both contests, leading them to become the first team to play in a Super Bowl in their home stadium.

The team also won three times in the regular season while rocking the white jerseys and pewter pants, bringing the uniform's overall record to 5-0.

In the last 15 Super Bowls, teams wearing white are 13-2, according to 10 Sports reporter Grace Remington.

But what game day threads did the Buccaneers wear for their 2003 Super Bowl victory? Turns out it was their red uniform combo.

The Kansas City Chiefs will wear their red jerseys for Super Bowl LV.