Rivera was fired by the Panthers after eight full seasons in charge of the team. 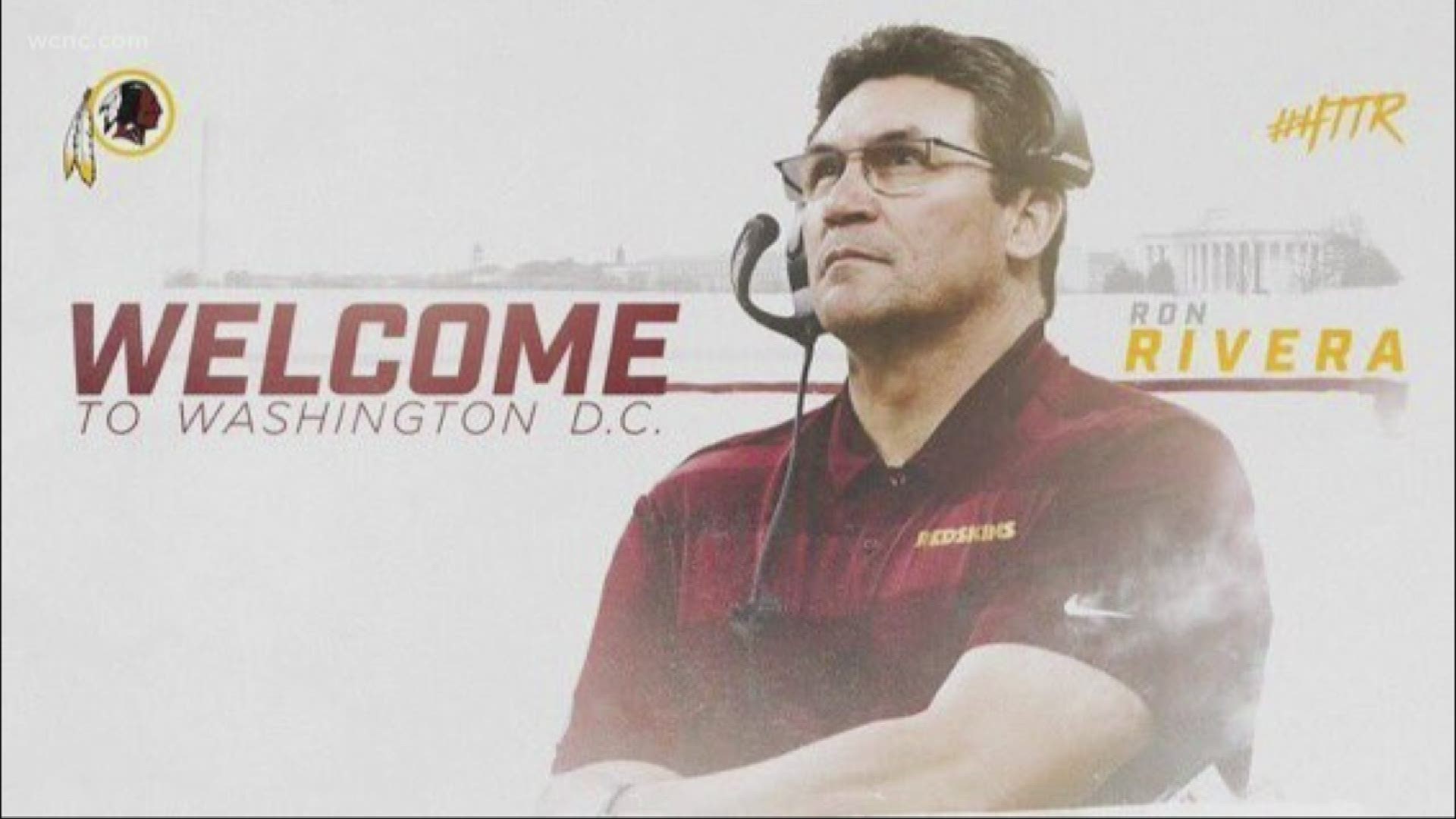 The team made the announcement Wednesday morning after several reports linked Rivera to the opening. Rivera was fired by the Panthers after a four-game losing streak dropped the Panthers to 5-7 overall. Rivera joined the team in 2011, along with MVP quarterback Cam Newton. Together, the two led the Panthers to three straight NFC South championships from 2013-15.

Rivera is a two-time Associated Press Coach of the Year winner, in 2013 and 2015. He led the Panthers to the playoffs four times, including an appearance in Super Bowl 50 following the 2015 season.

“While I love the storied history of the franchise, I am focused on the future and excited for the opportunity to win football games with this talented young team,” said Rivera. “After meeting Dan Snyder, it was clear we are aligned in our passion for the game and he supports my vision to turn the team around. I look forward to surrounding myself with great people and getting to work.”

RELATED: Ron Rivera: 'My biggest regret is not winning the Super Bowl'