Rhule has been head coach at Baylor for three seasons, leading the Bears to the Sugar Bowl in 2019. 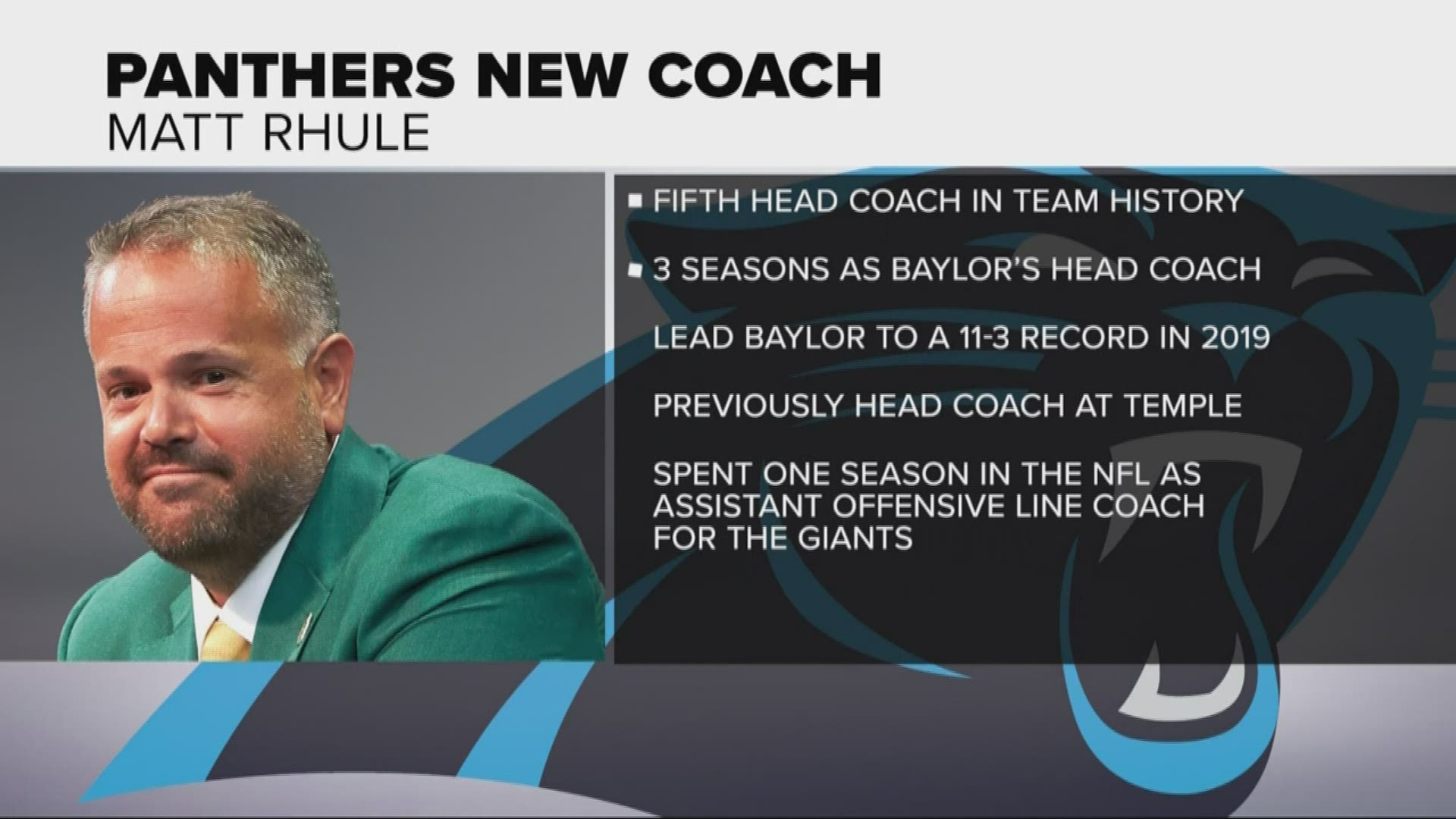 Rhule, 44, has experience in the NFL as an assistant coach with the New York Giants in 2012, coaching the offensive line.

Tuesday's deal was first reported by Yahoo Sports' Pete Thamel and quickly confirmed by WCNC NBC Charlotte's Ashley Stroehlein. NFL Network insider Ian Rapoport tweeted that the team, who visited Rhule in Waco, Texas, did not want him to interview with the New York Giants.

He reportedly was offered a seven-year contract worth up to $70 million.

Rhule will become the fifth head coach in Panthers history. He spent the last three seasons at Baylor after serving as head coach at Temple.

Meeting with reporters for the first time since the news broke, Rhule spoke outside his home later Tuesday.

In a video posted by the Carolina Panthers, David Tepper is seen speaking on the phone with Rhule as the two seal the deal.

"I think we are going to have a great partnership," Tepper said in the video.

Rhule was a popular name among NFL coaching searches. After reportedly turning down an interview with Cleveland, Rhule was set to meet with the Giants before David Tepper convinced him to join the Panthers.

Rhule's agent called the Giants to see if they would match Tepper's offer and they didn't, according to WCNC Sports Director Nick Carboni.

Rhule was a walk-on linebacker at Penn State from 1994-97, taking part in three bowl victories, including the Rose Bowl in 1995.

Rhule has been the head coach at Baylor since 2017, taking over a program that was in shambles. After a 1-11 record in 2017, Rhule led the Bears to the Big 12 Championship Game and Sugar Bowl. As a result of his team's performance, Rhule was named AP Coach of the Year in the Big 12.