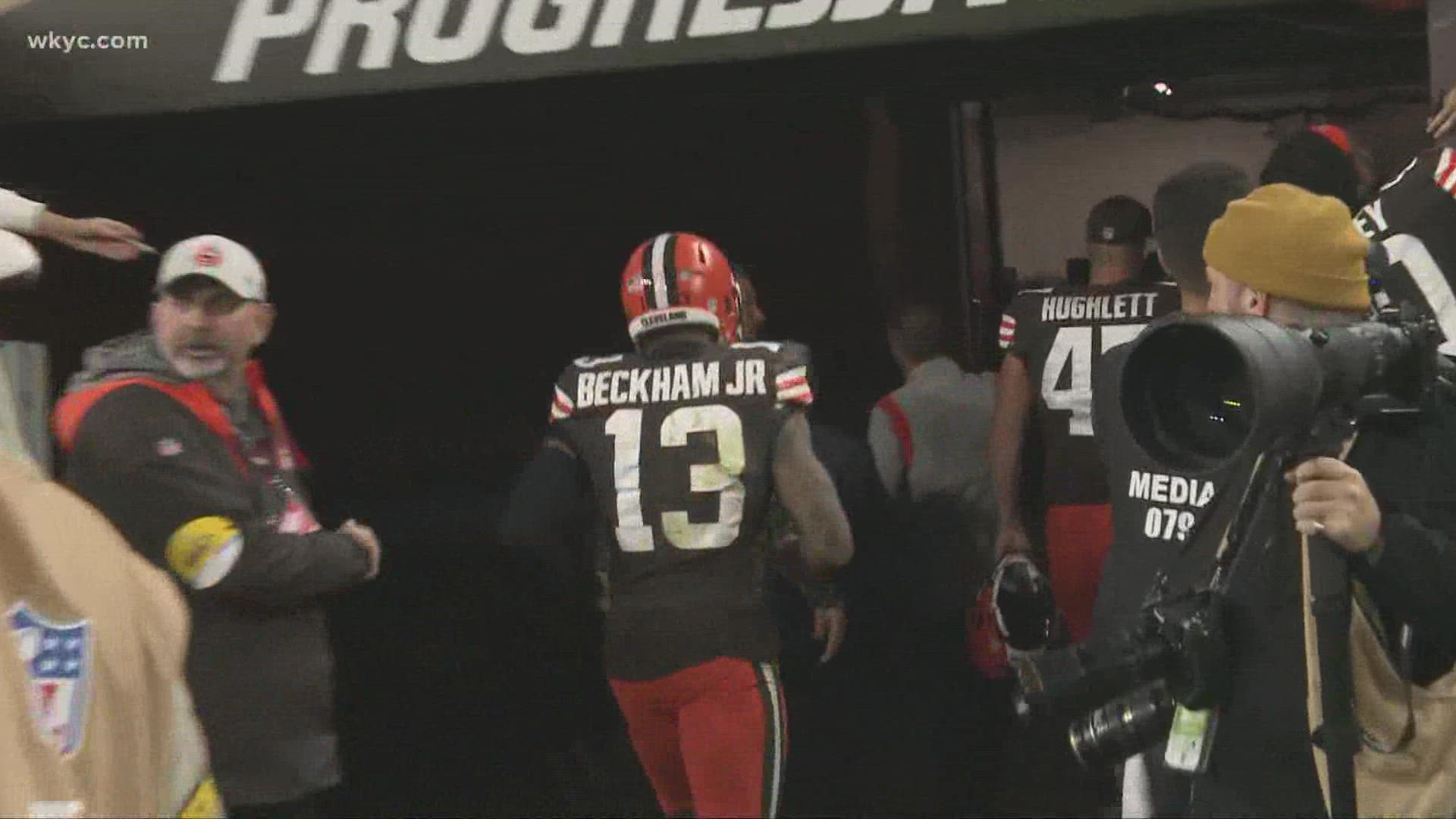 CLEVELAND — Editor's note: the video in the player above is from a previous story.

Nearly one week after coming to terms on his release with the Cleveland Browns, Odell Beckham Jr. has a new home. On Thursday, the Los Angeles Rams announced that they have signed the three-time Pro Bowl wide receiver.

Beckham's decision to sign with the Rams comes three days after the Browns officially released him following a week's worth of drama. After catching just one pass for six yards in Cleveland's Week 8 loss to the Pittsburgh Steelers, Beckham reportedly asked for a trade. Hours ahead of the NFL trade deadline on Tuesday, Beckham's father, Odell Beckham Sr., posted an 11-minute and 24-second long video clip of quarterback Baker Mayfield missing his son on various throws throughout the 2021 season to his verified Instagram account. Additionally, Beckham's friend and NBA superstar LeBron James took to Twitter to encourage the Browns to part ways with the 2014 NFL Offensive Rookie of the Year.

After being unable to find a deal to trade Beckham, the Browns excused the LSU product from their Wednesday and Thursday practices. On Friday -- Beckham's 29th birthday -- the team officially announced that it would release him, although the move ultimately didn't occur until Monday.

“To be honest, this really is not about the video," Browns general manager Andrew Berry said on Friday. "It is really about a series of discussions, certainly over the last week but even spanning back longer than that. At times, I do think that whether you want to call it a level of frustration that exists that just really just makes it difficult to have a productive reconciliation.”

After being released by Cleveland, Beckham was subjected to waivers, where he ultimately went unclaimed. Throughout the week, the New Orleans native had been linked to multiple teams including the Green Bay Packers, New Orleans Saints, Kansas City Chiefs, New England Patriots and Seattle Seahawks before opting to sign with the Rams.