Why does Jalen Ramsey want out of Jacksonville? 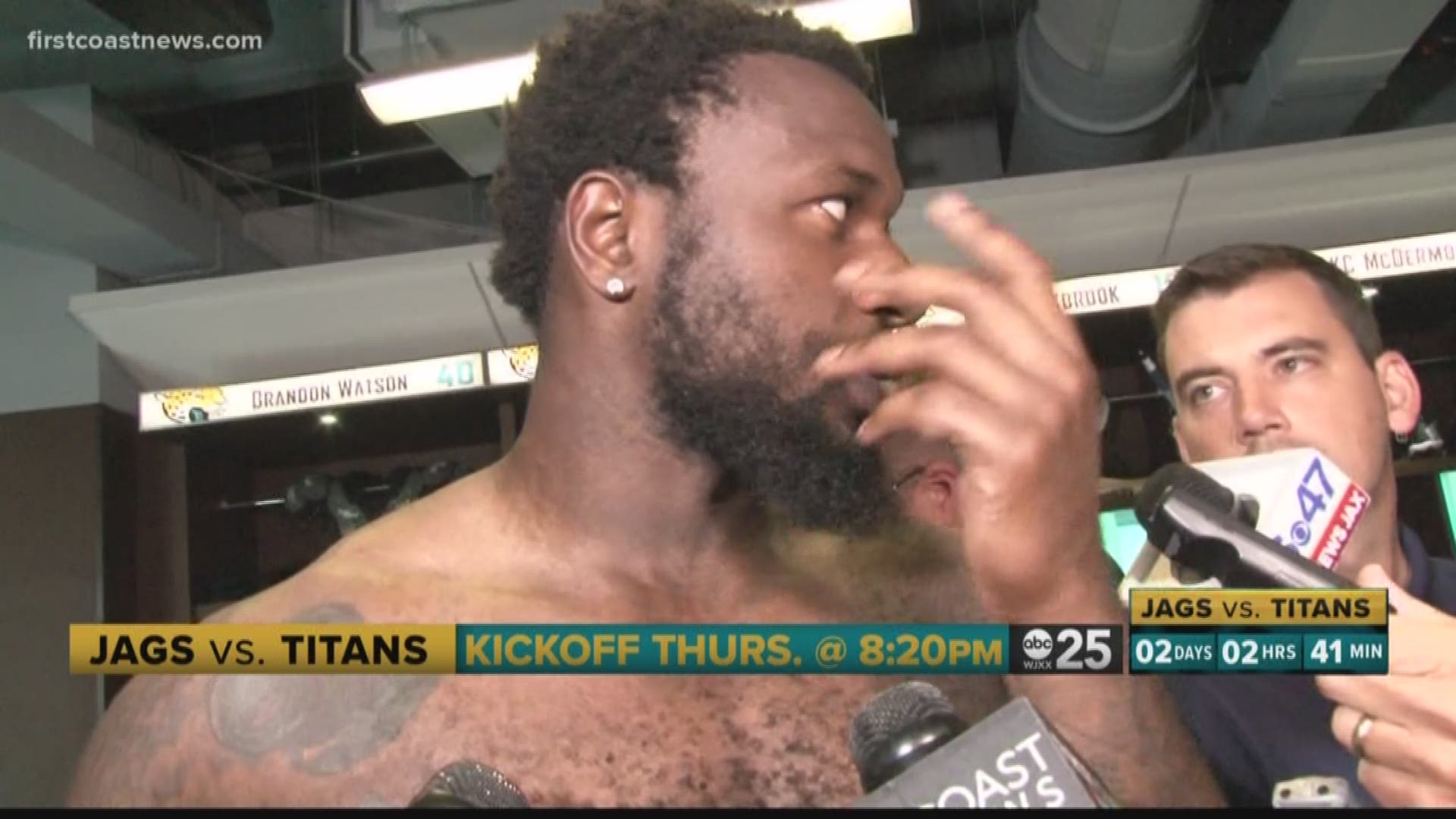 "Are you being properly used?" one reporter asked at Jalen Ramsey's last-minute press conference on Tuesday morning.

But, as much as he tried to downplay the "rumors" floating around social media channels, there is a lot of "negative" theories being tossed around as to why Ramsey's agent requested a trade Sunday night. The request came after an in-game scuffle with Jaguars' head coach Doug Marrone on the sideline, but many believe this problem has festered for quite some time -- even if Ramsey would not confirm nor deny it when asked that exact question.

One such theory suggests Ramsey is upset with the Jaguars' scheme. NFL Network's Ian Rappaport specifically pointed to this in reporting Ramsey's trade request.

However, Jaguars' defensive coordinator downplayed such a notion, saying "scheme" changes from game to game.

“Nobody plays the same defense every time obviously, but we go in each week as a staff figuring out what gives us the best chance to win as a team," the third-year defensive coordinator explained. "With not only Jalen, but some of our other players, we kind of give them a heads up, usually on Monday nights, ‘Hey, this is what we are planning on doing. This is where our major calls are.’ There is communication back and forth all the way.

"The bottom line for us is that we are going to do what we need to do as a staff for what we think as a staff it takes to win the football game." 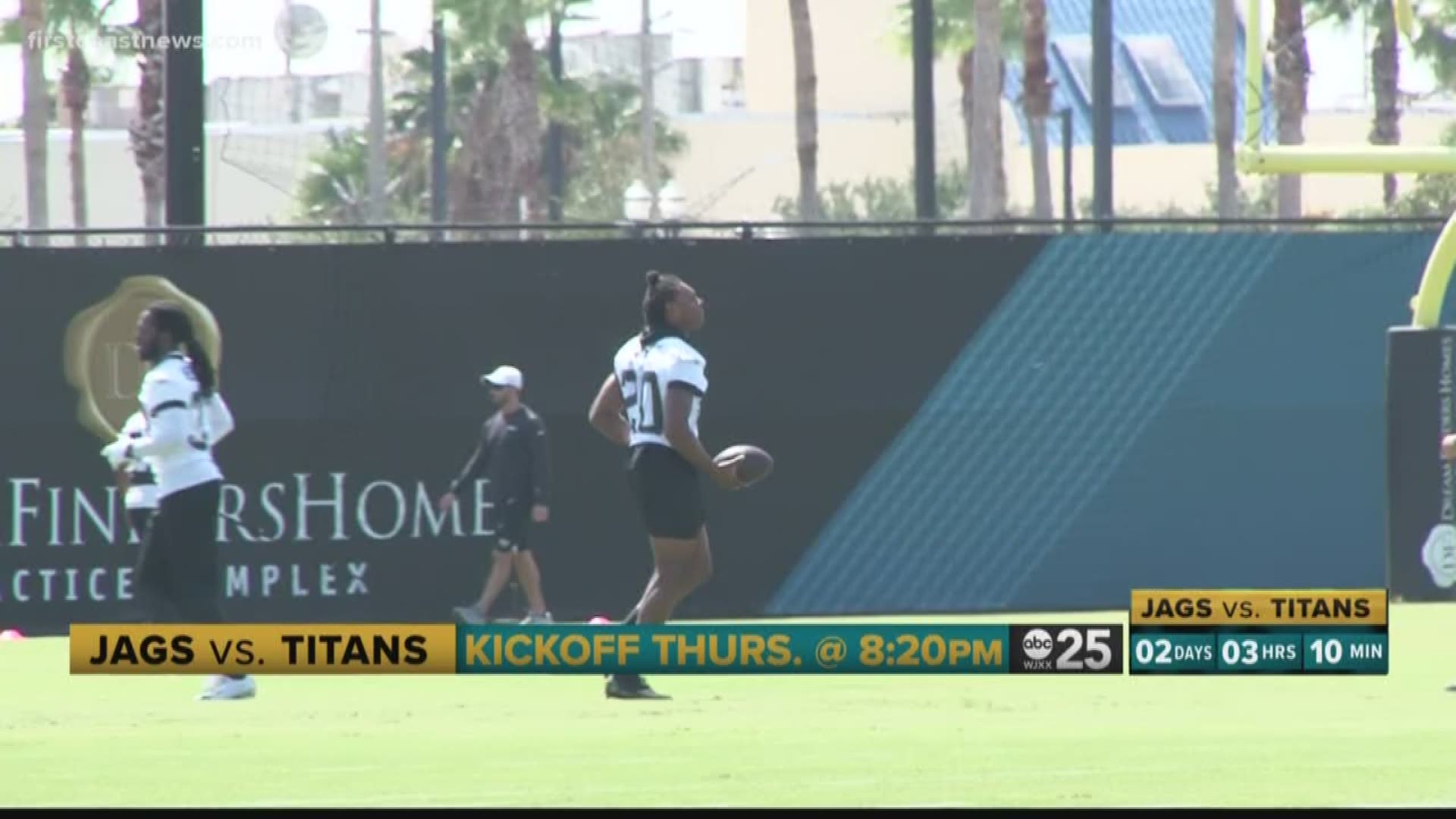 In the locker room, Ramsey's teammates supported him, but also stressed their focus on this Thursday night's game with the Titans.

"I can't lie to you: that ain't my problem or my situation." said defensive end Yannick Ngakoue. "At the end of the day, that's my teammate. All we can focus on right now is ballin'. That's football. I'm just trying to focus on what we got ahead, and we got a game in two days."

Ngakoue was mentioned in Ramsey's late-morning press conference though, as his fellow, 2016 draftee stressed how deserving Ngakoue is of a new-contract. Ngakoue appreciated the message.

"I love my guys. I love Myles. I love Jalen. Jarrod [Wilson]. We all 2016 guys," the fourth-year defensive end said. "But at the end of the day, it's part of the game. Guys change teams every year. Roster's not gonna be the same every year, no matter what organization you're playing for."

Ngakoue, who held out of much of 2019 Training Camp in hopes of landing a new deal, remains on his rookie contract, as does Ramsey. Linebacker Myles Jack, the Jaguars' second-round draftee in 2016, did receive a $57 million contract at the beginning of the regular season.

Yet Jack was present for Ramsey's press conference, clearly in support of his long-time teammate. Joining him was first-year Jaguar, Josh Robinson. The two stood in the back of the room, engaging with Ramsey when he referenced them, and "escorting him" out of the press conference.

At one point, Ramsey was asked his reasoning for requesting a trade: "a, not getting a [new] contract; b, the way [he's] used as an elite cornerback; c, the organization and things they chose to do." Before Ramsey responded, Robinson and Jack muttered in the back of the room "d, all of the above."

Robinson nor Jack were available during open locker room availability Tuesday. Multiple players First Coast News spoke with said they knew about the press conference, but not that two of their teammates had joined Ramsey there.

One thing is for certain: whether it was a sign of solidarity or not, two players went out of their way to go to the opposite side of TIAA Bank Field and attend Ramsey's press conference.

That says something about how they feel about their current, and maybe soon-to-be former, teammate.