Tebow stepped onto the practice field sporting a teal practice jersey Thursday, hours after the news broke that the Jaguars had officially signed him as a tight end. 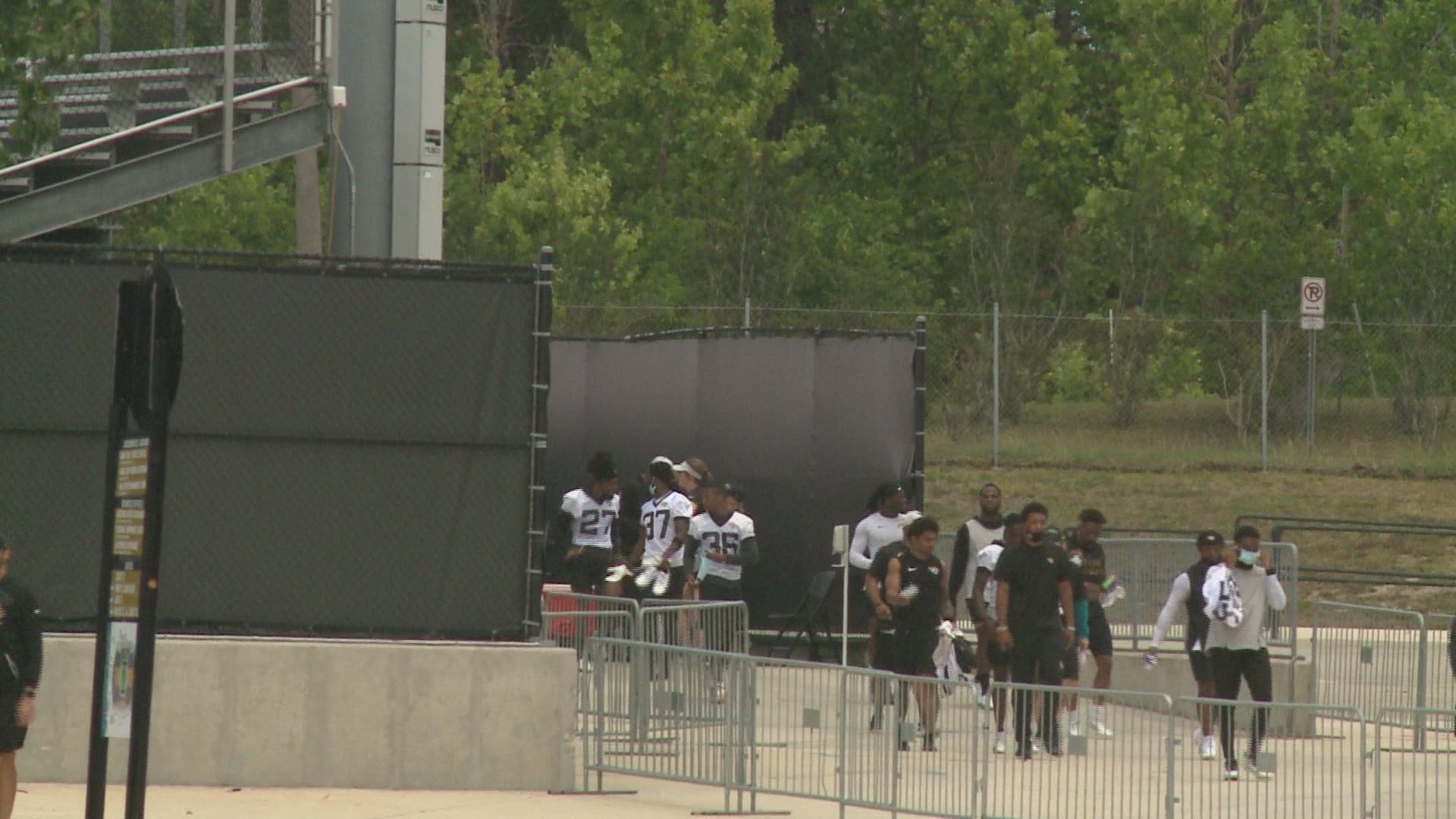 JACKSONVILLE, Fla — He's been a Nease High School Panther, a Florida Gator, a Denver Bronco, a New York Jet and even a leftfielder with the New York Mets' minor league teams, as well as a sports commentator with ESPN and a philanthropist. Now, Tim Tebow gets to add another title to his resume: Jacksonville Jaguar.

Tebow stepped onto the Jags' practice field sporting a teal No. 85 practice jersey Thursday afternoon, hours after the news broke that the Jaguars had officially signed him as a tight end.

Tebow has a long history with the Jags' new head coach, Urban Meyer, leading the Gators to the 2006 and 2008 BCS National Championships under Meyer's guidance.

Adam Schefter first broke the news that Tebow had requested a try-out with the Jaguars in April. The try-out occurred later that same evening, the first night of the NFL Draft, Jaguars General Manager Trent Baalke confirmed.

Tebow's hometown return to the NFL has rivaled Jaguars fans' excitement over the No. 1 draft pick in Trevor Lawrence. Praise poured in on a Facebook post announcing he had been signed, with fans saying "It's a great day here in J'ville," "Tim has the winner attitude to be successful," and "He should have been in Jax from the beginning of his NFL career."

Meyer told Sunday Night Football analyst Cris Collinsworth that the Jags coaching staff was impressed with what they saw in Tebow's try-outs and that Tebow was in "incredible shape."

Tebow has not played in the NFL since 2012, and he has never played tight end.

Tebow lives in Jacksonville with his wife, Demi-Leigh, where the two are actively involved in the community and the Tim Tebow Foundation's Night to Shine event, an annual party for people with special needs. He is also a part-owner of the Jacksonville Icemen.

RELATED: Tim Tebow reportedly works out for the Jaguars as a tight end, no decision has been made