'It’s an awesome time to be Jaguars fan!" 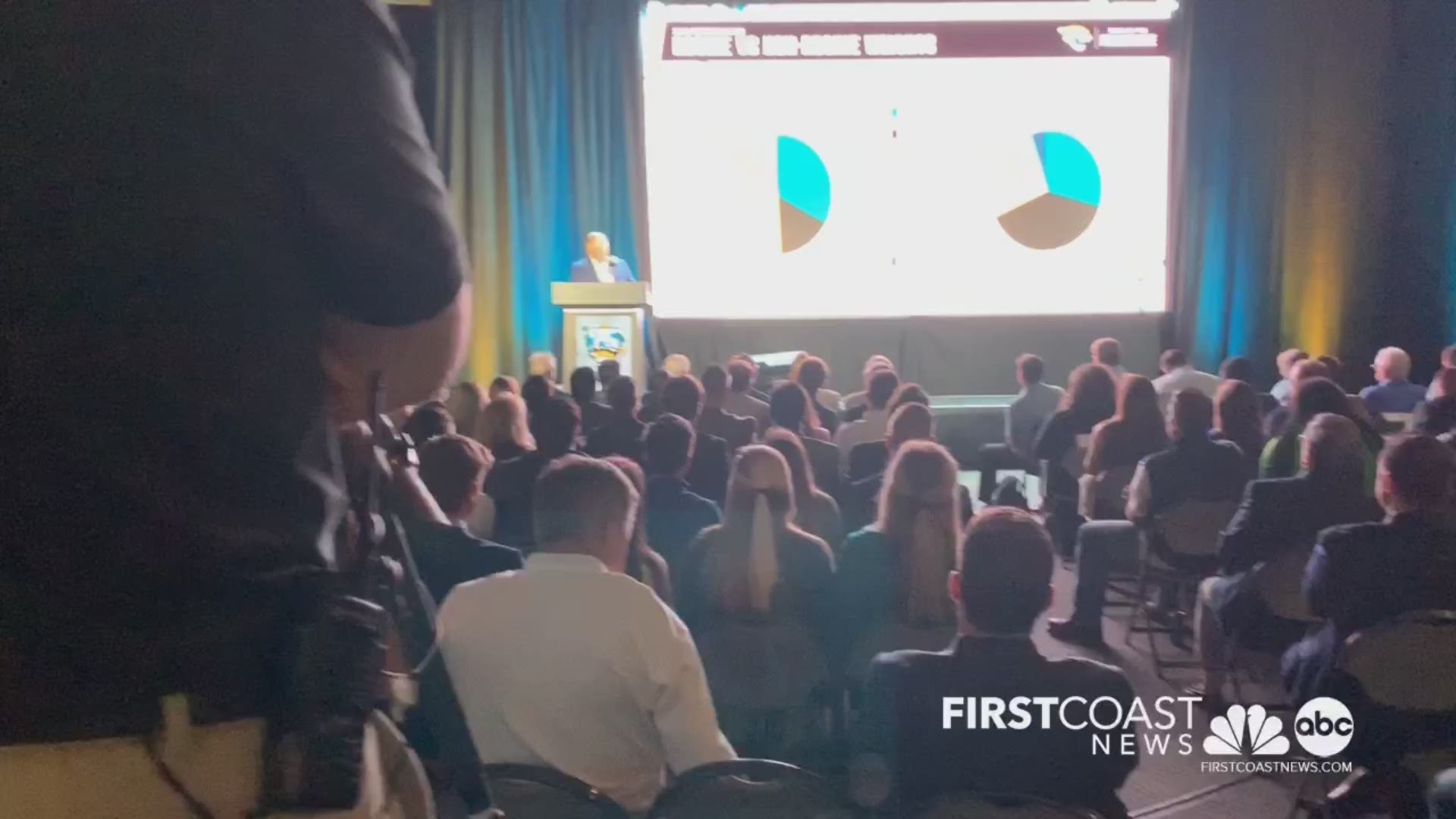 The Jacksonville Jaguars hosted their annual 'State of the Franchise' on Thursday morning to discuss new initiatives within the franchise and developments with Lot J.

The team says the significant 25th anniversary of the Jaguars brings with it a special 25th-anniversary logo. Tom Coughlin says that he hopes we will appreciate the history and the people who’ve been apart of 25 years of Jaguars football.

Additionally, the newly proposed renderings for Lot J were released and include a residential area, hotel, a new live concert arena and an office building.

Jaguars President Mark Lamping says they are prepared to move forward with $500 million dollars of work to Lot J, the project will start once the Jaguars 2019 season comes to a close.

"We’re only going to be as strong as Downtown Jacksonville," Lamping said.