Baalke was named interim GM after Dave Caldwell was fired in November. He previously served as 49ers GM 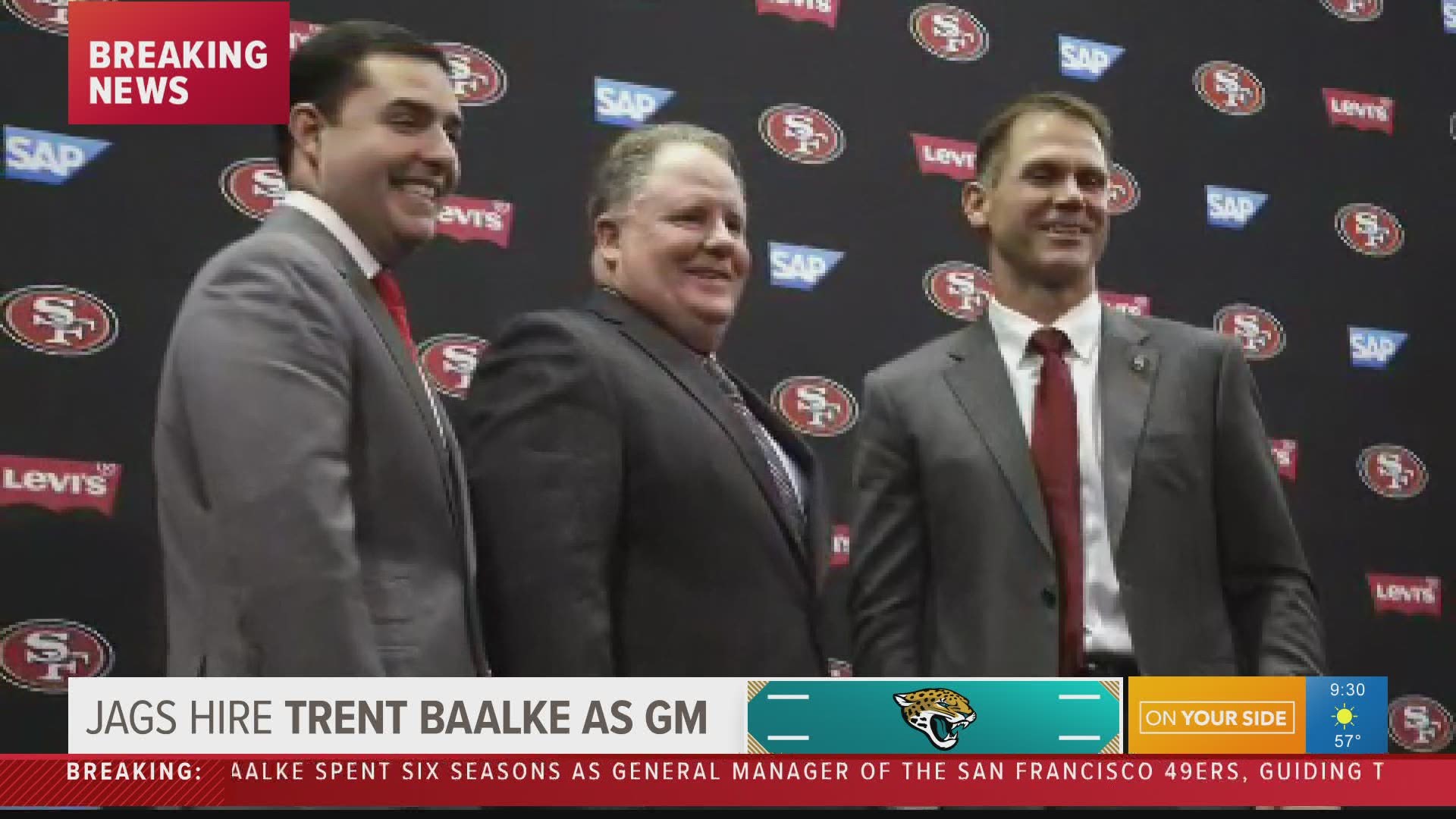 The Jaguars have removed the interim tag off of Trent Baalke's title and made him their full-time general manager, according to a tweet posted by the team on Thursday.

“I would like to thank Shad Khan for the opportunity to continue with the Jacksonville Jaguars as the team’s general manager,” said Baalke. “I look forward to getting to work with Coach Meyer and giving Jaguars fans everywhere the winner they deserve. I am confident that our shared vision will lead our team to success in 2021 and beyond.”

Baalke joined the Jaguars in February 2020 as Director of Pro Personnel. That came after a 12-year run in San Francisco, including six as general manager. While with the 49ers, Baalke was named PFWA Executive of the Year in 2011 after transforming the 49ers from a 6-10 team to a 13-3 team. He also was credited with luring Jim Harbaugh away from Stanford -- although their relationship would eventually sour. Baalke, Harbaugh and the 49ers were Super Bowl runner-up's in 2013.

“Trent Baalke has had success at virtually every level of football, notably so as a general manager who shrewdly and quickly built an NFL conference championship organization and team,” said Jacksonville Jaguars Owner Shad Khan.

After Harbaugh and the 49ers went separate ways in 2014, Baalke would stay on through the one-year, head coaching tenure of Jim Tomsula and the one-year tenure of Chip Kelly. Baalke and Kelly were both relieved of their duties on January 1, 2017.

In between his departure from San Francisco and arrival in Jacksonville, Baalke worked as a football operations consultant for the NFL.

The Bemidji State alum began his career as a scout for the New York Jets and Washington Football Team.

The Jaguars fired Dave Caldwell on November 29, 2020, after eight seasons.