Jacksonville heads back to its roots and will wear teal jerseys for home games. Black had been the team's primary color the last several years. 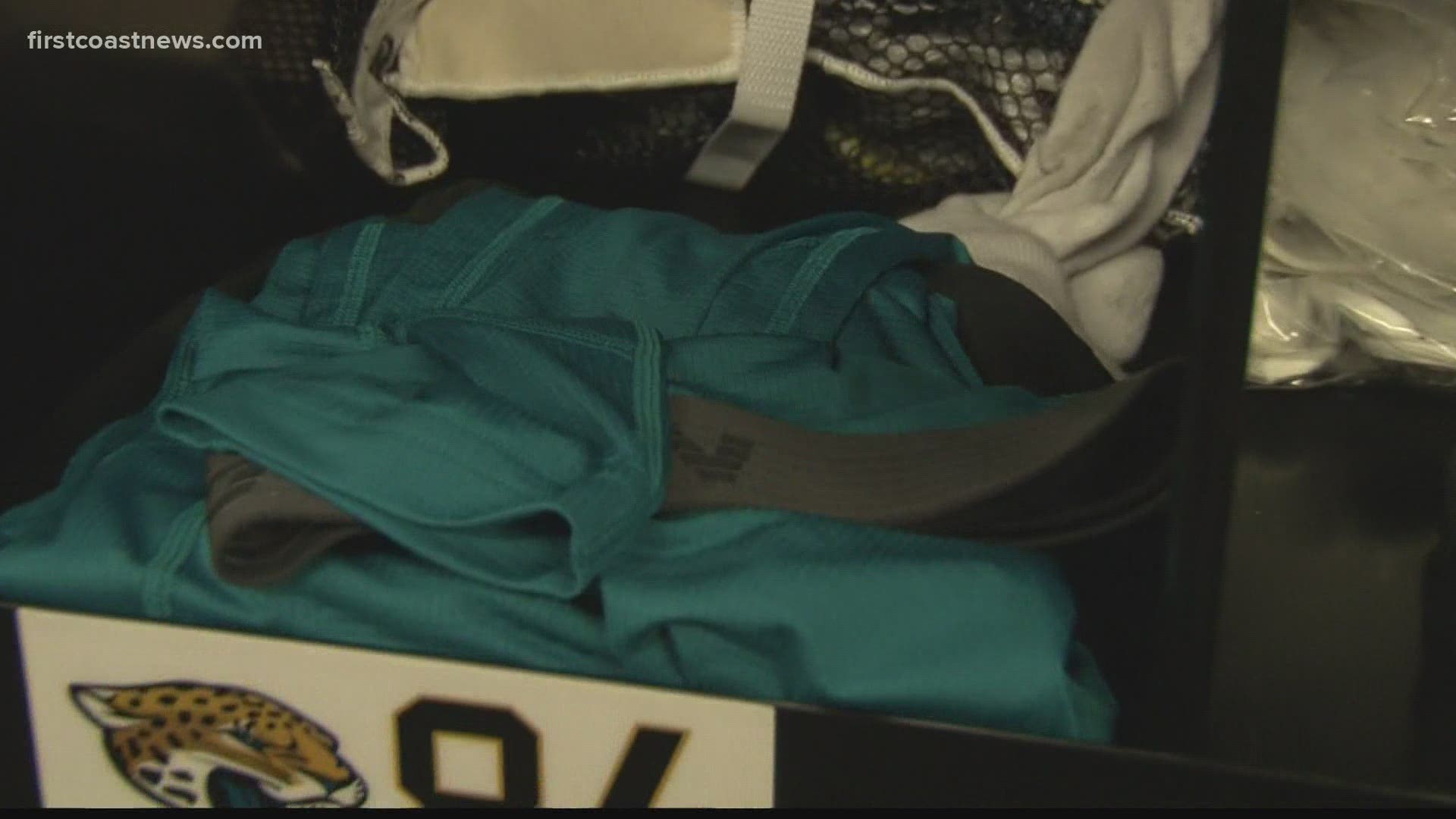 As if a new, franchise quarterback wasn't enough to fill long-time Jaguars fans' cravings: the team announced Wednesday that they will wear teal uniforms at home games this fall. The team had previously worn black jerseys for home games. The Jaguars made the announcement today via press release and a hype video featuring 2019 first-round selection Josh Allen, among others.

“We’ve heard the fans loud and clear,” Head Equipment Manager Jimmy Luck said. “As the only team in the NFL that wears teal, we know what this color means to our organization, the 904 and our entire fanbase. Teal inspires great memories of some of our franchise’s greatest moments. Making the switch to teal as our primary uniform color allows us to celebrate that history while kicking off a new era of Jaguars football.”

The Jaguars have officially worn teal jerseys 114 times and accumulated a 64-50 record in those games, including a 60-42 record in home contests. They first sported the teal jerseys on Sept. 24, 1995 against the Green Bay Packers and earned their first victory in teal on Oct. 22, 1995 at Cleveland.

Jaguars fans quickly caught on to a potential, jersey swap announcement via a social media campaign earlier this week. Over the course of a series of tweets featuring Jaguars players on music album covers, the first letter of each tweet combined to form the phrase "Teal is Primary."