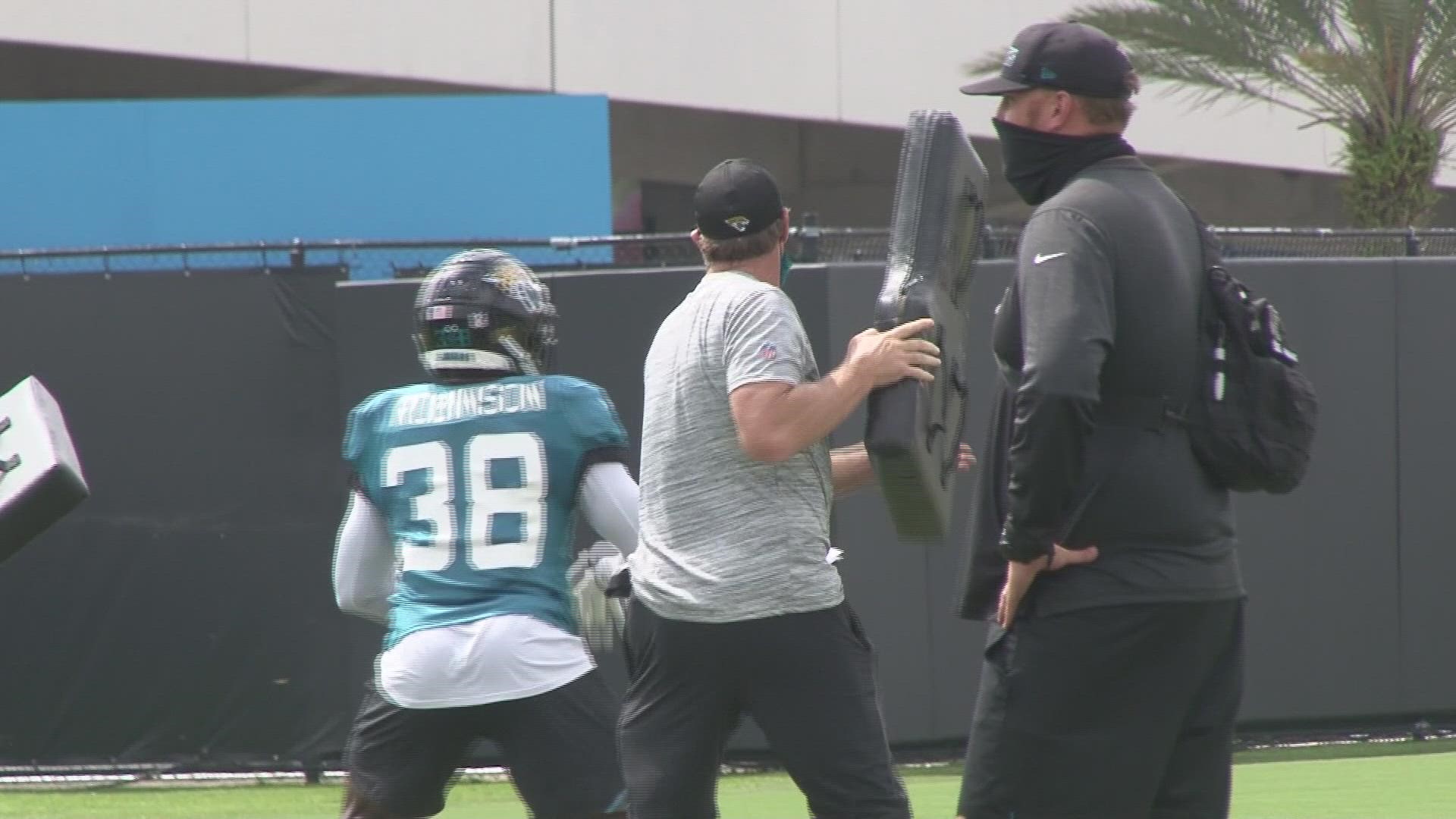 With all due respect to the thousands of fans that have bought his No. 30 jersey over the past 12 months: the number never sat right with the Jaguars' James Robinson.

"I never really liked it," the second-year running back laughed after practice Thursday. "It was just a better number than 38."

38? Yes: before he finished in the top-five of Offensive Rookie of the Year voting, before the Jaguars released Leonard Fournette and made Robinson their feature-back, the former undrafted free agent was gifted the number 38 on his first day of practice in 2020. 38 is not typically a running back's number.

"I didn't really get a choice as to what number I got. My focus was to just make it through Training Camp first," Robinson smiled. "Then I'd see what was open after. And 30 was the only one open. I asked if there was anything in the 20s and [the equipment team] said no. So, 30 was the best option."

He was just happy to have a number. If he could have his pick though, what number did Robinson really want?

"It was my first number ever when I first started playing football. I never had another number other than 25 until I got 30. I broke the Illinois High School rushing record in that number. There's just a lot of memories with it."

In 2020, Robinson was just happy to have a number. He still is, in fact. While he had his eye on Wilson's 25 and planned on asking for it in 2022, he still debated asking for it last week when Wilson was among the final Training Camp cuts. But when the Equipment team informed him he could make the switch, he jumped on the opportunity. He called his mom to tell her, and even she couldn't believe it was happening this soon.

First-look at James Robinson in that No. 25 teal and black 👀#Jaguars | @FCN2go pic.twitter.com/OEJiQDFos3

"I feel faster. But more importantly: I feel like me again," Robinson explained. "Not that 30 changed that. It was just great putting the jersey on again and having a better-looking number on."

But Robinson realized what this meant. The thousands of fans that took a chance on him, the thousands of fans that believed in the former undrafted free agent enough to buy his jersey now have an outdated version. So, with help from the Jaguars PR staff and his representation, Robinson has agreed to sign any 30 jerseys and return them to their owners as a keepsake. Over 100 fans hopped on social media during the week and were able to get their jerseys to Jaguars PR for Robinson to sign.

"We just thought we should do something for the fans. I knew there were a lot of people that already bought the jerseys. Signing the jerseys for the fans was the right thing to do."