The Evolution of Allen Robinson, Part 2: Owning the offense

In Part 2 of "The Evolution of Allen Robinson," the wide receiver discusses his most productive season in the NFL. 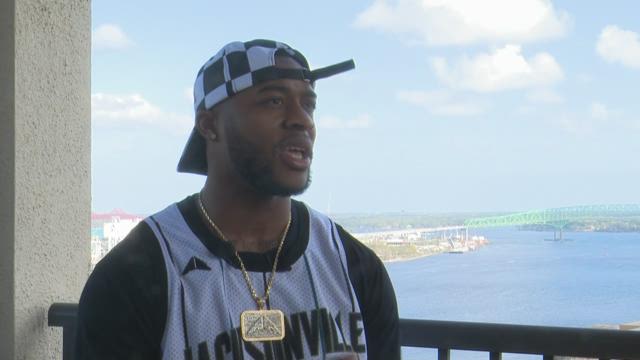 The Jaguars wide receiver produced 1,400 receiving yards and 14 touchdowns, drawing the attention of fantasy football fans across the country.

As he sat in a chair on his top-floor porch — which overlooks the majority of Jacksonville's downtown area — Robinson couldn't help but smile when asked about his second season success. The 24-year-old acknowledged that his accolades in 2015 served as confirmation that he could play in the NFL.

"[Olson] wanted to push the ball down the field,” Robinson said during an interview with First Coast News.

“That was his thing: ‘let’s make plays, let’s attack teams.’ We were just out there making plays. We had a lot of [opportunities] down the field to really make big plays and change games and things like that, so he really kind of wanted us to own the offense.” 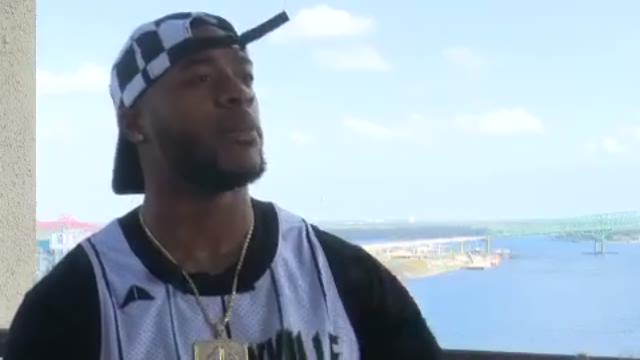 However, Jacksonville's offensive production was consistently panned because of the team's unimpressive 5-11 record. Critics often noted that Bortles, Hurns and Robinson benefited from facing prevent defense during blowout losses.

Robinson was quick to dismiss those evaluations.

"Allen Hurns and I talk about this all the time," Robinson said. "There were so many times that year that we opened up the game where me or Hurns had 50-plus yards in the first quarter.”

JACKSONVILLE, FL - OCTOBER 18: Allen Robinson #15 of the Jacksonville Jaguars celebrates with Allen Hurns #88 following a touchdown against the Houston Texans at EverBank Field on October 18, 2015 in Jacksonville, Florida. (Photo by Sam Greenwood/Getty Images)

Robinson has a strong memory and a passion for game-planning. He enjoys watching game film and finding weaknesses in opposing coverages.

Those intangible qualities helped Robinson improve during his second season.

“I think for me, that’s the fun part of the game, where you can see certain coverages and certain teams, where you can [study and prepare] to beat them,” Robinson said.

“It just makes the game that much easier. You don’t really want to get into too many things where it’s like banging your head up against the wall. Like yeah, you can make plays like that, and the NFL is based on plays like that, but you want to make your job as easy as possible. One way to do that is from a mental standpoint.”

Robinson and his teammates didn't dwell on the Jaguars' record in 2015. Instead, they focused on their growth as a team and as individuals.

Consistently losing games didn't wear on the Jaguars during the season, according to Robinson.

“To be honest, I don’t think it ate away at us too much at all,” Robinson said, regarding the team's losing record.

JACKSONVILLE, FL - NOVEMBER 29: Allen Robinson #15 of the Jacksonville Jaguars completes a reception against the defense of Jason Verrett #22 of the San Diego Chargers in the first quarter at EverBank Field on November 29, 2015 in Jacksonville, Florida. (Photo by Sam Greenwood/Getty Images)

Robinson and his teammates felt like they had found a successful formula on offense. The team just needed to function well as a unit moving forward. There was a lot of room for optimism.

“From an offensive standpoint, we had some highs,” Robinson said.

“Yeah, we had some lows as well, but it’s like, polish the things we do well and let’s improve what we’re not doing well. That was our whole mentality. We understood it’s a process. Granted, we had a really good year offensively but everything has to be put all together. We understood that."

Part 3 of 'The Evolution of Allen Robinson' will focus on the wide receiver's struggles and the Jaguars' offensive woes during his third season in the NFL.