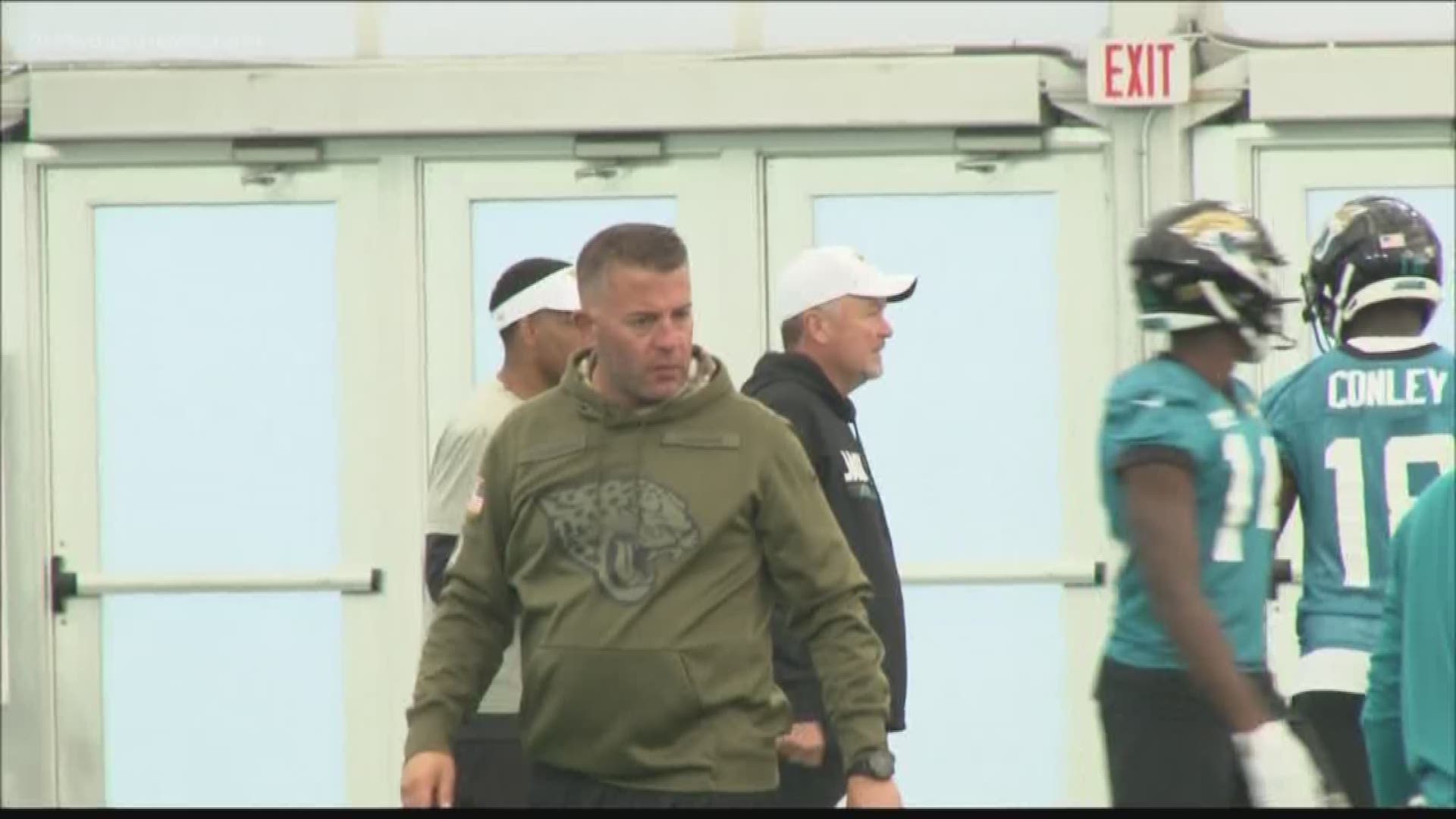 A little more than a week after John DeFilippo and the Jaguars "mutually agreed to part ways," Jacksonville has its next offensive coordinator.

Prior to spending 2014-2019 in Washington, Gruden served as the Cincinnati Bengals' offensive coordinator from 2011-2013, helping Andy Dalton achieve some of his highest high's in the NFL and guiding the Bengals to the playoffs each season. Gruden reportedly interviewed for the Jaguars open head coaching position in 2013, but opted to return to Cincinnati.

“Coach Gruden is one of the brightest offensive minds in football and I’m pleased to welcome him to the Jacksonville Jaguars,” head coach Doug Marrone said via press release. “In going through the search process, it was important to me and our staff to identify a candidate who had a clear and concise vision for how to lead our offense and how to get the most out of our players and assistant coaches. I believe that Coach Gruden is the right person for what we need right now and the direction that we want to take our offense. In his last stint as an offensive coordinator for three seasons in Cincinnati, he had great success with the Bengals and played a key role in their three postseason berths from 2011-13. During the interview process, it became very clear that Coach Gruden learned a lot from his experience as a head coach and he’s ready to get back to work.”

Gruden's 35-49-1 record and one playoff appearance as a head coach is not too appealing to the naked eye; however, he was part of his brother, John's, staff that led the Tampa Bay Buccaneers to the 2002 Super Bowl.

The Redskins lone playoff appearance under Gruden (2015) proved his resiliency as a head coach and leader, as incumbent starting quarterback Robert Griffin III was riddled by injuries and Kirk Cousins stepped in to break numerous team records.