Jaguars will face the Dolphins in London on October 17

The NFL has confirmed the two games that will be played across the pond this year, including the Week 6 match-up between theBig Cats and their South Florida rivals. 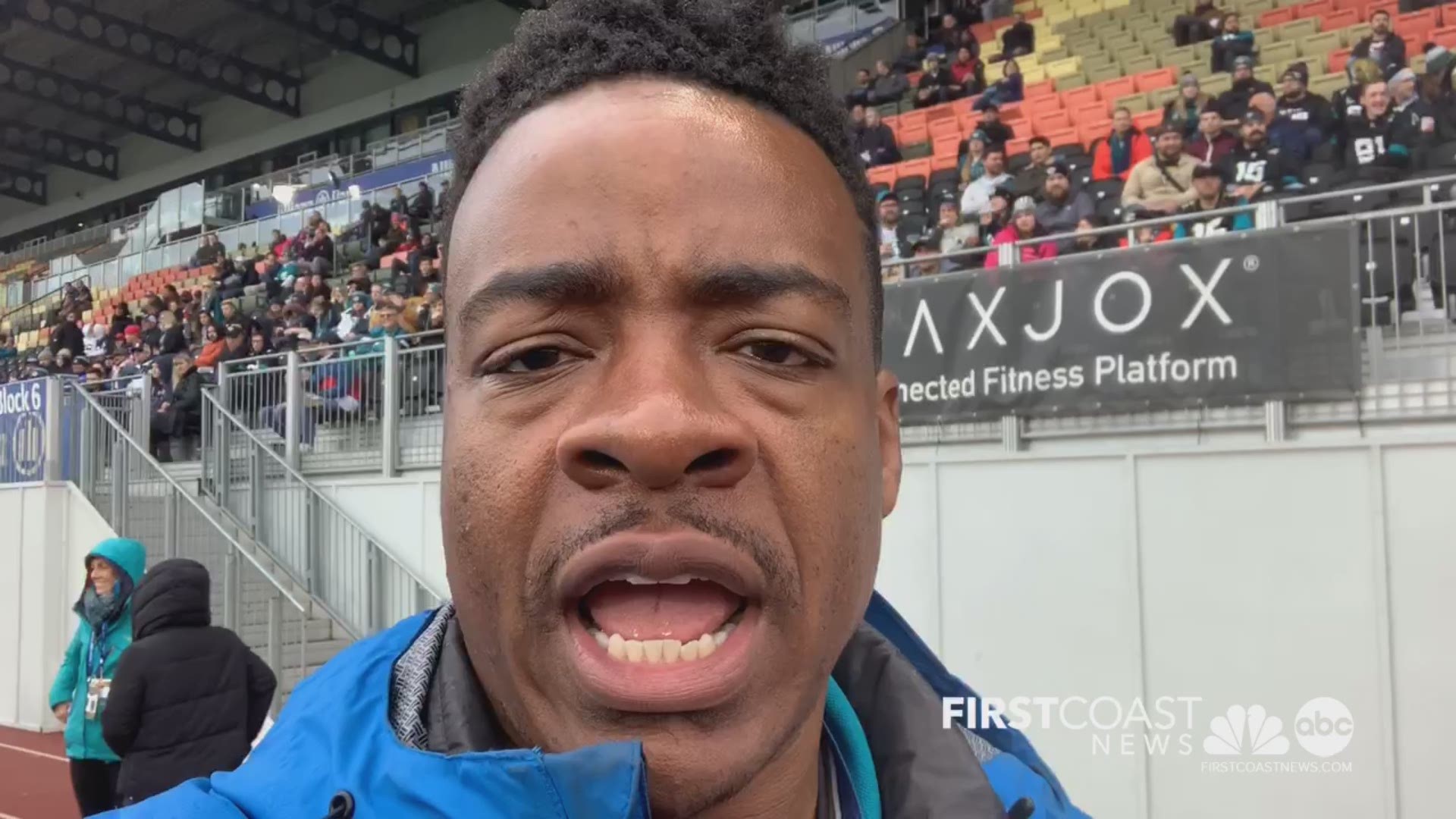 UPDATED (May 12, 9:30 a.m.): The NFL has officially announced that two games will be played in London for the 2021 season. The Falcons and the Jets will play Week Five (October 10), while the hometown Jaguars will meet their South Florida rival Miami Dolphins on October 17, Week Six. Both games will be played at Tottenham Stadium in London.

“The Jaguars are honored to return to London, our home away from home, and continue in our mission to grow the NFL and promote Jacksonville in the UK and beyond,” said Jaguars team owner Shad Khan. “With Urban Meyer as our head coach, we’ll be arriving with an entirely new look and attitude that I’m confident will meet the approval of our Union Jax supporters. I’m also hoping that many of our loyal fans in Jacksonville can join us in London for a great experience and to ratchet up the homefield advantage. Go Jags!”

The Athletic reported both match-up's on Tuesday. The NFL did not play games in London during the 2020 season due to the COVID-19 pandemic.

The league also confirmed match-up's and game times for Week One of the NFL season. The Jaguars will open the season at the Houston Texans at 1 p.m. EST.

Think the most fascinating part: #Jaguars scheduled game in London will not coincide with Florida-Georgia https://t.co/F2azfQQ2Sk

The NFL will not be playing any games in Mexico City due to continued, rising coronavirus cases in the country. The U.K. has largely been regarded as a success story for COVID-19 vaccinations; there were 58,909 cases in the U.K. on May 8 compared to 260,574 in Mexico.

“We are excited to be returning to London and welcoming back our fans for two great matchups,” said Christopher Halpin, NFL Executive Vice-President—Chief Strategy & Growth Officer. “We expect these games to be a celebration of our sport and our robust UK fan base.

Jaguars owner Shad Khan and head coach Urban Meyer were asked about the potential for a London game over the course of the past two months.

“I think really there’s no update. I think as soon as we have it, we’ll share with you," Khan told reporters during quarterback Trevor Lawrence's introductory press conference on April 30. "I’m not even sure if there’ll be games [in London], but May 12 is the schedule [release day]. Hopefully we’ll know a little bit before that.”

The entire, 2021 NFL schedule release is set for 8 p.m. Wednesday on the NFL Network.