Between 2006-2009, Tebow had one of the most illustrious careers in SEC history as quarterback of the Florida Gators under Urban Meyer. 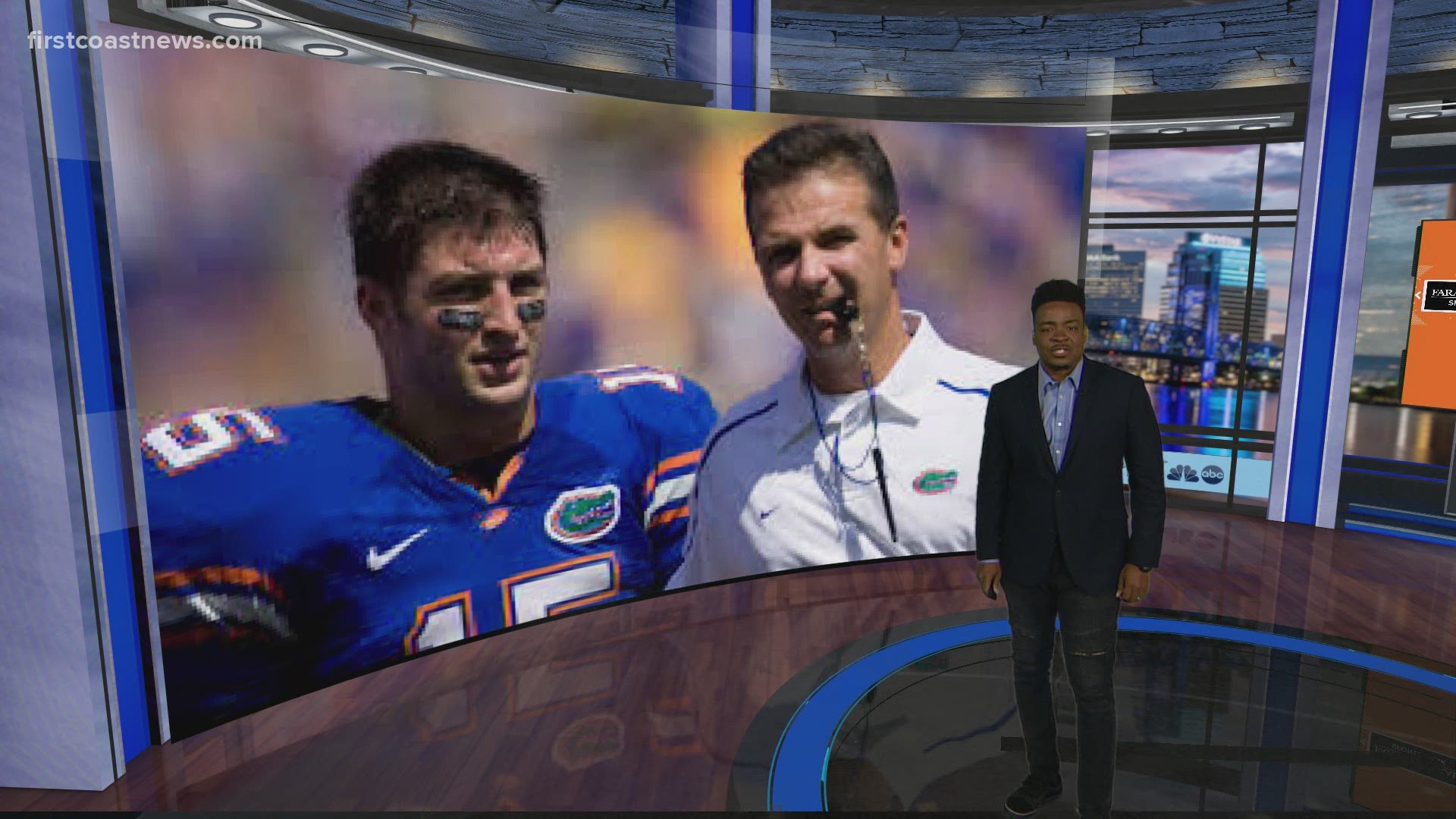 JACKSONVILLE, Fla — Tim Tebow, who has not played professional football since 2015, is expected to sign with the Jacksonville Jaguars, according to several sources.

Noted NFL insider Ian Rapoport tweeted Monday afternoon the Jaguars plan on giving the 2007 Heisman Trophy winner a one-year deal. However, he will not play as a quarterback, but rather as a tight end, the tweet says.

Tebow will have a chance to make the team and play under his former head coach, and first-year Jags head coach, Urban Meyer. Tebow could sign with the team as early as next week, Rapoport reported.

Tebow has not played a regular-season NFL game since 2012.

The #Jaguars are planning to sign QB-turned-TE Tim Tebow to a 1-year deal, per me and @TomPelissero, a deal that could be official in the next week or so. Nothing done yet. But he’ll have a chance to make the team to reunite with his mentor and college head coach Urban Meyer.

Between 2006 until 2009, Tebow was one of the biggest stars in college football while playing with the Florida Gators under Urban Meyer. He won two national championships, including as a starter in 2008, set numerous SEC records, and won the 2007 Heisman Trophy, becoming the first sophomore to do so.

His post-game press conference following an upset loss to Ole Miss has since become part of Florida football history and is engraved outside Florida's football facilities.

When he entered the draft following the 2009 season, the Denver Broncos selected him in the first round with the 25th pick. Prior to the draft, there was much debate as to whether Tebow could make the transition from a college quarterback to an NFL quarterback, with some sports analysts saying he should become a tight end.

However, Tebow never switched positions and eventually became a regular starter during the 2011 season. The Broncos reached the playoffs and defeated the Pittsburgh Steelers in the Wild Card.

Tebow would later be traded to the Jets and released following the 2012 season. He also was briefly signed to the New England Patriots and Philadelphia Eagles but was cut from both teams.

Tebow has since become a mainstay on the SEC Network and played minor league baseball in the New York Mets organization.