Brandon Smith was passed over during last month's NFL Draft and was not offered a contract during undrafted free agency immediately following the selection process. 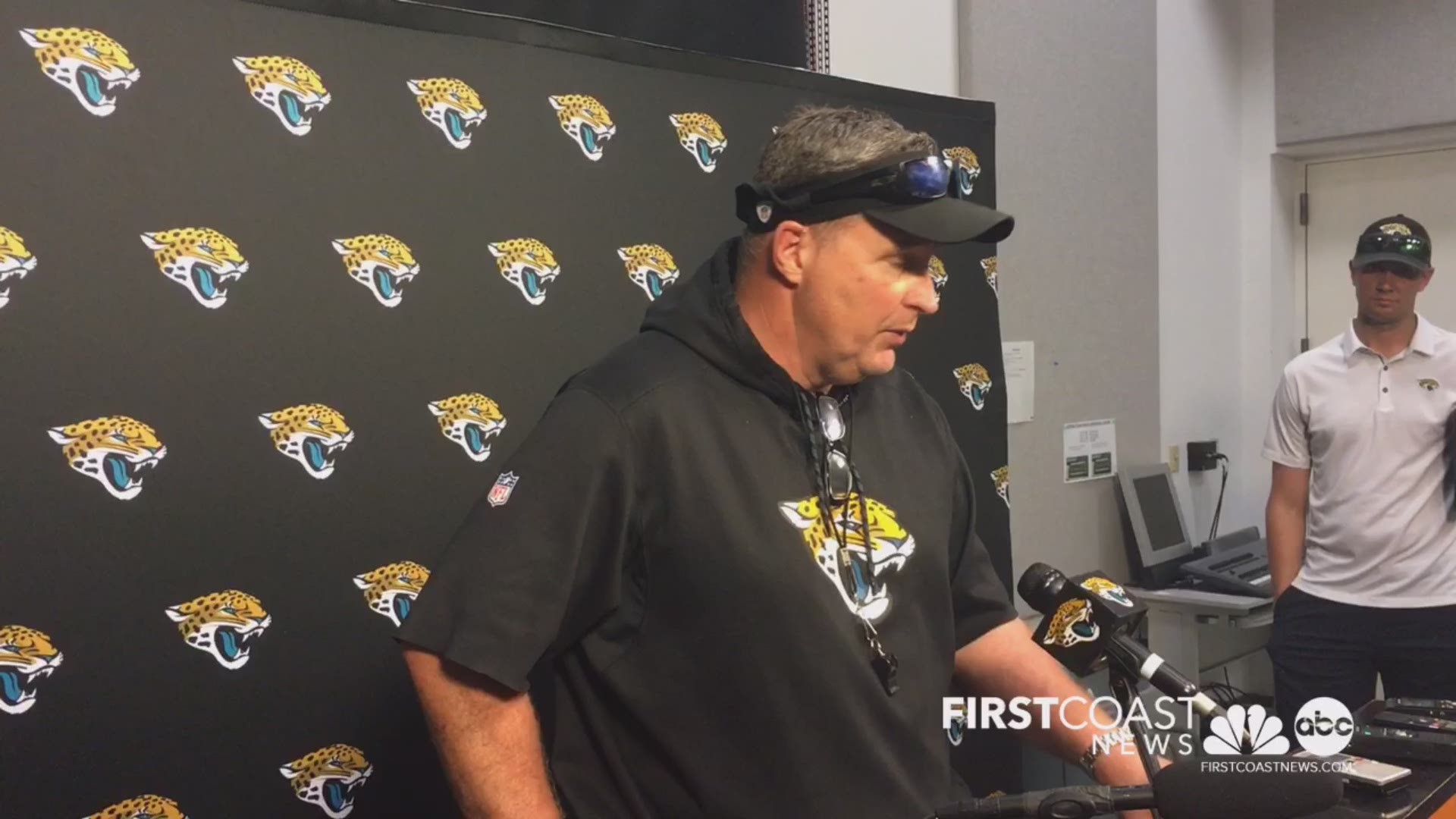 JACKSONVILLE, Fla. -- It's tough to be considered an underdog when you're listed as 6-foot-8 and 327 pounds. Being more than a head taller than the majority of your competition typically puts you in a prime position in the NFL.

That wasn't the case for Jaguars rookie offensive tackle Brandon Smith during draft weekend. He was passed over during last month's NFL Draft and was not offered a contract during undrafted free agency immediately following the selection process.

His lone shot at a training camp invitation was through a tryout for the Jaguars during the team's annual rookie minicamp this past weekend.

"I really didn't expect to be drafted, I just more so focused on training and basically let my film speak for itself and just whatever happens, happens and be prepared [for anything]," Smith said during a phone conversation with First Coast News on Wednesday.

Smith was one of 40 players invited to the workout. The Jaguars also had another 25 players from their active roster taking part in the three-day event.

As one of 65 players competing for the attention of the coaching staff, Smith's shot at earning a roster spot seemed slim on paper.

"I was just thinking about going in and grinding," Smith said. "I've always felt like the underdog, I didn't get that many offers coming out in college, so I had to work for what I've got now ... I was humble about it and worked hard."

Smith impressed the staff during his tryout. The East Carolina prospect was one of three players who signed contracts following the rookie minicamp.

The rookie played so well that the Jaguars were willing to move on from offensive lineman Avery Gennesy, who had been with the organization for a year.

"I just believe in what I can do, be confident in my play and study plays," Smith said. "Try to get ahead in any way I can and just try to stand out to the coaches."

During his tryout, Smith worked with the Jaguars' legendary offensive line coach, Pat Flaherty. The rookie got a glimpse of what he can expect from the Super Bowl-winning position coach this summer.

"It was an honor and I'm just happy to be here and have a great O-line coach like him," Smith said regarding his work with Flaherty.

"It's just awesome getting to know him, just to know how many places he's been and how much experience he has, it just makes me respect him even more."

"I spoke to him before I signed my contract but that was the only time," Smith said regarding his interactions with Marrone. "He just told me I did a good job and stuff like that and they planned on signing me, so I was just smiling the whole time."

Smith doesn't have a lot of time to celebrate. His next challenge will come just over a week after signing with the Jaguars.

Jacksonville's organized team activities (OTAs) will begin on May 22. Smith will have to hit the ground running to stick around on the roster.