What should Shad Khan, Jaguars do now? Other NFL owners' mistakes and triumphs provide a blueprint

It's the "Monday Morning After" ... and a different spin on this week's five takeaways 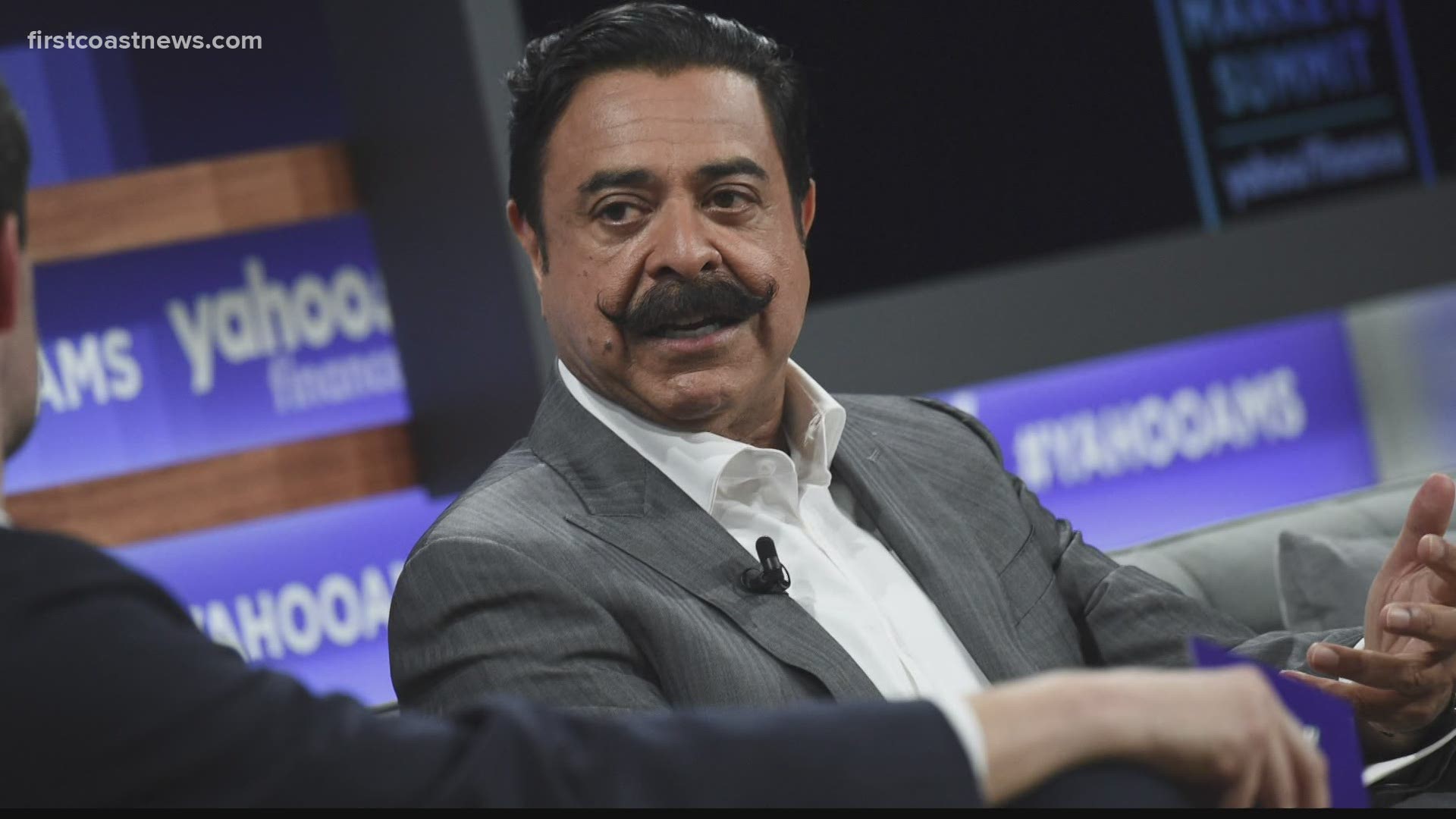 You're hurt. Bad. Like, generations upon generations of hurt. Like, worse than "being hit by an 18-wheeler, trampled by a herd of bison, and then told your puppy died" hurt.

Because it's not just this season.

If you're on Twitter, you may be familiar with the numbers 41-96. For those who are not: that's the Jaguars' record since Shad Khan bought the team. That's four wins away from 100, a number that will surely be reached this season, if not in the next five weeks (the bye week the only thing holding it back from four).

ESPN's Mike DiRocco did some research over the weekend, and he found that the fastest owner to 100 losses was Tampa Bay Buccaneers former owner Hugh Culverhouse (140 games). Current Browns owner Jimmy Haslam is hot on Culverhouse's heels, too: with Cleveland's loss this weekend, the Browns are also at 96 losses in 134 games -- but they are 4-2 to begin the 2020 season.

The Jaguars are 1-5 with no end in sight.

Look, win or lose, we've still got 10 weeks (COVID-19 willing) of Jaguars football this year. I'm not going to lament about how Doug Marrone, Todd Wash, Dave Caldwell or some combination of the crew should be fired. Because quite frankly: I think we've still got a few more weeks before that actually happens. And I need to save that column for when it does.

Let's instead use this, the "Monday Morning After" to look at other franchises that have found themselves perpetually mediocre. In the gutter. And then crawled out from beneath the rubble. By breaking down what each did or didn't do, perhaps that may lead us to a blueprint of change.

(I do break down the trends / suggestions at the end, giving Shad exact bullet points to address. So if you’re crunched for time and you want to skip to that, cool. But I think you’ll enjoy / learn something in the first 1,000 words!)

Perhaps the best example of a franchise that hovered between mediocre to disastrous for the first 39 years of its existence and then suddenly made a jump to supreme, we'll focus on Tom Benson (and, following his death, his wife, Gayle)'s ownership.

Because from 1985 when Benson bought the team until 2006, the Saints won one playoff game. They made the playoffs just five times in 21 years. Benson and the city of New Orleans were at odds for much of that time about building a new stadium, with constant rumors and suggestions he may move the team elsewhere.

Make no mistake about it: the Saints averaged seven wins a season during that stretch. Jaguars fans would take that in a heart beat. But Benson, like Shad Khan, also appeared to fall victim to the "loyalty" train. Jim Mora had three straight .500 or worse seasons before being canned after a 2-6 start in 1996. Mike Ditka got three seasons and never had a winning record. Jim Haslett's tenure started with a bang, winning 10 games and the division his first season before regressing over the next five seasons, en route to a 3-13 finale. Should be noted: Hurricane Katrina and the displacement of the team did certainly play a factor in that last, Haslett season.

Did Benson get lucky with Sean Payton? Was it a "Sean McVay" hire before Sean McVay [was even in middle school]? Considering Payton had never been a head coach before, the answer is undoubtedly yes. Drew Brees' renaissance was also a gamble that has paid obvious dividends.

But Haslett hadn't posted a winning record in three years. 8-8 wasn't getting it done.

The 2020 Jaguars would give anything to be 8-8. But they, like Benson, should want more than Jim Haslett.

P.S. As we've seen in the 101 years of the NFL, the key to sustained success is a franchise quarterback and pairing him with a head coach for an extended period of time. Have the Jaguars honestly had that in their 26 years?

Yes, "America's Team" and the expansion Jaguars couldn't be further apart. At the time this case study starts, the 'Boys were in Year 25 of Tom Landry's legendary tenure as head coach.

Jerry Jones bought the team in February of 1989, and he wanted "his guy," Jimmie Johnson, as head coach. That's not "Jerry Being Jerry" -- that is common practice.

For what it's worth: Bright later said he wanted to fire Landry after the 1987 season, but couldn't convince his general manager, Tex Schramm, to do so. Two years later, all three were gone. Shad Khan would be wise to learn from that anectdote. The Cowboys won three games that next season after Bright couldn't, and wouldn't, pull the plug. Putting a band-aid on the situation and hoping it would get better didn't prove fruitful.

Jones established his "standard" from the on-set of his ownership. Three wins, a losing record -- it is not acceptable (even if a few of his subsequent head coaches have received a pass when their record dipped below .500).

Right now, what defines success in Jacksonville under Shad Khan?

(Okay, so now that you’re all definitely judging me for comparing the Jaguars to the Cowboys… how about the other expansion franchise that debuted in 1995?)

Much like the Jaguars, the Panthers experienced early success: they won 12 games and the division in only their second year. They then won 11 games the next two seasons combined.

George Seifert won 8 games in Carolina his first season. And then 7… and then just one. In that final season, the Panthers won their season opener before losing the next 15 games (sound familiar?).

Then, Richardson pulled the plug on Seifert.

One winning season can get you a pass or two, but no more than that. It’s a “what have you done for me lately?” business. At least, it is for most NFL owners – Shad Khan is clearly in the minority. Even Richardson betrayed his old ways when it came to parting with longtime head coach John Fox after almost a decade in Carolina in 2010. Fox had just one winning season his final five years.

The band-aid can be tough to rip off. But it must be done.

It led Richardson and the Panthers to a new era of consistency in Ron Rivera. It led to another Super Bowl appearance. And for what it’s worth: John Fox and his 2-14 final season played a role in that. It helped bring the Panthers Cam Newton. So: maybe there is something to be said for letting the captain go down with the ship.

Very long time frame, so let me break it down like this: from 1983 to 1995 (aka the year prior to the Bucs hiring Tony Dungy), the Bucs averaged 4.8 wins a season. They never won more than seven games – and they only did that once. They had 12 consecutive seasons with at least 10 losses.

Culverhouse was not afraid to rip off the band-aid. He had five different head coaches during that span.

He also was perhaps more renown for his work off the field than his teams’ performances on it. Culverhouse was a major player in guiding the league through two player strikes. His teams were “profitable” while he refused to play key players (like quarterback Doug Williams) top-dollar. And yet, meanwhile, the Bucs had 14 consecutive losing seasons.

Shad Khan is already on course to match or narrowly miss Culverhouse’s “fastest to 100 losses” mark. Shad, please let that be the only similarity.

Because although the Glazer Family certainly overhauled the roster, coaching staff, and front office upon buying the Buccaneers in 2015: they already had Warren Sapp, Derrick Brooks, and John Lynch on the roster. There was talent. Dungy and a change seemingly brought that talent to its full potential.

D.J. Chark, Josh Allen, Laviska Shenault – there’s talent on the Jaguars roster. Young talent, with three or less years of experience – just like Sapp, Brooks, and Lynch back in 1995. Some might say this is a fork in the road for those players’ careers and their involvement with their franchise.

But from 1987 to 1995, they, too, hovered between mediocre (three winning seasons) and horrendous (a one-win season and a two-win season thrown in there).

Quite simply: there was no consistency. There was room for excuses and questions.

If anything: Shad Khan has held onto coaches and executives for to long in an effort to create consistency. And yet there’s still tons of questions.

Obviously, once Bill Belichick took over Rob Kraft’s team, his no-nonsense approach took hold. He’s also been in New England for 20 years now – a model of consistency. There’s no more excuses or questions.

It’s easier said than done, but maybe, after years of “players coaches,” Shad Khan is taking notes of what he may want in his next head coach.

- If it’s time to fire a coach or executive, it’s time to fire them. Organizations that have succeeded have not been afraid to do so. Aside from gaining a higher Draft pick (not always the worst thing), what is there to gain?

- Sean Payton. Tony Dungy. Bill Belichick. The coaches that changed their programs’ fortunes were stern but fair – and had a plan.

- Like the coaches, the owners listed here had a standard for on-the-field success – whether that was a certain number of wins and losses, or a sense of culture. What is Shad Khan’s standard?

- There is something to be said about having a consistent, franchise quarterback-head coach tandem.

- In the case of the Cowboys and Buccaneers, a new ownership group came in, cleaned house, and reaped the benefits. Shad Khan isn’t selling the team any time soon – so will he still be able to clean house (if he even chooses to do so?)

- … If you skipped down here to the bottom, please go back and read the Buccaneers section. Shad Khan is in danger of having more in common with Hugh Culverhouse than their horrific, losing records. In fact -- looks at notebook and sees Yannick Ngakoue and Allen Robinson's names -- he already has.

41-96 is a scary number. It’s scary because Jaguars fans have grown numb to it. The desensitization of Jaguars fans may not be apparent in a 25-percent capacity stadium. But to not acknowledge the anger of this fan base would be beyond oblivious. And unless some sort of definitive action is taken, that second number is only going to go up.

P.S.S. Special shout-out to all readers and viewers who chimed in ahead of this column. The ice cream, Jersey Shore, and 80s hits columns are coming.