Five takeaways from Jaguars' 33-25 loss to the Bengals

It's the "Monday Morning After" ... and the Jaguars aren't winning another game with THIS defense 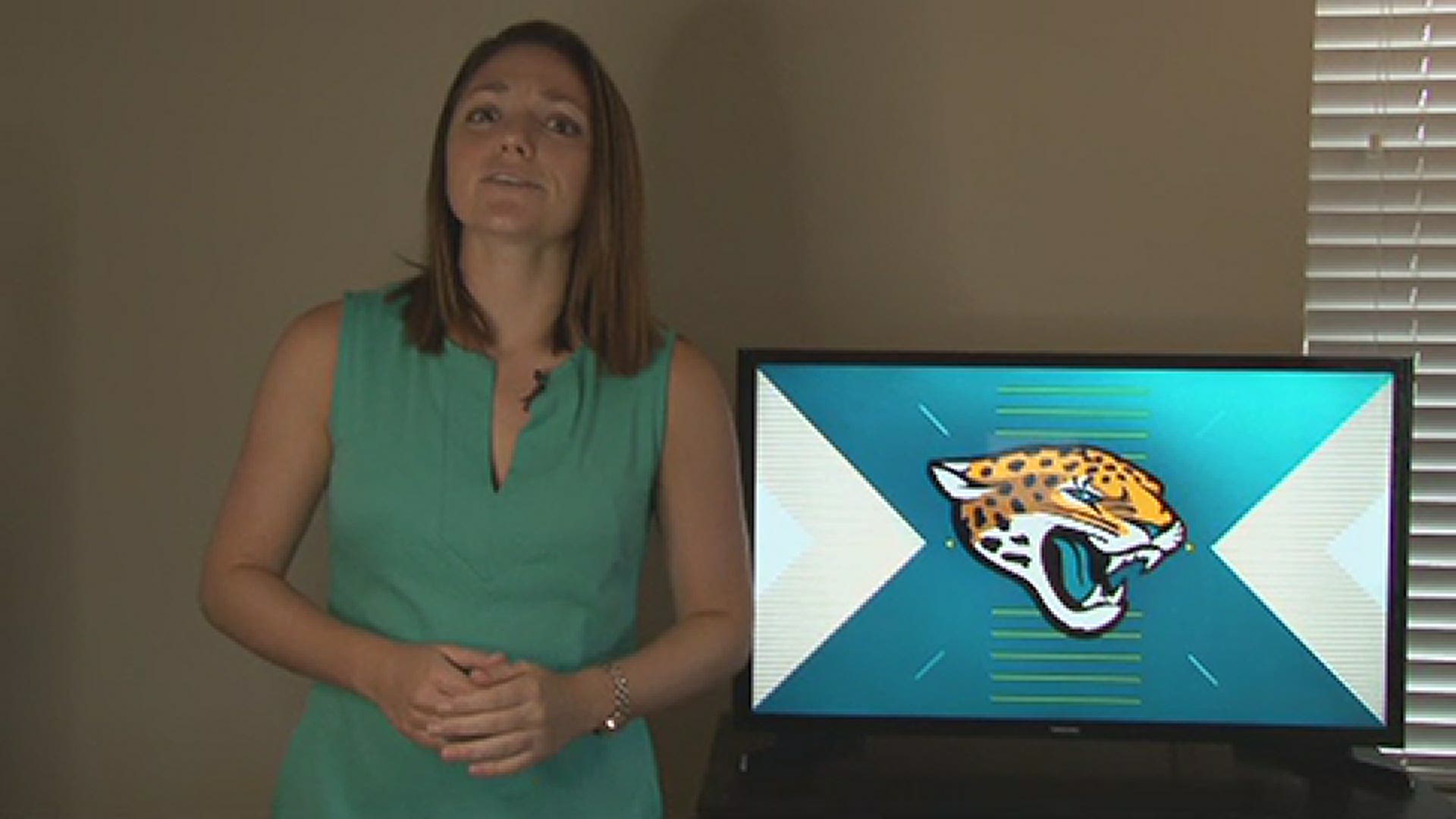 Boy, a lot has changed in the two weeks since the Jaguars last played on a Sunday and yours truly penned one of these columns.

For starters: the Jaguars' opponent two weeks ago, the Tennessee Titans, is currently barred from playing amidst 18 positive COVID-19 cases within their organization.

Also, the Tampa Bay Lightning won the Stanley Cup. And Keeping Up with the Kardashian's was cancelled. And half of Washington D.C.'s political elite is in quarantine.

Also, the Jaguars are right back in the Trevor Lawrence Sweepstakes.

We'll save the debate of whether or not they draft Lawrence for another day, but know this much is true: if the Jaguars are drafting in the Top 10 for the 12th time in 13 years, it won't be -- for perhaps the first time in 13 years -- due to their offense.

1. Rush defense is becoming a problem, even before Sunday

Jacksonville is on pace for the worst defense in its 26-year history. They're giving up 29.3 points per game and 399.5 yards per game. Yes, almost 400 yards per game through four games. And two of those games came against winless teams. One of those teams -- Sunday's opponent, the Cincinnati Bengals -- racked up 505 yards.

So, is it the pass defense?

Is it the rush defense?

- Joe Mixon and the Bengals had 205 yards on the ground.

- Derrick Henry and the Titans were held to 123 rushing yards.

That illustrates a regression in rush defense -- even if not at the levels the Jaguars saw down the stretch in 2019. The Jaguars have lost two defensive players to the Injured List during that time -- linebacker Leon Jacobs and safety Jarrod Wilson. Do two players really make that much of a difference? On Sunday, that season-high, 205 yards allowed came with Myles Jack, D.J. Hayden, and C.J. Henderson all missing time with injury.

“I thought [we] did a good job in the first half, but obviously in the second half, we gave up—the double crack, we were man-coverage, liked I said before. And [Joe] Mixon did a good job, he just took a right-hand turn and took it right down and out-ran us," Marrone said. "But [Mixon is] a really good back, we knew that coming in. And then it’s just, again, consistency. I think when you look at it, there [are] times when we did a good job and there [are] times where we gave up some big plays."

Mixon's longest run Sunday was 34 yards -- which pales in comparison to some of the big plays the Jaguars gave up down the stretch in 2019. But that 2019 defense had a line that could consistently get pressure on the quarterback. This year's iteration...

2. Fact: Sacksonville is dead. So play the young guys

... couldn't get pressure against an offensive line that has allowed 14 sacks through the first three games of the season. They couldn't get PRESSURE -- let alone sacks!

Joe Burrow had 2.76 seconds on average to throw the ball. That was about middle-of-the-pack in the NFL this week. Compared to the three-plus seconds Ryan Tannehill had two weeks ago, it's an improvement. And again: the Titans offensive line is far superior to the Bengals offensive line.

So why couldn't they get to Burrow?

"It’s too much talent out here that’s not getting their name called on Sundays for doing what they do best. I really don’t have a secret formula for you," defensive tackle Abry Jones said. "That’s just the good old football, blue-collar grit. Go back to the drawing board, grind it out, and make the results come on Sunday. I feel like if we do that, come back, we get a good couple weeks back to back. This was will just look like an old problem and we can roll forward and really become a better defense.”

The Jaguars did record five quarterback hits Sunday. Two of them went to the lone bright spot along the defensive line -- and someone who, if his progress continues, will merit his own sub-section in one of these columns: rookie DaVon Hamilton. I'm excited to see what Pro Football Focus' weekly gradings have for the Ohio State product this week. With the release of veteran Timmy Jernigan, Hamilton saw more snaps along the interior of the defensive line Sunday. Fellow rookie Doug Costin was active for the first time this season and had a TFL. First-rounder K'Lavon Chaisson's snaps continue to be limited in defensive coordinator Todd Wash's system.

(this is the part where you demand my next takeaway be to fire Todd Wash, as so many of you did on this tweet)

Josh Allen is being double and triple teamed as so many of us anticipated. He needs help. The numbers show the Jaguars have some promise in their rookie class... but that will mean Wash has to play them more.

He also could rush more than four --

"For us as coaches, we’ve just got to put them in better situations, really get better plans on how we want to pass rush these guys, and go out there and execute it, because that’s what we have to do a better job of for sure," Marrone said.

3. The departures in the offseason hurt more than anyone will admit

I promise this is the last thing I'll say about the defense. At this point, if Todd Wash is still making the decisions and he isn't willing to adapt, we can all save our breath and analysis for someone who is willing to grow.

Also, my mom was among those who pointed this takeaway out, so I'm morally obligated to note it (hi, Mom).

The Jaguars bet on free agent signees Rodney Gunter and Al Woods filling the void left by Calais Campbell and Marcel Dareus along the interior of their defensive line. For circumstances beyond anyone's control, neither is playing this season. Defensive end Lerentee McCray's absence must also be noted when considering the lack of depth in the trenches.

Who did the Jaguars replace their replacements with?

Jones, who has never been a three-down lineman -- self-admitted, too. Hamilton (rookie). Costin (rookie). Timmy Jernigan (since released). Adam Gotsis. Doug Marrone has referred to Dawuane Smoot as more of an edge/pass-rusher; he probably has to be, because the Jaguars don't have many others.

C.J. Henderson has shined at times, but he's a rookie. He also was ruled out of Sunday's game midway through the first half with a shoulder injury. His replacement, Chris Claybrooks, is also a rookie -- and was drafted as a return specialist. Rookie Luq Barcoo is also in the mix, but hasn't been active for a game this season.

I'm not saying those now-former Jaguars are the difference between 1-3 and 3-1. Campbell is 34 years old and has one sack and 10 tackles in three games with Baltimore. Bouye was hurt in Week One.

4. The offense needs to run through James Robinson

That's not a slight on Gardner Minshew. Minshew had a self-admitted inauspicious start, but settled in nicely as the game progressed. He's not losing games for the Jaguars. With that said: there are plenty of quarterbacks in this league -- from Tannehill and the Titans to Jimmy Garrapolo and the 49ers -- who are game-managers complimented by a tremendous running game. Heck, as he's gotten up there in years, that's how Drew Brees and the New Orleans Saints have remained viable.

I'm not talking about Tom Coughlin's "run-first" philosophy. I'm talking about not abandoning the run in the second half when you have a tailback averaging nearly 10 yards a carry.

James Robinson is not going to ground and pound like Leonard Fournette. He goes east-to-west -- and that vision opens up the playbook for Minshew. Jay Gruden has proven creative enough a play-caller that he can change up where Robinson is lined up, too.

Yet the last two weeks, as soon as the Jaguars find themselves down two scores in the second half, Gruden has gotten pass-happy. He corrected himself in the fourth quarter Sunday, and it was a large reason for the Jaguars' second touchdown drive of the day.

So, the Jaguars coaching staff recognizes this problem/solution.

Now be "consistent" in your response to adversity. Especially since...

5. At least the Texans can't defend the run either

So, the competition has been a bit stiffer for the Texans. But their opponents rushing totals in those games:

If James Robinson doesn't get 20-plus carries Sunday.... then he better have 15-plus, and RB2 Laviska Shenault has five-plus.

And on the flip side: while David Johnson has flashed at times, the Texans have gone over 100 rushing yards just once. They had 51 total against the Ravens and 29 against the Steelers.

Jacksonville is in no shape or form either of those two defenses. But if they can simply be mediocre and (gulp) keep Deshaun Watson behind the line of scrimmage... they've at least got a chance to cover the 6.5-point money line.

Sure, the Jaguars may have 99 problems. But Jalen Ramsey isn't one of them anymore -- and All-Pro coverage or not, that is a good thing!