Five takeaways from Jaguars' 24-20 loss to the Packers

It's the Monday Morning After... and here's five reasons for optimism (not named Lawrence or Fields) 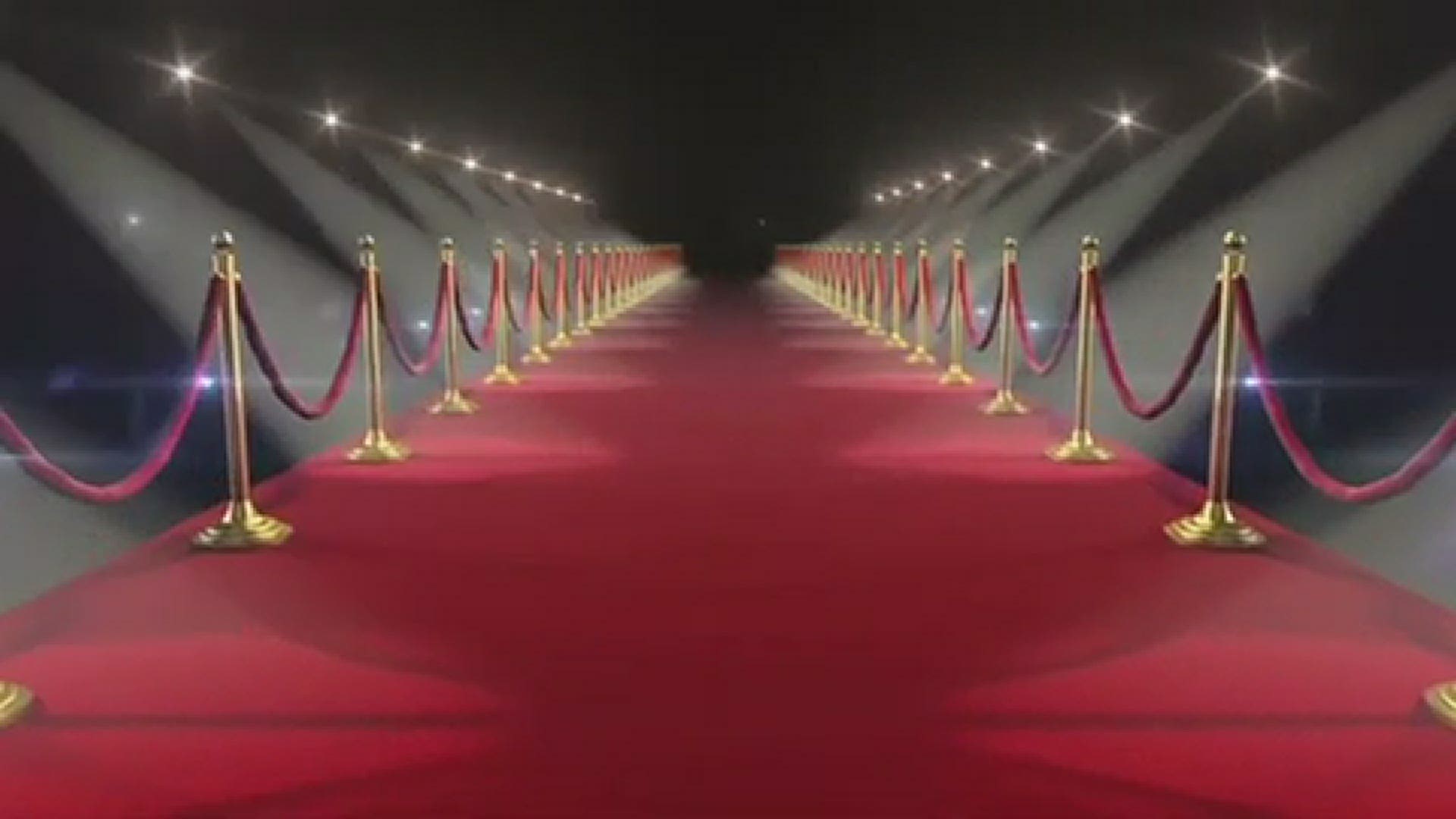 The Tank rolls on.

The Jaguars have now lost eight straight games and have been guaranteed an eighth losing season in nine years. By all accounts, “Mock Draft” season has come early to Duval County once more. In hopes of a Top-2 Draft pick, many fans genuinely hope the Big Cats lose their remaining seven games, too, finishing an all-time worst 1-15.

And yet: that’s not the only reason Jaguars’ fans should’ve been celebrating Sunday’s loss. Because even if Trevor Lawrence or Justin Fields is to buy property in Ponte Vedra in seven months time, “quarterback” is only one position. The most important position and a franchise-altering position, sure. But as the New York Jets have seen first-hand with Sam Darnold and the New York Giants with Daniel Jones: if you’re to have success, quarterback cannot be the sole source of talent.

The Jaguars have talent on their roster. Currently. That’s the subject of this Monday Morning After column.

(By the way: yes, Jake Luton’s struggles in his second career starts all but signaled the Big Cats taking a quarterback in the Draft – and that is a positive. But that’s not one of these five reasons for optimism).

For the first time seemingly all season, franchise defensive end Josh Allen got consistent, significant pressure on an opposing quarterback Sunday. And it wasn’t just any quarterback – it was Aaron Rodgers. He’s been sacked 11 times all year. Only the Colts and Steelers have allowed fewer sacks in 2020. Technically, Allen was only credited with two tackles and a quarterback hit (a questionable, Roughing the Passer penalty negated his fourth sack of the season).

But he was breaking through the line. Aaron Rodgers had just 2.49 seconds to throw the ball Sunday – the sixth-lowest mark in the NFL during Week 10.

The third-rounder out of Ohio State has been everything the Jaguars’ could’ve hoped for and more (plus whatever they thought Taven Bryan would amount to in 2020). Hamilton also came up clutch on a third-down stop that gave Jacksonville the ball back with under two minutes to play.

Let’s look to 2021 for a second. The Jaguars could have Allen, Hamilton, and fellow rookie K’Lavon Chaisson (pray for a sophomore leap of D.J. Chark proportions) as well as the return of veterans Abry Jones and Al Woods along their defensive line. Undrafted rookie Doug Costin has flashed. He had four quarterback pressures against the Texans alone; Taven Bryan has seven pressures all year. There’s also a chance the Jaguars bring back Dawuane Smoot (more on that in a second). With their draft capital and cap space, if I was Jaguars' general manager, I would sign/draft two more defensive linemen – and the Jaguars have the flexibility to spend, not just get crafty with their penny pinching.

All this without even discussing Myles Jack’s Pro Bowl performance at the second level of the defense. And all of this success despite operating in Todd Wash’s archaic scheme.

There’s a lot of potential there.

2. The secondary is further along than previously believed

Originally, I had "cornerback" and "young secondary" as two, separate bullet points. But the two go hand-in-hand – especially with an eye on the 2021 NFL Draft and free agency.

Former Eagles second-round pick Sidney Jones has not just established himself as a starting corner for the Jaguars. He’s arguably been CB1. C.J. Henderson will, hopefully, progress to that alpha-dog role once occupied by one Jalen Ramsey. But there’s no reason Jones can’t be the A.J. Bouye to Henderson’s Ramsey. The fourth-year pro led the team in tackles with nine Sunday, had two passes defended, and picked off Aaron Rodgers. He’s only played seven games, and he has seven passes defended and two interceptions. And seventh-rounder Chris Claybrooks had a TFL of his own in spot duty Sunday as the third-cornerback. He’s come a long way from being solely a return specialist.

Outside cornerback? Check. No need to spend a first-round pick there.

With Jones’ emergence, Tre Herndon is probably not moving back outside anytime soon. And that’s okay: with D.J. Hayden still on the Injured Reserve list and his contract winding down, the Jaguars were already in the market for a new, nickel cornerback. And prior to Jalen Ramsey’s abrupt departure in 2019, Herndon was primarily Hayden’s back-up at nickel. Herndon had two TFLs against the Packers and a sack of Deshaun Watson last week. Now, presumably, fourth-round pick Josiah Scott was the heir apparent to Hayden. So, there’s almost too many dudes. But since when can the Jaguars afford to complain about depth?

We move to the safety position. Josh Jones was clearly regressing before being placed on Injured Reserve Saturday. It was probably a blessing in disguise for all parties involved: rookie Daniel Thomas got his first career start and was third on the team with eight tackles and nearly picked off Rodgers. With the quiet demeanor of Henderson and Hamilton, Thomas and Chaisson are clearly the emotional leaders of this year's defensive rookies. The Jaguars need “fire” to come from somewhere other than Josh Allen and Myles Jack -- so Thomas' emergence is a good thing. Opposite Thomas, Jarrod Wilson is clearly entrenched – at least for this regime. Wilson has been limited to five games this year because of injuries, but he has been steady in all five. He’s not going to ‘wow’ you, but he’s not going to cost you a game. Beyond Thomas and Wilson, the current Jaguars regime is high on Brandon Watson and tackle-machine Andrew Wingard (who did have a rough-go of it in his return off the Injured Reserve list Sunday).

A splashy free agent signee at safety or a second or third round pick? Yes. That would be beneficial.

But the cupboard is far from bare.

This goes beyond Keelan Cole’s career-day on Sunday at Lambeau Field.

I will be the first to admit: I thought Cole may be on the outside-looking-in when the Jaguars drafted Laviska Shenault and Collin Johnson. Instead, it’s Dede Westbrook who the Jags will most likely walk-away from this off-season. Cole is currently playing on a one-year deal after the Jaguars placed a second-round restricted tender on the fourth-year pro. His services will be in much higher-demand this offseason, as he has already eclipsed his marks in receptions, yards, and touchdowns in 2019.

But that’s where the Jaguars’ cap situation steps in.

They can afford to pay Cole – especially depending on what happens with Chris Conley, who is in the final year of his current contract. And it’s not like Cole will command a contract like Sammy Watkins or Will Fuller surely will (although he is currently making more than Fuller, for what it’s worth).

Similar to Cole’s one-year deal signed in April, I could see a similar offer being extended to Dawuane Smoot. The fourth-year defensive end is in the final year of his rookie contract. He has been yanked every way to Sunday since arriving in Jacksonville, playing every position along the defensive line – and he still somehow appears to enjoy it here. He thrived as the fourth Edge rusher to Allen, Yannick Ngakoue, and Calais Campbell in 2019, tallying a career-high six sacks. Smoot is a quality depth guy that, like Cole entering 2020, the Jaguars can keep on a team friendly deal, whether that’s on a one-year like Cole or the three-year extension given to A.J. Cann prior to the 2019 season.

And that keeps more money in the Jaguars’ pockets to add bigger free agents.

… what more needs to be said?

(I was going to add D.J. Chark under this subsection, but that’s even more obvious)

Sure, the Jaguars kicker situation has been a disaster in 2020 as injuries plagued franchise-kicker Josh Lambo’s season (although shout-out Chase McLaughlin – literally joined the team Saturday and was two-for-two on field goals Sunday. He must’ve heard about those pesky high school kids vying for the job).

But when Lambo comes back, we all know: he is automatic. As Jaguars fans have learned this season, it’s not fun to not be guaranteed points every time your kicker jogs onto the field.

In the same token: what third-year punter Logan Cooke is doing cannot be taken for granted either. He's top-ten in the League in net-yardage. He also handles kick-offs and was prepared to step in at place-kicker if the Jaguars needed this weekend.

The other two drives started at Green Bay’s 20-yard line and 27-yard line.

“They say one thing has been true all along: you don’t really know what you got ‘til it’s gone.”

Embrace this talent. Don’t let it walk this time, Jaguars.