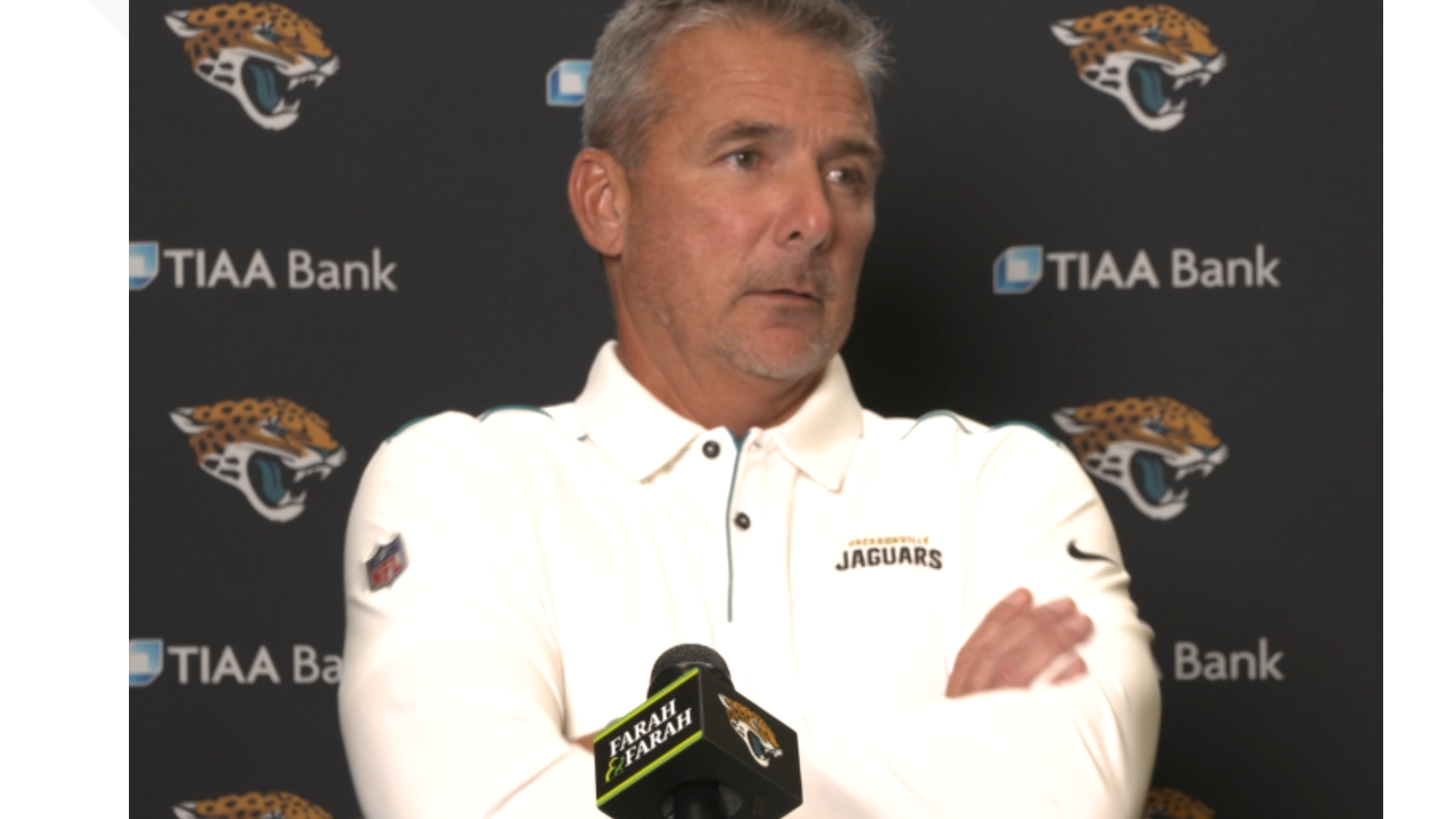 JACKSONVILLE, Fla. — The full quote, in its entirety, from Jaguars head coach Urban Meyer when he was asked whether vaccination status played a role in players making the team's roster:

“Everyone was considered. That was part of the production, let’s start talking about this, and then also is he vaccinated or not. Can I say that that was a decision maker? It was certainly in consideration.”

For whatever the reason, this struck a chord with both national reporters and the NFLPA, who promptly began an "investigation" into whether this was true or not. The Jaguars and Meyer released a statement in response on Wednesday morning:

"Availability is one of the many factors taken into account when making roster decisions. We have vaccinated and unvaccinated players on our roster, and no player was released because of their vaccination status. Ultimately, decisions are based on a player’s ability to help the Jaguars win. We educate our players and respect personal decisions as it pertains to the vaccine. We want to keep our players, staff and families safe as we comply with protocols related to both health and safety and competition on game days."

If you've been following the NFL for the past six months (and, quite frankly, the past 20 months of a COVID-19 pandemic world), this is of no surprise. The NFL has not mandated that all players get the vaccine; it is a choice. But while vaccinated players can continue to practice and play if they are a close contact of someone with the virus, unvaccinated players cannot. They're immediately taken out of the shuffle for 7-10 days. Same, too, if an unvaccinated player tests positive: they are out for a minimum of 10 days. If a vaccinated player tests positive, they can return with two negative tests more than 24 hours apart.

Literally, we discussed this months ago. But because Urban said it, #clicks for national pundits.

Put simply: the best ability is availability. Vaccinated players can become available quicker if they've had contact with the virus. Unvaccinated players cannot. Meyer pointed to star pass rusher Josh Allen, who has missed the past two games due to COVID-19 protocols. Allen has not commented on his vaccination status officially but has worn a mask when speaking to reporters.

It's unknown how many players among the Jaguars' 27 cuts on Tuesday were vaccinated or unvaccinated. Jaguars officials have said the team has hovered around the 85% vaccination threshold necessary to relax some COVID-19 protocols in the team facility. Following the first round of preseason cuts, the team stood at 84% vaccinated. Only one team in the NFL has hit the 100% vaccination rate, the Atlanta Falcons.

With the Jaguars scheduled to fly to London in October to face the Miami Dolphins, vaccination status could become an even bigger factor for the Jaguars in particular. U.K. and European Union flight and visitor restrictions have fluctuated as cases in the United States, particularly in Florida, continue to skyrocket.

As Meyer and the Jaguars have maintained: the vaccine is a personal choice. But given the protocols and guidelines the NFL has laid out, like it or not: the vaccine is also a competitive advantage.