Jacksonville Jaguars football is still months away but fans looking for an early dose of the gridiron can turn to our northern neighbors in the Canadian Football League. 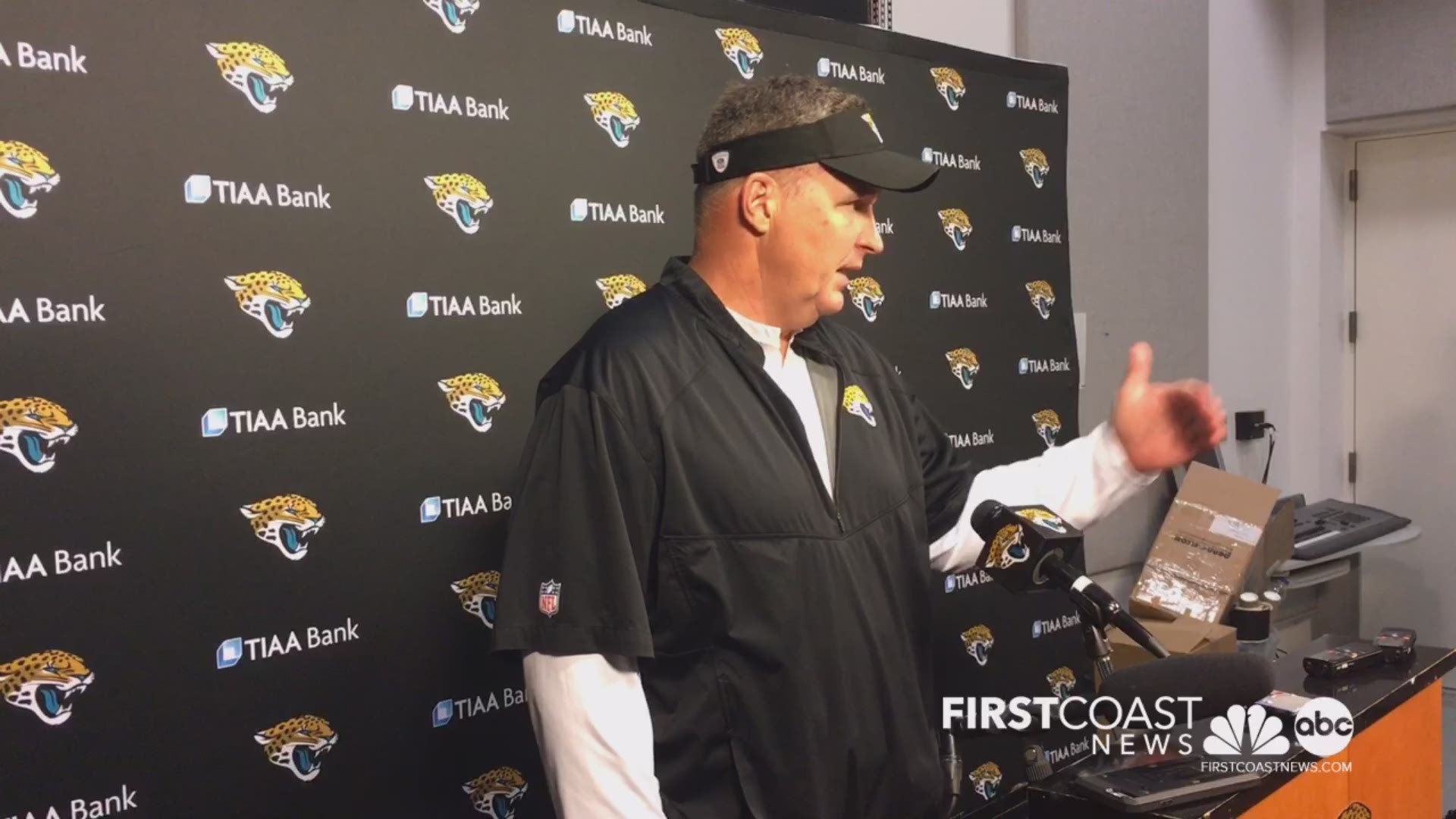 Along with hosting their full 90-man roster for this week's mandatory minicamp, the Jaguars have also invited nine tryout players to take part in the three days of practice.

Starting Tuesday, the Jaguars front office and coaching staff will evaluate and teach their roster how to prepare for the grind of training camp. If the tryout players stick out during the minicamp, they could steal spots from current members of the roster.

Below are the nine players who are invited to take part in the Jaguars' mandatory minicamp from June 12-14:

Thoughts: Banner has some NFL experience as he was a fourth-round pick of the Indianapolis Colts in 2017. After being cut by Indianapolis as a rookie, Banner played in eight games for the Cleveland Browns. He was waived by the Browns in March and then claimed off waivers by the Carolina Panthers. Carolina released Banner in May. With some NFL experience, Banner could push the likes of KC McDermott and Brandon Smith during minicamp.

Thoughts: A former walk-on at FIU, Canady broke out last season. The Jacksonville native and Paxon High School grad produced 66 tackles (three for loss), eight pass breakups and an interception during his final year with the Panthers. He could potentially push fellow undrafted cornerbacks Dee Delaney, Tre Herndon and Quenton Meeks during the minicamp.

Thoughts: Davidson had some pre-draft hype but went unselected in May. He averaged 44 yards per punt last season and could be a legitimate option as a second punter on the roster. Seventh-round pick Logan Cooke has gone uncontested at the punter position so far this offseason.

Thoughts: East has bounced around the league as a token extra offseason long snapper since 2015. The invitation from the Jaguars may have to do with the number of punters set to participate in minicamp. Colin Holba has been the only healthy long snapper during the offseason as Carson Tinker has been recovering from ACL surgery.

Thoughts: Frix previously tried out for the Jaguars in May during their rookie minicamp. With three punters involved in this minicamp, it makes sense to house at least three long snappers. This could mean nothing, as with East's invitation.

Thoughts: Hickey is trying out for the Jaguars for at least the second time in his career. He previously worked out for the team towards the end of the 2015 season. Hickey has bounced around the NFL since going undrafted in 2015. He has played for several practice squads over the last four seasons but could use his connection to Jaguars head coach Doug Marrone to snag a roster spot this time around.

Thoughts: Martin is a Division II prospect with 56 college sacks on his resume. He won the Gene Upshaw Division II Lineman of the Year award last season after producing 15.5 sacks and 26.5 tackles for loss. He could be a potential competitor for the likes of Michael Hughes, Darius Jackson, Kapron Lewis-Moore and Michael Bennett.

Thoughts: Nizialek played for the Bulldogs last season after spending three years at Columbia. He averaged 45 yards per punt in his lone season at Georgia. He previously tried out for the Jaguar during rookie minicamp. With Cooke serving as the only punter on the roster, the Jaguars may want to rest his leg or give him some competition during training camp.

Thoughts: Smelter was a fourth-round pick of the San Francisco 49ers in 2015. Despite being a relatively notable draft choice, Smelter appeared in just two games for the 49ers. He spent this past offseason with the Indianapolis Colts. He offers good size but has yet to make an impact in the NFL.