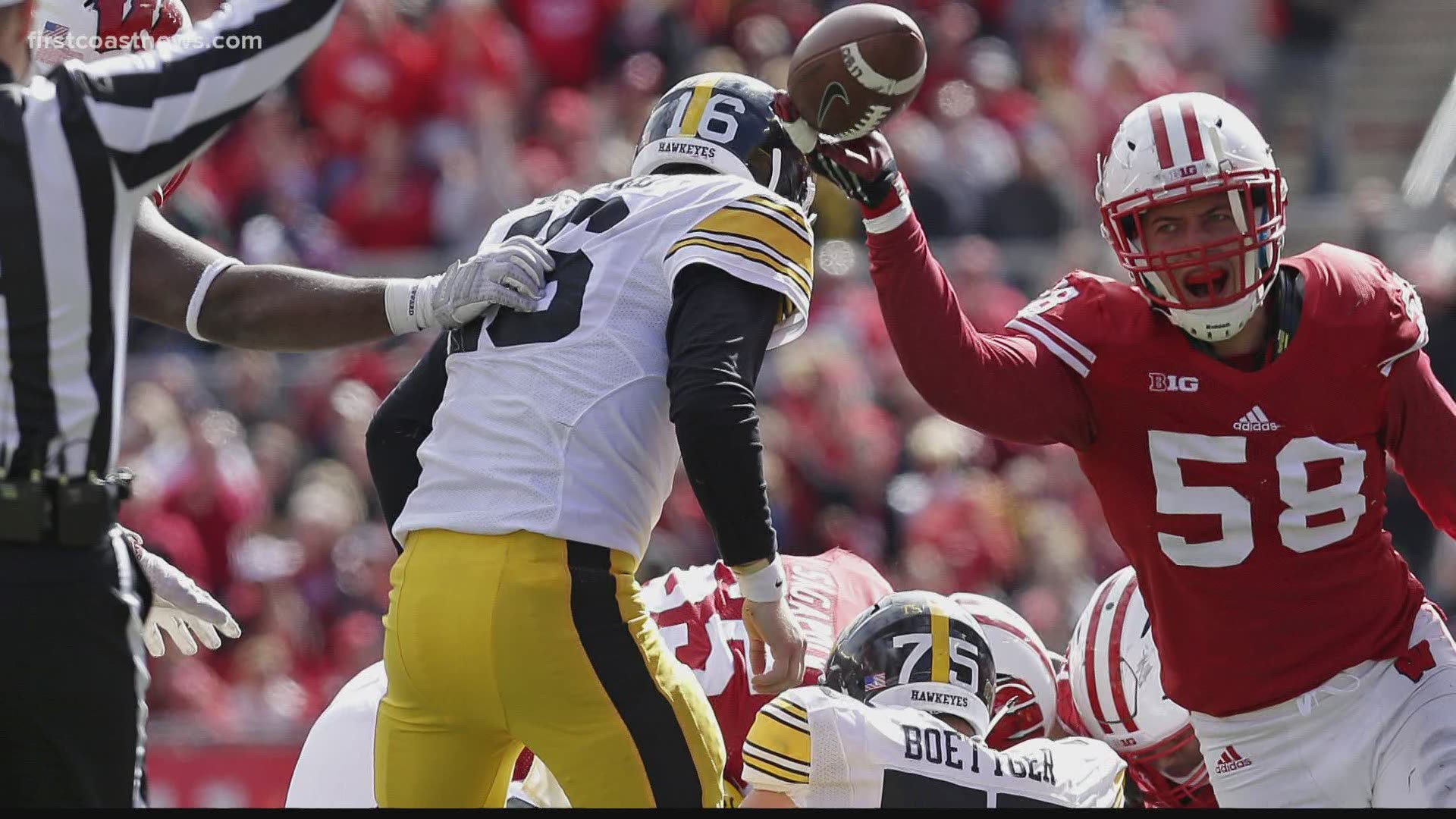 The last few weeks have been a long, winding road for NFL free agents.

With facilities closed across the nation, the newest members of each of the league's 32 teams couldn't just pop in to have their physical and sign their paperwork: most couldn't fly into town due to the coronavirus pandemic.

It's why Jaguars' signee Joe Schobert opted for the road less traveled a few weeks after he initially signed. Literally.

“I had to move out of my Cleveland apartment by May 1st. So I had to get back to Cleveland," Schobert explained Tuesday. He and his wife have been living at his in-law's in Wisconsin. "Pack everything up – my dad came along. Then we drove down to Florida right after that. Thirteen hours, straight shot…

“Did my physical, did a little house hunting, got the lay of the land. And then drove 16 hours back to Wisconsin.”

Back to Wisconsin where his one-month old son, Simon, and all the trials and tribulations of parenthood awaited.

If it sounds like a lot, it is. But in some regards, Joe Schobert was built for this: he hasn’t had a normal “road” to the NFL.

“Kids didn’t get recruited from where I was from [in Wisconsin]," he explained. "I played four sports. I didn’t go to the football camps in the summer. The 7 on 7's, the combine camps.”

Like so many Wisconsin natives before him, Schobert opted to walk-on at UW-Madison.

“Wisconsin’s got a great walk-on tradition. So I said, ‘I’m gonna be the next guy that’s gonna prove it.”

He proved it as a Pro Bowler with the Cleveland Browns in 2017. In four seasons, he's missed just three games, while racking up 408 tackles, including 133 last season. He added 8.5 sacks, 19 quarterback hits and seven forced fumbles.

The Browns’ win-loss record didn’t always reflect Schobert's personal success: the team went a combined 1-31 in his first two seasons in the league. While they improved enough to win 15 games combined over the last two seasons, Schobert still feels he has something left to prove -- something he feels he can accomplish in Jacksonville.

“I wanna be able turn the culture into a traditional winning culture... turning it into a team that can go to the playoffs year after year and become one of the more successful franchises in the AFC, competing for championships.”

Hey, the guy does know a thing or two about the “long road ahead.”