Both star players did not practice Wednesday for the Jaguars. They were on the field in limited capacities Thursday ahead of Sunday's game at Indianapolis 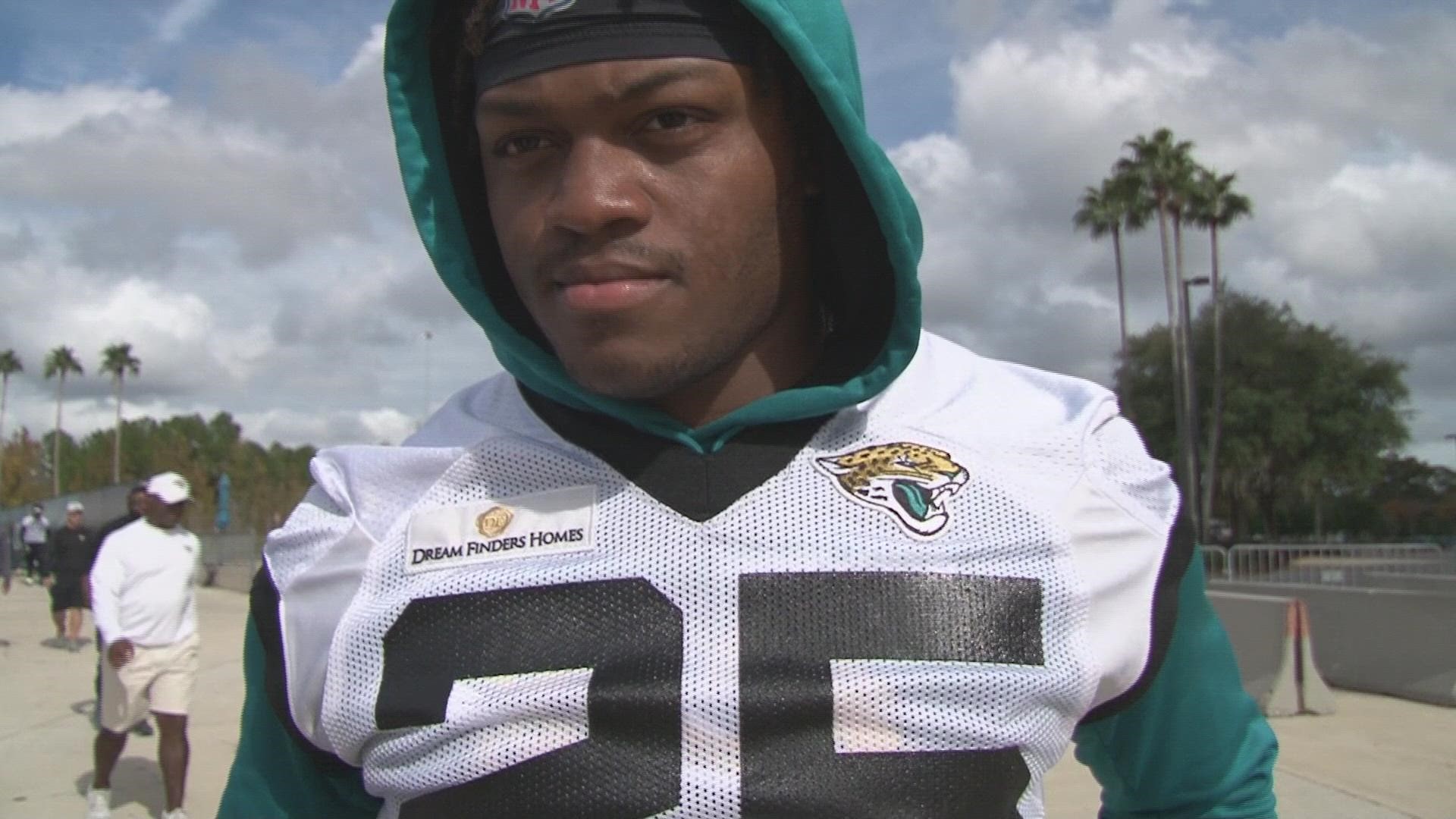 After the confidence-of-all confidence boosters this past Sunday (a 9-6 win over the top-ranked Buffalo Bills), the Jaguars (2-6) are riding high heading into a Week Ten showdown with their AFC South rivals, the Indianapolis Colts. Kick-off from Lucas Oil Stadium is set for 1 p.m. ET.

However, as they prepare to clinch their first win streak since October 2019, the team faces several key injury questions.

Starting running back James Robinson (heel) missed Sunday's win and has been limited over the past two weeks in practice. Robinson suffered the injury when he collided with the Seahawks bench during Jacksonville's loss at Seattle Week Eight.

"It just hurts. [As a running back], you gotta plant your foot, and that's when you feel it. That's a main part of football," the second-year tailback told First Coast News Thursday. Thursday was Robinson's first, true practice since the injury occurred. "Still feel it a little bit... I don't want to go out there [in the game] and be thinking about my heel. I want to be 100-percent."

Robinson officially practiced in a "Limited" capacity, per the team.

Meanwhile, captain and middle linebacker Myles Jack played in Sunday's game against the Bills, but head coach Urban Meyer revealed on 92.5 FM/1010XL Tuesday that Jack would be limited in practice this week with a knee injury. Jack confirmed that he hyperextended his knee to reporters Thursday, but said he is "100-percent" playing in Sunday's game against the Colts. He did not practice at all on Wednesday.

"It's easy [rehabilitation]," Jack told First Coast News. "We're like 'the Wolverine.' Heal up and get right back to it."

Jack officially Did-Not-Practice Thursday as well, per the team, but was back on-the-field.

Cornerback Chris Claybrooks (concussion) also did not practice Wednesday, but was spotted leaving the Jaguars' practice field during media availability.

Myles Jack officially DNP on Thursday, but tells me he'll be 100% for Sunday.

More from Myles -- because don't forget: he didn't play vs #Dolphins in London. Sunday was his first win in over 400 days as a #Jaguars