“Time to get that money” 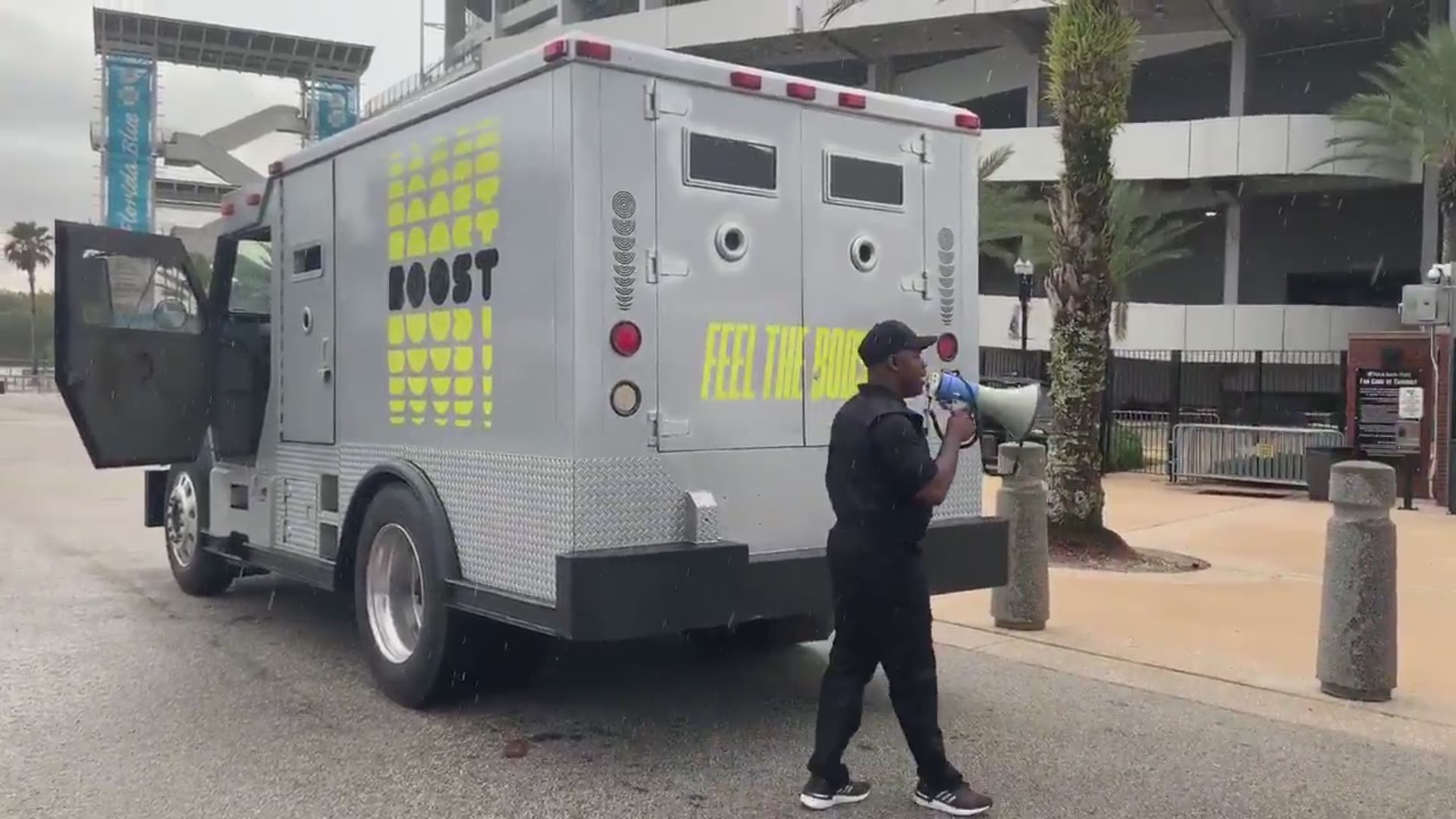 Jalen Ramsey is no stranger to the spotlight, both on the field and off it.

Wednesday was no different as the made an elaborate entrance to the Jacksonville Jaguars training camp in the back of an armored money truck, complete with his own hype man.

"The man so good, they finna give him his own jail," his driver shouted from a megaphone after they pulled up to TIAA Bank Field."...These receivers are on 24-hour lockdown!"

The truck was filled with what appeared to be bags of money.

"You'll know what it is," said Ramsey said after climbing out of the back of the vehicle.

RELATED: Jalen Ramsey returns to Jacksonville, sounds off about desire for a new contract

This is the two-time Pro Bowler's fourth year with the Jaguars, with his contract up for an extension. Ramsey has been public about seeking more money from the team.