Jaguars beat the Colts 38-20 in the season finale 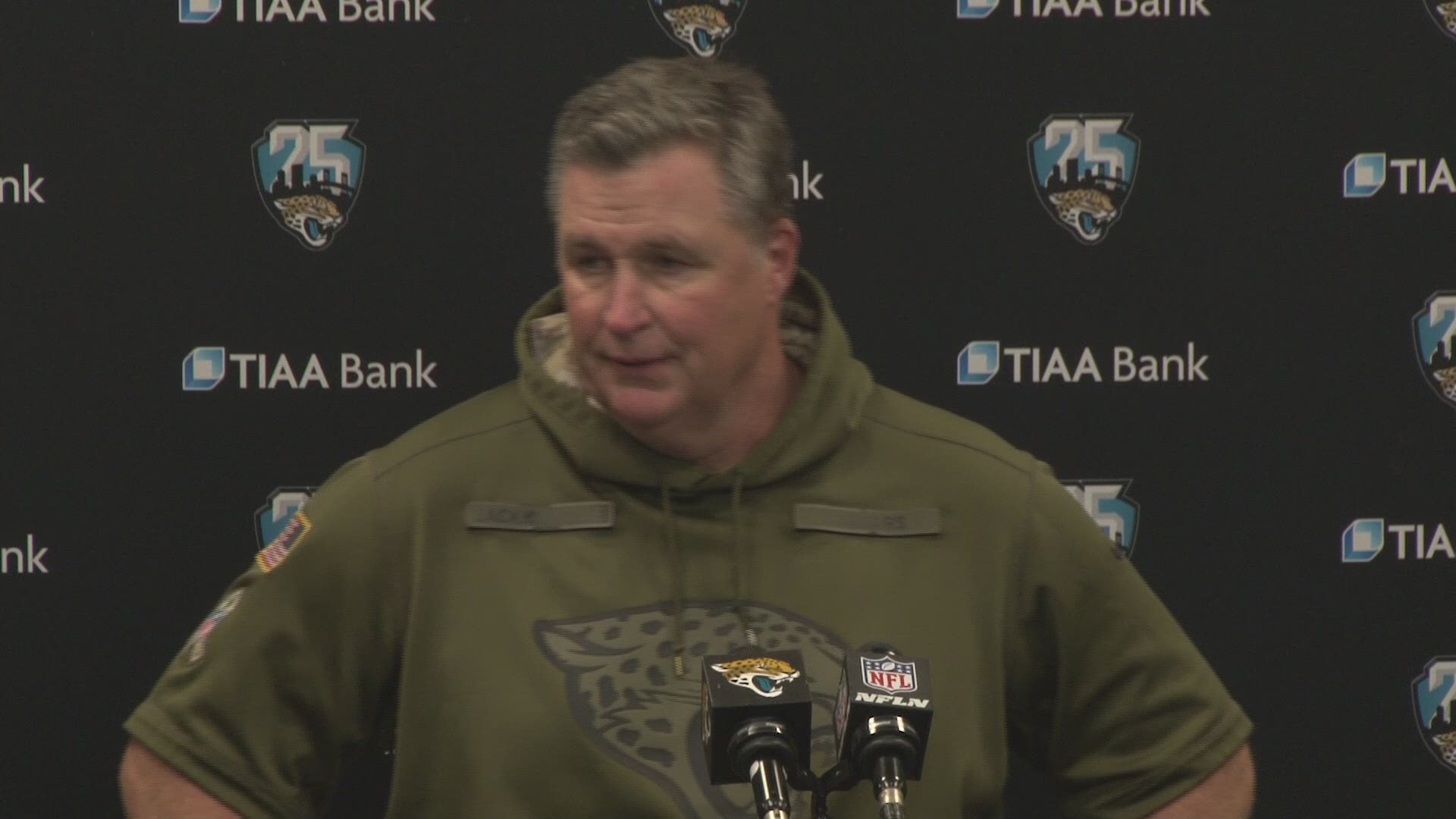 JACKSONVILLE, Fla. — After a brutal 33-13 loss in their first meeting with the Colts, the Jaguars came ready to play in their season finale. The Jaguars didn't punt until halfway through the third quarter when they had a 24-20 lead over Indianapolis.

A big moment in the first half for DJ Chark exceeding 1,000 receiving yards for the season, he came into the day only needing 26 yards to reach that milestone.

“It’s a pretty big accomplishment. My teammates really supported me and really wanted me to get it – my family as well, so it feels good to be able to come through.”

After being down 20-10 the Jaguars rallied for 22 second half points to beat the division foe. Two fumbles from Jacoby Brissett in the fourth quarter led to 14 points and the finishing touches Sunday evening.

Yannick Ngakoue who forced one of the fumbles had this to say after the game:

“When I first got here, I was considered a third-down rusher. I was counted out. I was the 69th pick; I got passed up by all 32 teams three times. I just tried to improve my run game while also trying to be a better leader for these guys.”

Gardner Minshew finished the day throwing for 295 yards and three touchdowns. Dede Westbrook was the leading receiver with 7 catches for 72 yards. Jacksonville finishes the season 6-10. It is the eighth time since 2011 they've lost double digit games in a season.

The Jaguars are slated to pick 9th in the 2020 NFL Draft.