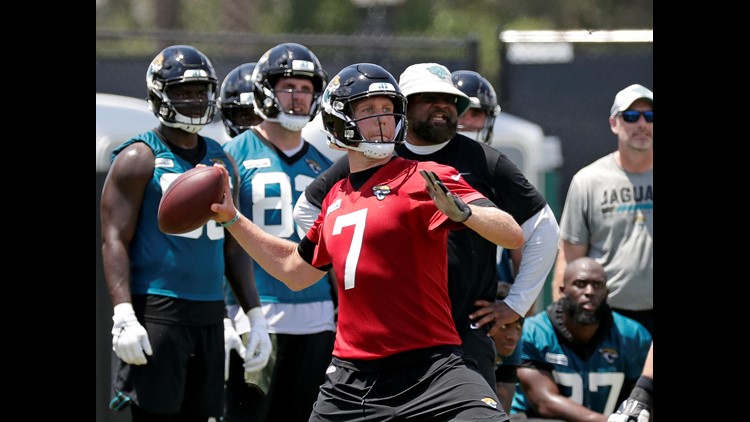 JACKSONVILLE, Fla — Jacksonville Jaguars football is back this Sunday with the team celebrating its 25th year in Jacksonville.

The Jaguars will officially kickoff the Nick Foles era against the Kansas City Chiefs at 1 p.m.

Foles facing a former head coach in Andy Reid, who drafted him out of college and a coach Foles credits with helping develop into the quarterback he is today.

It will be the second time in less than a year that the Jaguars will face the Chiefs.

The last time these two squads met, the Chiefs jumped out in front early leading 20-0 at halftime and they’d go on to win 30-14.

It was the Chiefs game that was the start of the Jaguars 2018 season falling apart, after a 3-1 start.

The Jaguars would go on to lose seven straight games.

Now this time around the Jaguars are counting on Foles to make a huge difference in the rematch Sunday.

As for the Chiefs, many fans and media have claimed Kansas City to be a legitimate Super Bowl contender.

On paper, there’s no reason to think that the expectations set for them are too high — but before they can make a playoff run, they need to take care of business during their regular season schedule. That starts on Sunday with a road game against the Jacksonville Jaguars.

The challenge of slowing down Kansas City remains the same.

The Chiefs led the NFL in scoring last season, averaging 35.3 points, and ranked third in NFL history. They led the league in yards per play (6.84), yards per game (425.6) and ended up with the league MVP (Mahomes).

They lost at home in overtime to New England, falling just short of reaching the Super Bowl for the first time since 1970. With Mahomes, Hill and Kelce intact for another run, they're a trendy pick to win it all.

Jaguars vs. Chiefs, Sunday at 1 p.m. at TIAA Bank Field.