Jaguars look to bounce back, sweep series with rival Titans 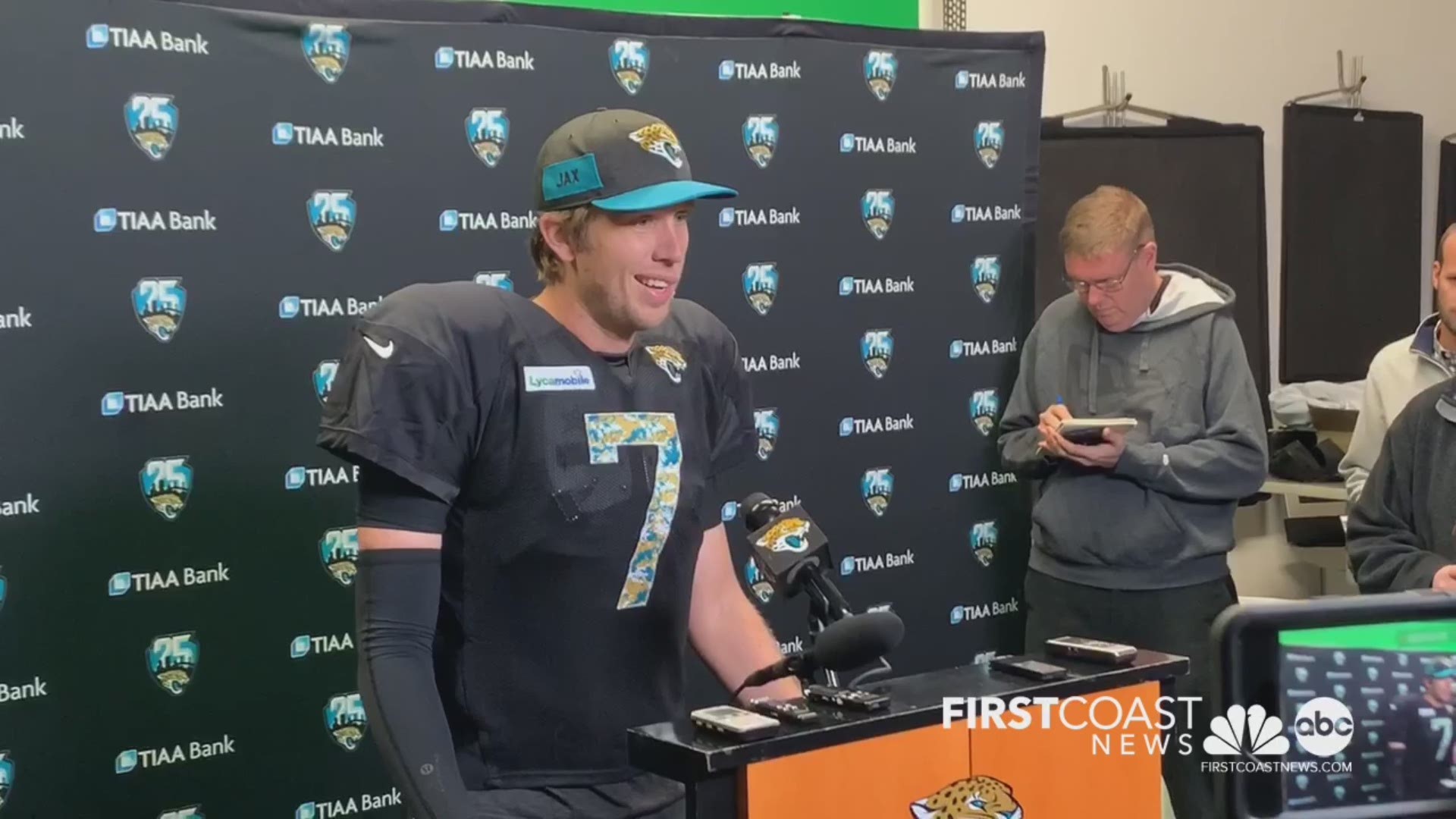 Nashville's Nissan Stadium has been a bit of a "house of horrors" for the Jacksonville Jaguars of late: the Big Cats have dropped five of their last seven meetings with the Titans, and haven't won at Tennessee since 2013.

Then again, just about every road trip of late has been a challenge for the Jags.

After losses in London and Indianapolis, the Jacksonville Jaguars (4-6) will try to get back on track Sunday when they face the Titans (5-5). Jacksonville won the first meeting between the two sides 20-7.

As if Derrick Henry's 99-yard touchdown run against the Jaguars last season didn't still haunt the Jaguars' dreams, Jacksonville has struggled against the run in each of their six losses -- but especially the last two.

The Jaguars allowed a running back to eclipse the 100-yard plateau for the third time this season against the Colts -- except this time, two different Colts running backs went for over 100 yards (Marlon Mack 109, Jonathan Williams 116). That came on the heels of a 160-yard performance by the Texans' Carlos Hyde against his former team in London.

The Jaguars did hold Henry to 44 yards on the ground in their Week Three meeting, but the Yulee native has largely dominated his hometown team. In seven career games against Jacksonville, Henry has 555 rushing yards and seven touchdowns; the next closest mark he has against a single team is four touchdowns against Kansas City.

The Jaguars currently rank 29th out of 32 teams in rushing defense, surrendering an average of 134.6 yards per game.

Can Foles Bounce Back?

In his return from the Injured List, the Jaguars franchise quarterback Nick Foles led an early scoring drive in Indianapolis, but, after that, struggled to get anything going. Foles was 33 of 47 for 296 yards, although a good percentage of that mark was in garbage time. He threw for two touchdowns (both to budding superstar, D.J. Chark), an interception, and was also picked off on a failed, two-point conversion.

The Titans are 22nd in passing defense, giving up an average of 256 yards per game through the air. However, they appear to be gaining some traction, winning three of their last four. Despite that Week Three loss to the Jaguars, the Titans held rookie quarterback Gardner Minshew to 204 yards through the air.

Getting to the Quarterback Early

In Jacksonville's Week Three victory over the Titans, a vital, forced fumble on special teams gave the Jaguars possession deep in Titans territory just two minutes into the game -- and after a three-and-out. The Jaguars turned that turnover into seven points, and would score on their ensuing drive to put Tennessee in a hole they could never climb out of.

Moreover, in going up by two scores early, the Jaguars forced the Titans to throw the football -- and challenge their heralded defense.

Marcus Mariota, then the Titans starter, was sacked nine times in that game. This was also less than a week after Pro Bowl defensive end Yannick Ngakoue missed the Jaguars-Texans contest with a hamstring injury. With Ngakoue at full strength and Rookie of the Year contender Josh Allen clicking on all cylinders, the Jaguars are more than prepared to rely on their pass-rush. They just need their offense to support them and force their opponents' hand.

During the Titans' resurgence the last five weeks, former Miami Dolphin Ryan Tannehill has started under center. In his media availability this week, Tannehill specifically mentioned avoiding falling into an early hole and the subsequent challenges the Jaguars' pass-rush presents. Needless to say, it's a hole the Titans will be looking to avoid at all costs.

- It will be a homecoming for Jaguars' starting cornerback Tre Herndon, who played his college ball at Vanderbilt. Since Week 7, Herndon has allowed the lowest passer rating when targeted in the NFL (40.4)

- The Jaguars have not won in Tennessee since a 29-27 victory on November 10, 2013. Chad Henne quarterbacked the Jaguars that day, while Ryan Fitzpatrick was under center for the Titans.

- The Jaguars ran the ball just nine times against the Texans, an all-time low in franchise history.