Jaguars Training Camp Position Preview: The locks, the likely and the long shots at wide receiver 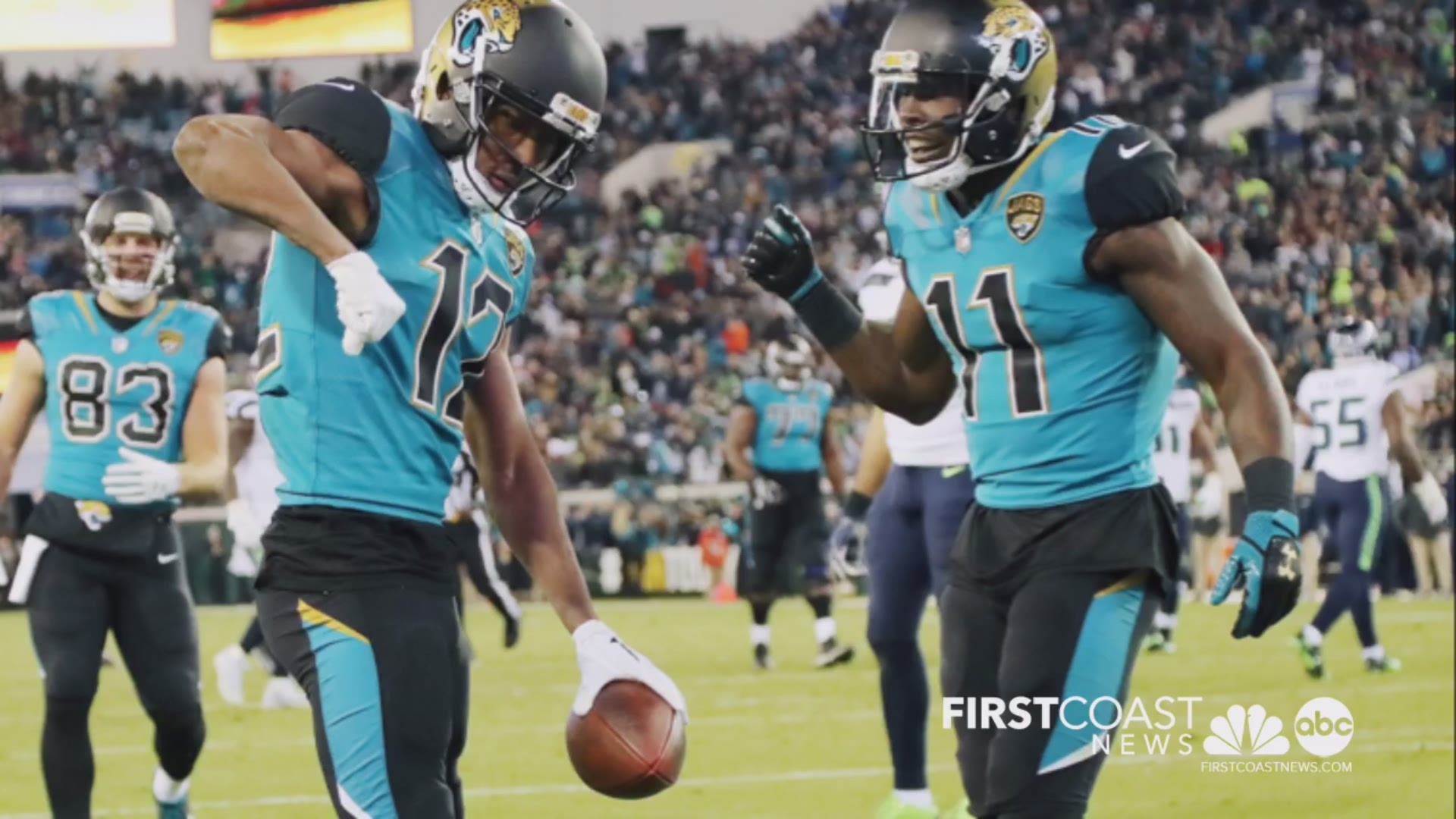 The Jaguars weren't ready to part ways with Lee in free agency. In a bit of an upset, Lee outlasted his 2014 classmates, Allen Robinson and Allen Hurns, when he signed a four-year, $34 million contract in March.

Lee led the team in receptions last season and was one of the better blocking wide receivers in the league. That production led to the Jaguars re-signing the former second-round pick, who seems to be a de facto starter for at least this season. He will have plenty of young, talented wide receivers pushing him throughout the year.

The Jaguars were criticized for their one-year, $9.6 million pact with Moncrief during free agency. However, the deal was made based on the potential upside that comes with Moncrief's ability to stretch the field. The fifth-year wide receiver showed off his speed throughout the offseason program and there is tempered optimism that he could become a major threat on the outside this season.

Moncrief is playing for a new, long-term deal in Jacksonville or elsewhere, so he will be pushing to produce. A potential breakout candidate, Moncrief needs to continue to work on his chemistry with quarterback Blake Bortles.

Last year's undrafted sensation should see a more consistent role in his second season. The Jaguars now know what they have in Cole, which should lead to more snaps and targets for the up-and-comer. Of all the wide receiver talent in the "locks" category, Cole is probably the best fit for the starting slot job.

While he will be pushed by the likes of DJ Chark, Dede Westbrook, Rashad Greene, Shane Wynn and Jaydon Mickens, Cole should be able to hold them all off based on his work from the offseason program.

The Jaguars' second-round pick got off to an impressive start during the team's offseason program. While his speed was a consistent topic, Chark's catching radius and size were his most notable assets during organized team activities. Chark's biggest role will be on special teams but don't overlook him being involved on offense regularly.

Westbrook will be searching for a full-time role on offense this year. Along with potentially becoming a punt returner, Westbrook needs to establish himself in the slot or as a backup on the outside. After a solid rookie season, Westbrook needs to take advantage of his reps and take the next step in his progression as an NFL receiver.

After missing all of last season due to a back injury, Greene returned with a "bang" during the offseason program. A constant "what if" on the Jaguars roster, Greene needs to show he can stay healthy and productive during training camp and the preseason. This is probably Greene's last shot in Jacksonville.

Mickens made the most of his opportunities last season after signing midway through the campaign. Now he is competing with a swarm of talented wide receivers who also have punt returner upside. The Jaguars may keep six (or even seven) wide receivers and the final spot may come down to the punt returner spot. If Mickens wants to make the roster and be active on game days, he will need to stick out on special teams.

Wynn, Mickens and Greene all fit into the same category because their situations are all pretty much identical. The battle for the sixth wide receiver spot is just as much about special teams upside as it is about offensive dynamics. Wynn has produced back-to-back sensational preseasons but needs to remain healthy to grab the brass (or tinfoil) ring.

The undrafted wide receiver entered the offseason program with plenty of buzz but failed to really stand out in the early going. While his 6-foot-5, 222-pound size is appealing on paper, Lazard needs to show up and show out during training camp to earn a spot over the "likely" bunch.

Miller is another undrafted free agent who needs to catch fire early in training camp. With so many talented wide receivers on the roster, it was hard for him to make a mark during the offseason program.

Signed after the team's mandatory minicamp, Smelter is coming in with a clear learning curve. Though he is new to the roster, he has been around the league for a bit, which should help him adjust to the Jaguars' offense during training camp. He, like Lazard, has impressive size (6-2, 227 lbs.).

Another potential punt returner, Crockett is also a late arrival. However, he did spend time on the team's active roster and practice squad last season. If Crockett can take advantage of his knowledge of the playbook, he could become a serious threat to Wynn, Green and Mickens.