Jaguars Training Camp Position Preview: The locks, the likely and the long shots at guard and center

Our training camp roster preview series continues with the center and guard positions. 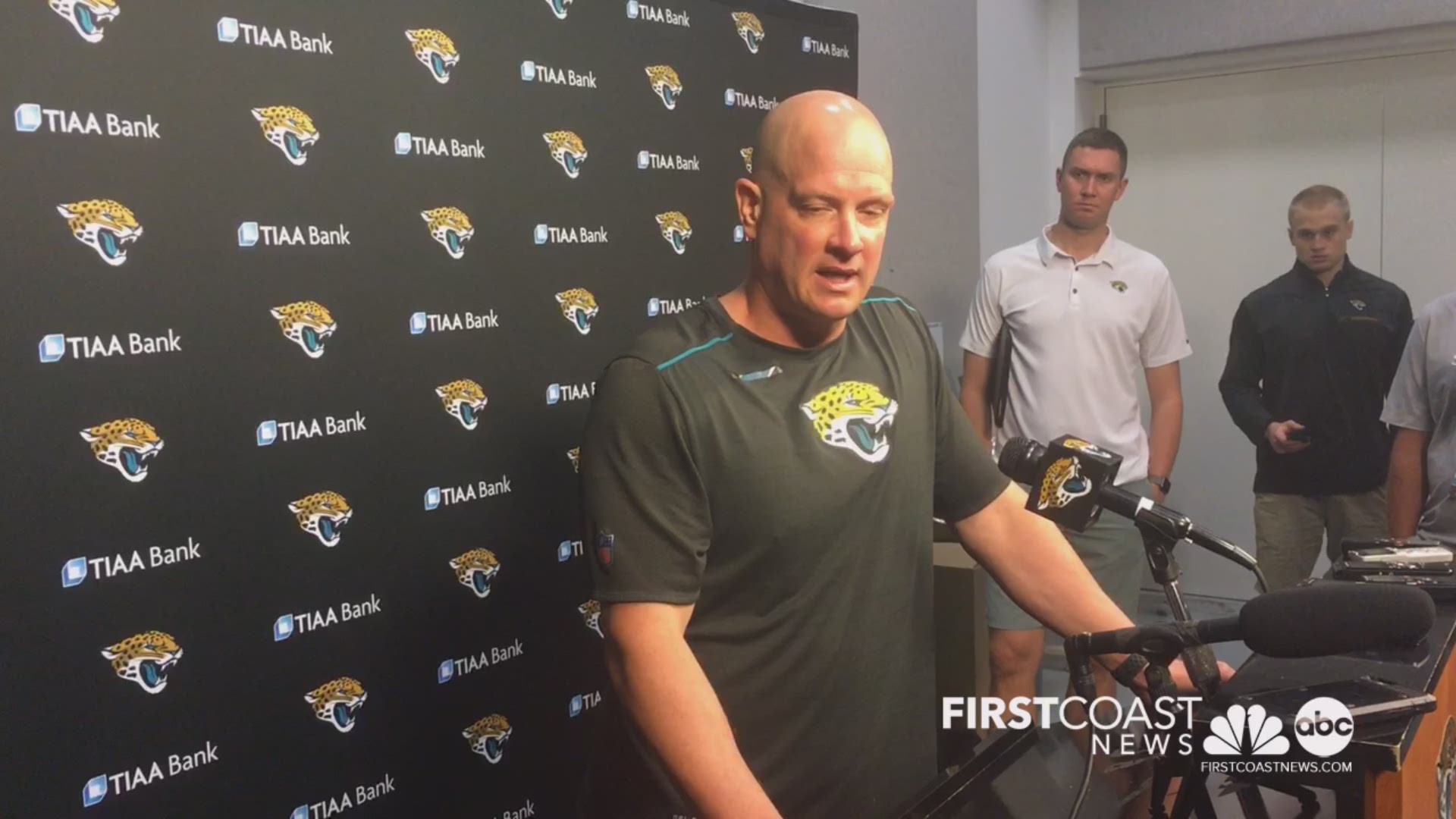 Our training camp roster preview series continues with the center and guard positions.

The center spot is one of the offense's biggest strengths due to Linder's prowess at the position. Entering his third season as the anchor of the offensive line, Linder should be ready to take another step forward as he blocks for quarterback Blake Bortles and running back Leonard Fournette.

Now that the Jaguars are on the upswing, there's a very good chance that Linder receives Pro Bowl attention this season, barring injury.

The Jaguars signed Norwell to a MASSIVE five-year, $66 million deal during free agency. The team's new All-Pro left guard is coming off a career year with the Carolina Panthers and has already made a positive impression among his teammates. The grit is about to pick up a bit during training camp with Norwell entrenched in the lineup.

While Cann has become a polarizing presence along the offensive line, the Jaguars are in no rush to drop him from the roster. At worst, Cann is a top line backup guard. At best, he's an improved starting right guard who will help the Jaguars' offense take flight.

The Jaguars have appreciated Shatley's versatility for quite some time. The top interior backup should be the backup center this season if he is able to make it through training camp and the preseason without any issues. If either of the starting guards were to suffer an injury, Shatley could potentially be the first man up at that position as well.

The Jaguars gave Walker some starter looks while Cann was sidelined during the offseason program. Cann returned to the starting lineup once he was healthy but Walker impressed the staff during the early going. He was on the roster throughout all of last season and seems likely to repeat in that spot this year as well.

The Jaguars have played the "will they/won't they" game with Reed for the last three offseasons. His main competition for a third stint on the active roster is Walker. If Reed can show similar versatility to Shatley, he may have a shot at beating out one of the backup tackles, like William Poehls, for a job.

Thomas has a solid draft pedigree and some NFL experience but seems to be an afterthought at the guard position as of now. A strong preseason and training camp could change his outlook here or elsewhere.

Signed shortly after the Jaguars' mandatory minicamp, Hickey reunited with Doug Marrone and Nathaniel Hackett for the first time since the trio's stint at Syracuse. While the familiarity with the coaching staff is a positive, Hickey will have to overcome quite a few talented linemen this offseason to make his first active roster in four NFL seasons.