Disgruntled defensive end had yet to sign franchise tender, report to camp. 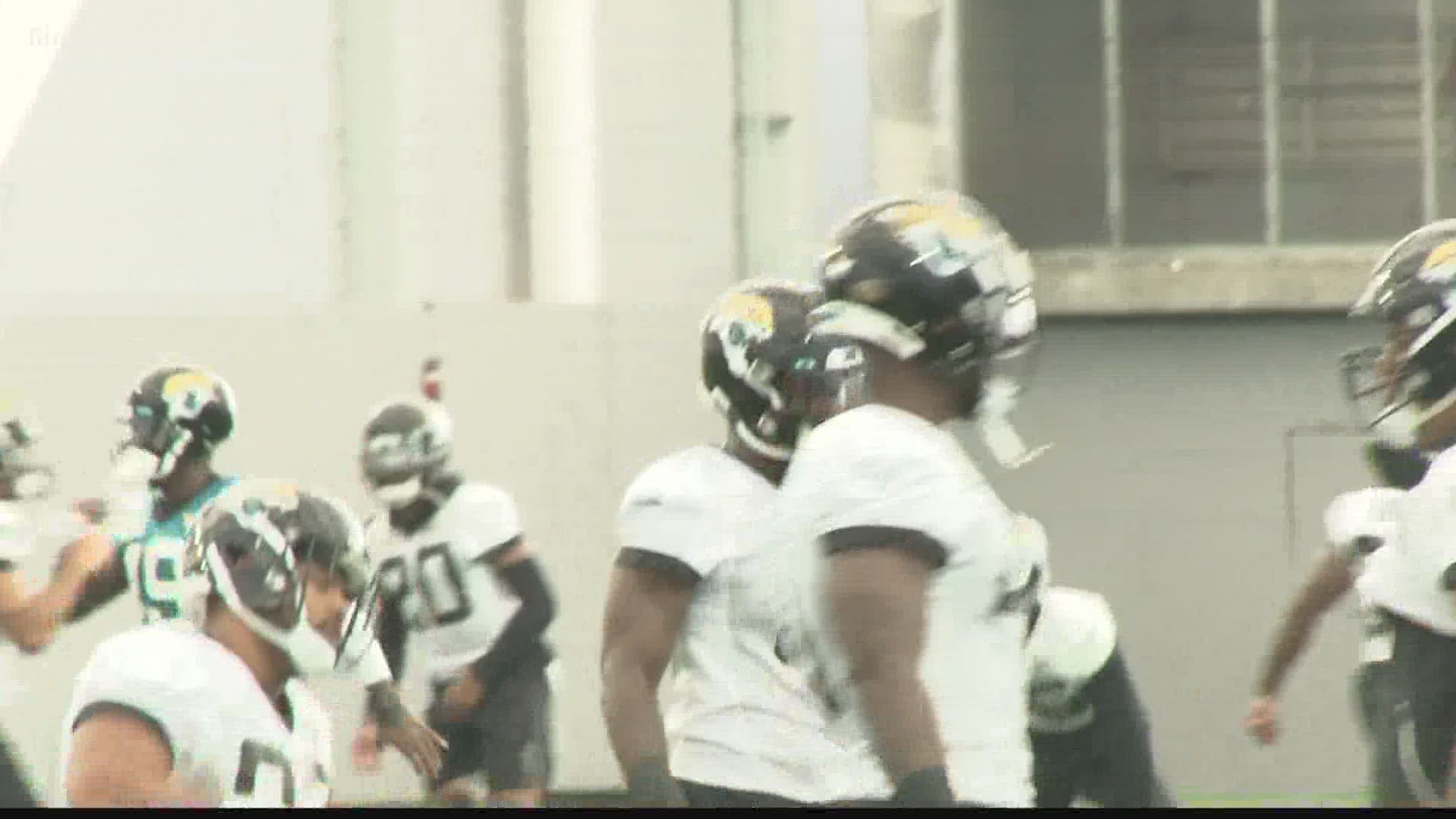 At long last: Yannick Ngakoue has hit the finish line with Jacksonville.

The Jaguars have agreed to trade the fifth-year defensive end to Minnesota for a second-round and conditional fifth-round pick, according to ESPN's Adam Schefter. That fifth-round pick could go as high as a third-round pick. The deal is pending Ngakoue signing his franchise tender, which he is expected to do.

Yannick Ngakoue and the Jaguars will have to coordinate today when he is going to sign his tag so he can be traded to the Vikings, and Minnesota is expected to have to create more salary-cap space to fit in his contract. But Ngakoue’s time in Jacksonville is over, as he hoped. pic.twitter.com/roxgDbyLMO

The Jaguars had placed the franchise tag on Ngakoue in March, and the two sides had until July to work out a long-term extension. The two sides were unable to do so, and Ngakoue had yet to report to Jacksonville for training camp. Ngakoue parted ways with his agent earlier in August.

This all comes after contract negotiations broke off in the summer of 2019, reportedly at the hands of now-former Executive Vice President of Football Operations Tom Coughlin. Ngakoue reported to OTAs, departed, held out the first few weeks of 2019 Training Camp, and then returned and played in 15 of the Jaguars’ 16 games. He tallied 41 tackles (13 TFL), eight sacks, four forced fumbles, and an interception.

For his career, the former third-round draft pick out of Maryland has registered 42 TFL, 37.5 sacks, 14 forced fumbles, and two interceptions.

Don’t forget what’s coming up down the line pic.twitter.com/QmZFyPktxY

The Vikings still need to create cap room. I'm hearing LT Riley Reiff could be a prime candidate for a restructure (has a $13.2 million cap hit), but cutting him would be a risky move since 2nd rounder Ezra Cleveland has been at LG throughout camp. https://t.co/PtpLfUlbWk