The NFL has invited 7,500 vaccinated healthcare workers to this year's Super Bowl. Among them will be four, Baptist Health frontline workers 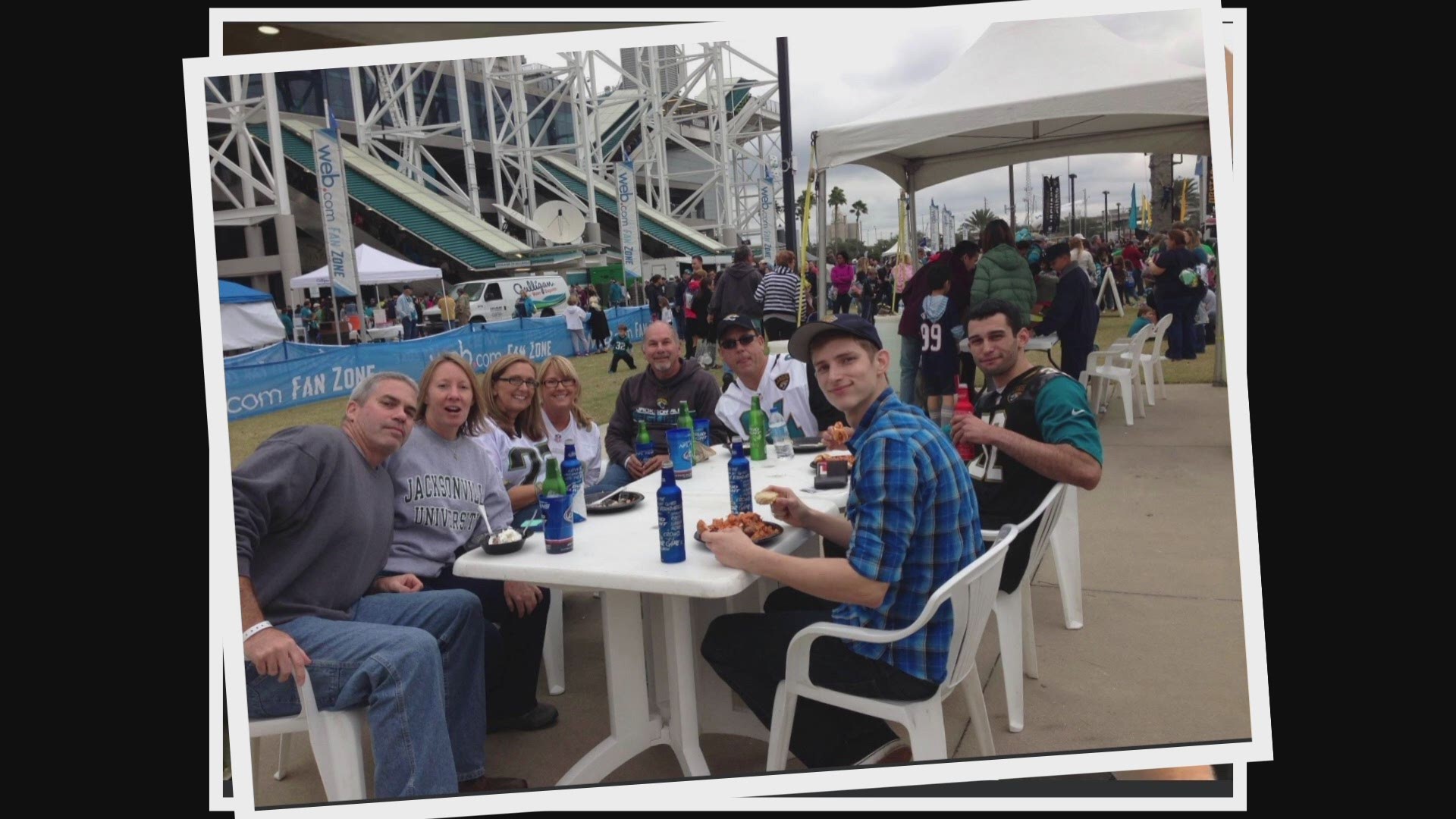 Jodie Bisogno couldn't believe she was talking to Jaguars' legend Tony Boselli ... let alone about to receive Super Bowl tickets from him.

"[We're] huge, huge Jaguars fans. My son used to have the bedspread. He had Tony Boselli on his wall," Bisogno told First Coast News Tuesday. "So, for me, that was giant to get to talk to him, and get to see him. And then at the end to get Super Bowl tickets, too? Amazing!"

22,000 fans will be permitted at Super Bowl LV at Raymond James Stadium in Tampa, Florida. And the NFL has announced that 7,500 of those fans will be vaccinated healthcare workers. Each of the 32 NFL teams will send a contingent from their home market to the Super Bowl. Bisogno is one of four selected by the Jaguars, all frontline workers in the Baptist Health medical system. The Jaguars worked alongside Baptist Health, the official health care provider of the Jaguars, to identify worthy recipients who have gone above and beyond in 2020 to care for the community.

The frontline workers were told they'd be participating in a virtual interview with Boselli on the importance of receiving the COVID-19 vaccine... which they did, until "Big Bo" came through with the big surprise.

"I cannot even express how excited I am. This is on my bucket list," Dr. Vincy Samuel, Director of Employee Health at Baptist, said. "I never would've thought this would've happened in 2021 at this point in time."

It goes without saying: these four individuals have been dealing with far more consequential scenarios than a football game over the last year. But all agreed that sports -- especially football -- have been even more important this year.

For Kelly Guion, a Nurse Manager at Baptist Medical Center in Downtown Jacksonville, life has often centered around sports. Her husband is a former high school coach and athletic director.

"When sports was not a part of our day-to-day life [at the beginning of the pandemic], it was challenging. It's how we unwind at the end of the day, catching, you know, football or basketball on TV," Guion said. "I manage the COVID unit. It's hard, and it's exhausting. You need that reprieve.

"It's meant so much to have this NFL season. I'm grateful we were able to talk about the games, enjoy the games, and have game-day potlucks on the unit floor. It allows the staff to have something other than what's going on in front of them to talk about."

"Yelling at the team can be a great way to let out some of that aggression we feel during the week!" Samuel interjected with a laugh.

All three women have long-standing ties to the State of Florida, so the opportunity to not just attend the Super Bowl -- but the Super Bowl in the Sunshine State -- is a source of pride.

"I know, everybody across Florida heard me scream when Tampa Bay [defeated the Packers]," Bisogno, a Gainesville-area native, said. "And so we get to be in Tampa Bay, in the Bucs stadium getting to cheer them on in home territory. I am over the moon."

"It's super emotional, to be honest," Samuel, a South Florida native, added. "I mean, just thinking about what everybody has been through as healthcare workers and other frontline workers across the world -- we've all been in this together truly. We're calling each other, we're trying to keep each other uplifted, and to be able to share that moment together with them at such an exciting time? It's gonna be amazing to see everybody in one place."

All three women also see this as an opportunity to encourage vaccination and show the world how far we've come in less than a year's time.

"Being somebody that can bring awareness to the vaccine that's out there, and the light that's at the end of the tunnel that I can see now? I want to share that with other people," Guion said. Guion's unit was among the first in Northeast Florida to be converted to a COVID-19 unit; she says she'll never forget March 14, the night their first patient arrived.

"I want to bring that to communities on a bigger scale, being able to represent [as someone] who's gotten my vaccine -- both doses, two weeks out, and I'm feeling great. I never felt anything from the vaccine. And I'm just proud to represent my 80-member team and Baptist Health.

"It's just an opportunity of a lifetime."

They've worked non-stop to care for our community through the pandemic.

We are saying thank you by surprising 4 vaccinated @BaptistHealthJx health care workers with an all-expense paid trip to Super Bowl LV in Tampa Bay! pic.twitter.com/xizVzscJ1F