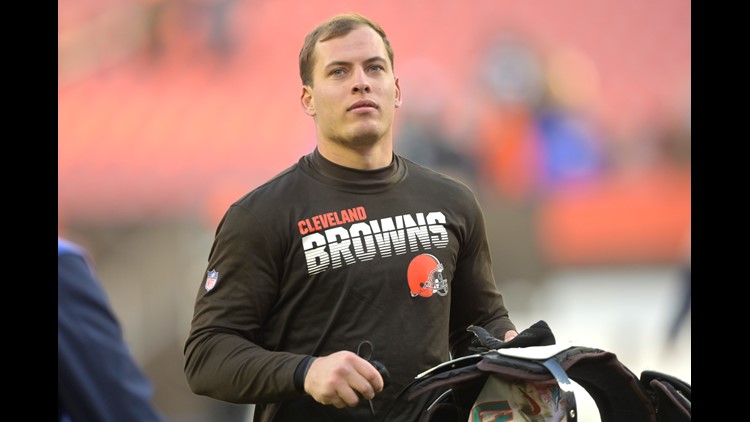 After a quiet, first day of the legal tampering period, the Jaguars have reportedly come to terms with two free agents from the AFC North: linebacker Joe Schobert and cornerback Darqueze Dennard of the Browns and Bengals, respectively.

The 26-year old Schobert's deal is a reported five-year, $53.75 million deal, with $22.5 million in guaranteed signing. That means the Jaguars will have two, inside linebackers ranked in the Top-10 in payroll: Schobert and Myles Jack. Schobert's arrival signals the potential for Jack to move from middle to weak side linebacker; he played the previous two seasons inside.

A fourth-round selection of the Browns in 2016, Schobert has recorded 408 tackles, 15 TFL, 8.5 sacks, six interceptions and seven forced fumbles in 49 career starts. That included a staggering 133 tackles in 2019 to go along with seven TFL, two sacks, four interceptions, two forced fumbles and nine passes deflected.

A former first round selection of the Bengals, Dennard's six year career has been derailed by injuries: he has missed 19 games, including seven in 2019. When he has played, he's been effective, racking up 274 tackles (five TFL) and three interceptions. Perhaps most fascinating: Dennard typically plays the nickel position, a spot occupied by incumbent D.J. Hayden the previous two seasons in Jacksonville. Hayden did slide out to cornerback with A.J. Bouye out with injury in the Jaguars' 2019 season finale; Bouye has since been traded to the Denver Broncos.

Additionally, the Jaguars released tight end Geoff Swaim after one season on Tuesday, saving the club $3.74 million. They also placed the second-round tender on wide receiver Keelan Cole and the exclusive rights tender on linebacker Austin Calitro. Cole will make $3.25 million in 2020 on the second-year tender.