The Jaguars made a pair of roster moves prior to the start of their fourth training camp practice on Monday. 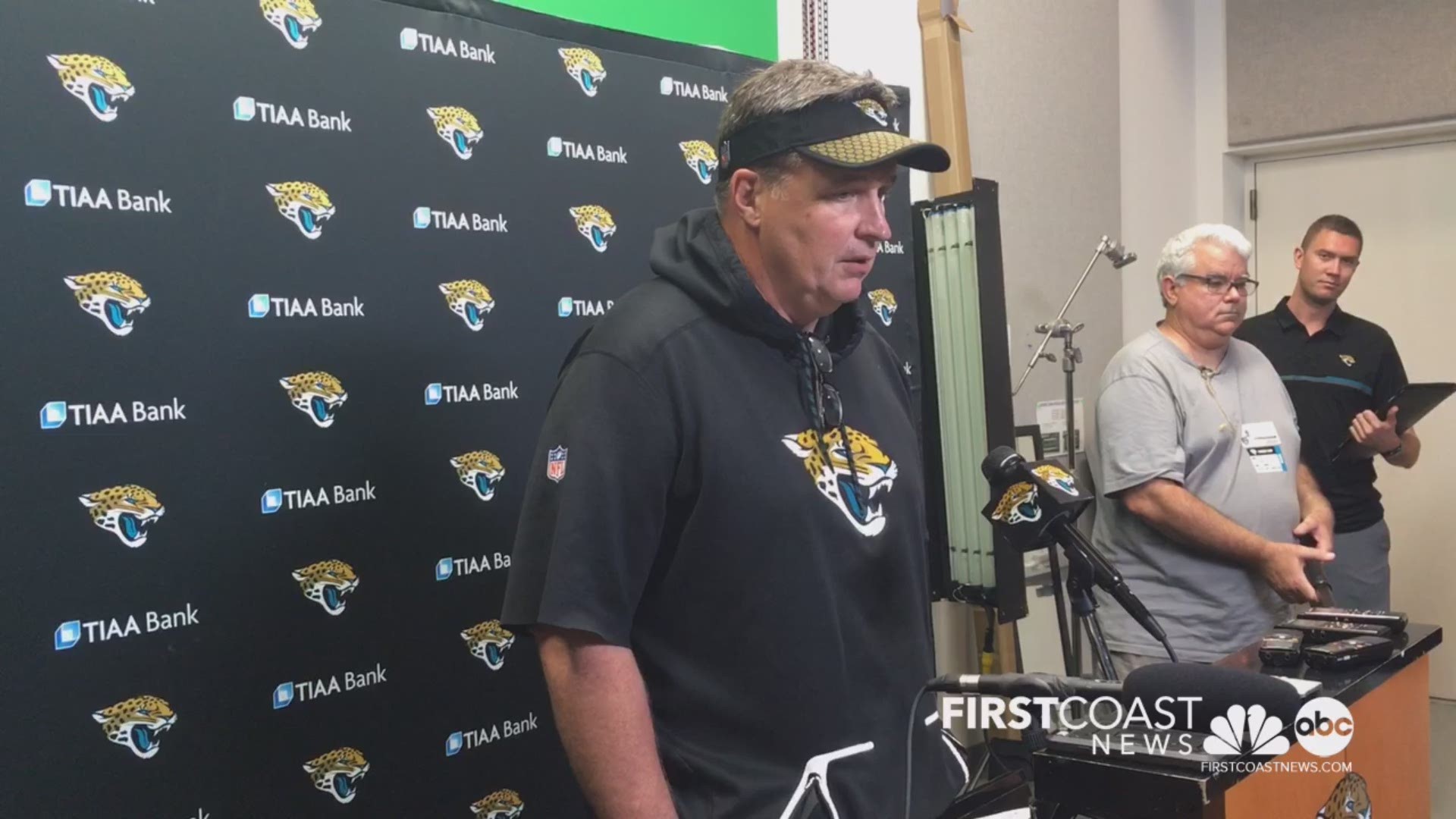 JACKSONVILLE, Fla. -- The Jaguars made a pair of roster moves prior to the start of their fourth training camp practice on Monday.

The team signed defensive tackle Kaleb Eulls to replace defensive lineman Kapron Lewis-Moore, who was waived with an injury designation.

Eulls (6-4, 309 lbs.) was an undrafted free agent in 2015. He signed with the New Orleans Saints as a rookie, appearing in four games during his initial NFL season. He spent the last two seasons with the Los Angeles Chargers, bouncing back-and-forth from the active roster to the practice squad.

The 27-year-old defensive tackle played college football at Mississippi State. He started 52 games for the Bulldogs during his four-year tenure.

Eulls will compete with the likes of Michael Bennett, Eli Ankou and Lyndon Johnson for a backup defensive tackle job behind Malik Jackson, Abry Jones and Marcell Dareus. The Jaguars are expected to keep at least four defensive tackles on the active roster this season.

Lewis-Moore will be subject to waivers. If he passes through the process unclaimed, he will revert to the Jaguars' injured reserve. Lewis-Moore signed with the Jaguars in February. The 2013 sixth-round pick hasn't appeared in a game since 2015.

Following the pair of moves, the Jaguars' roster stands at the 90-man limit.