Utilizing Seferian-Jenkins' strength and size, Bortles has often targeted the tight end across the middle. 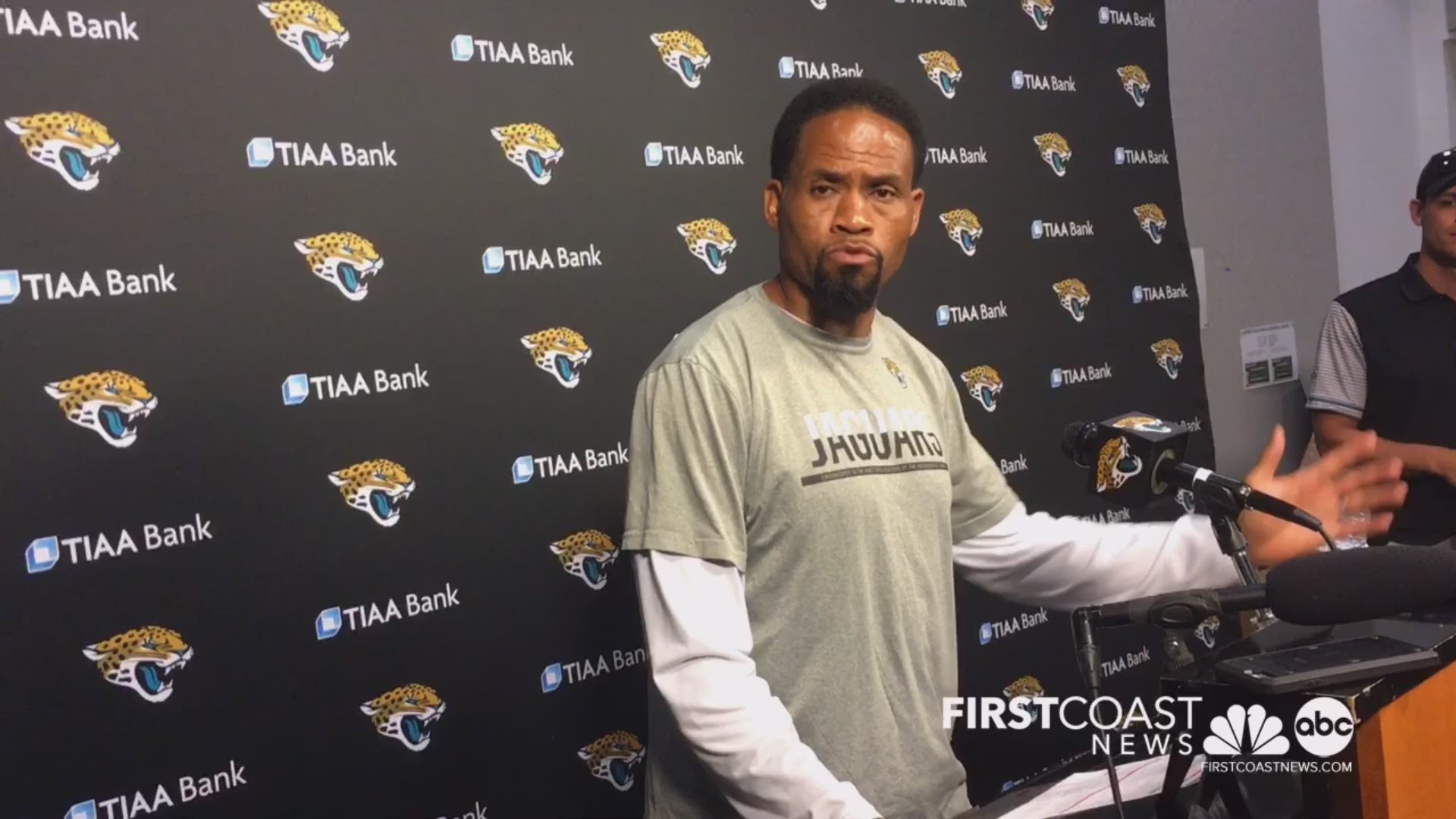 On Tuesday, the quarterback found the tight end for a handful of completions during team drills. Utilizing Seferian-Jenkins' strength and size, Bortles has often targeted the tight end across the middle. That strategy shouldn't come as a surprise to anyone.

However, the pair has also developed a downfield rhythm during workouts. Bortles has regularly been able to connect with Seferian-Jenkins on downfield lobs. Seferian-Jenkins' ability to get open down the seam of the defense has been an ongoing feature of the Jaguars' offense during OTAs.

While we still don't have a clear perception of how Seferian-Jenkins is as a blocker, his receiving talent appears to be a massive upgrade when compared to Marcedes Lewis, who is now in Green Bay.

Cornerback Jalen Ramsey, running back Leonard Fournette, fullback Tommy Bohanon, defensive end Lerentee McCray, wide receiver Dede Westbrook and defensive tackle Michael Bennett were not seen on the practice field during the workout. McCray and Westbrook were new absences, while the rest of the group has missed multiple installments in a row.

Guard A.J. Cann, defensive tackle Malik Jackson, defensive ends Dante Fowler and Dawuane Smoot and long snapper Carson Tinker worked off to the side with a trainer during the workout.

- Jaguars wide receivers coach Keenan McCardell noted that Marqise Lee underwent a procedure on one of his knees this offseason. The surgery was seemingly minor, as Lee has been able to participate in all but one of the Jaguars' eight OTA sessions.

- Linebacker Donald Payne was on fire during Tuesday's workout.

Backup quarterback Cody Kessler had a pass knocked in the air by safety Cody Davis and Payne was able to snatch the ball for an interception. Two plays later, Payne broke up another Kessler pass.

We wrote about Payne's new role on Monday.

Bortles has thrown picks to Davis and cornerback A.J. Bouye. Kessler has thrown interceptions to Payne and safety Don Carey. Both of Tanner Lee's interceptions have been produced by undrafted safety C.J. Reavis.

- While his work as a lead blocker has been hard to evaluate without contact, fullback Lamar Atkins has caught the ball very well as a receiver during OTAs. He had two impressive catches out of the backfield on Tuesday.

- Cornerback D.J. Hayden offered up a difficult-looking pass breakup on a ball intended for wide receiver Donte Moncrief. Bortles targeted Moncrief on a crossing route and Hayden was somehow able to reach over and break up the perfectly placed pass.