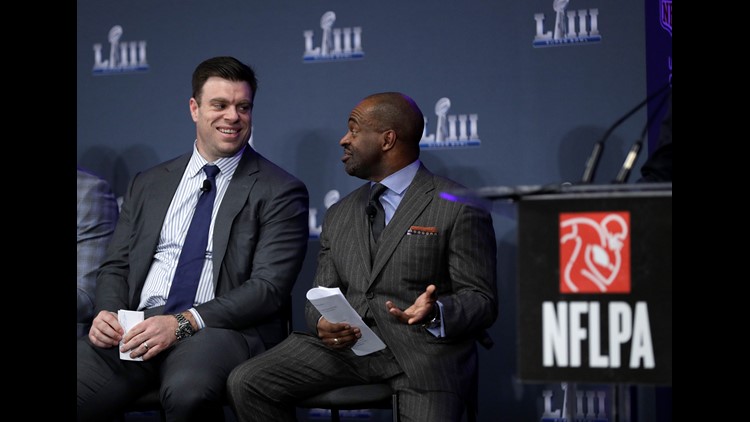 NFLPA wins grievance against Jaguars, in support of Fowler

The NFL Players' Association (NFLPA) released a statement on Monday afternoon, following a grievance won by the the NFLPA against the Jacksonville Jaguars. The statement condones the Jaguars' repeated attempts to violate CBA off-season workout protocol.

"Clubs cannot require rehabilitation or medical appointments at team facilities during the off-season and pre-training camp period," the statement says. "Despite this, the Jacksonville Jaguars recently decided that they would require injured players to get all off-season rehab at the Jaguars’ facility. When players failed to attend these ‘mandatory’ off-season rehab sessions in Jacksonville, they were disciplined by the club.”

The specific grievance was in regards to a player who was fined 25 times for missing "mandatory" rehab assignments and was fined more than $700,000. That now former Jaguar is reportedly Los Angeles Rams defensive end Dante Fowler Jr., the Jaguars' former third-overall draftee who they traded in October 2018.

Fowler responded on Twitter after the statement was released. The fines have now been rescinded after an arbitrator sided with the NFLPA.

But the NFLPA did not stop with Fowler's case.

"It should be noted that Jaguars players continue to be at odds with Jaguars management over their rights under the CBA far more than players on other clubs," the statement continued. "In the last two years, more than 25 percent of the grievances filed by players in the entire league have been filed against the Jaguars.

"You as players may want to consider this when you have a chance to select your next club."

Perhaps not by coincidence: that 25 percent uptick in grievances began around the time the current regime, led by Executive Vice President of Football Operations Tom Coughlin, ascended to power.

Coughlin was critical at "The State of the Jaguars" address in the spring of the two players -- Jalen Ramsey and Telvin Smith -- who did not report to Voluntary Off-season Workouts. Smith would later be placed on the Jaguars' Retired List and did not play this season. Ramsey was traded later in 2019 to the Rams -- but not before a public display of disagreement with Coughlin and his philosophy.