Jaguars cornerback Jalen Ramsey and running back Leonard Fournette returned to TIAA Bank Field in time for mandatory minicamp and they were immediately thrust into the action. 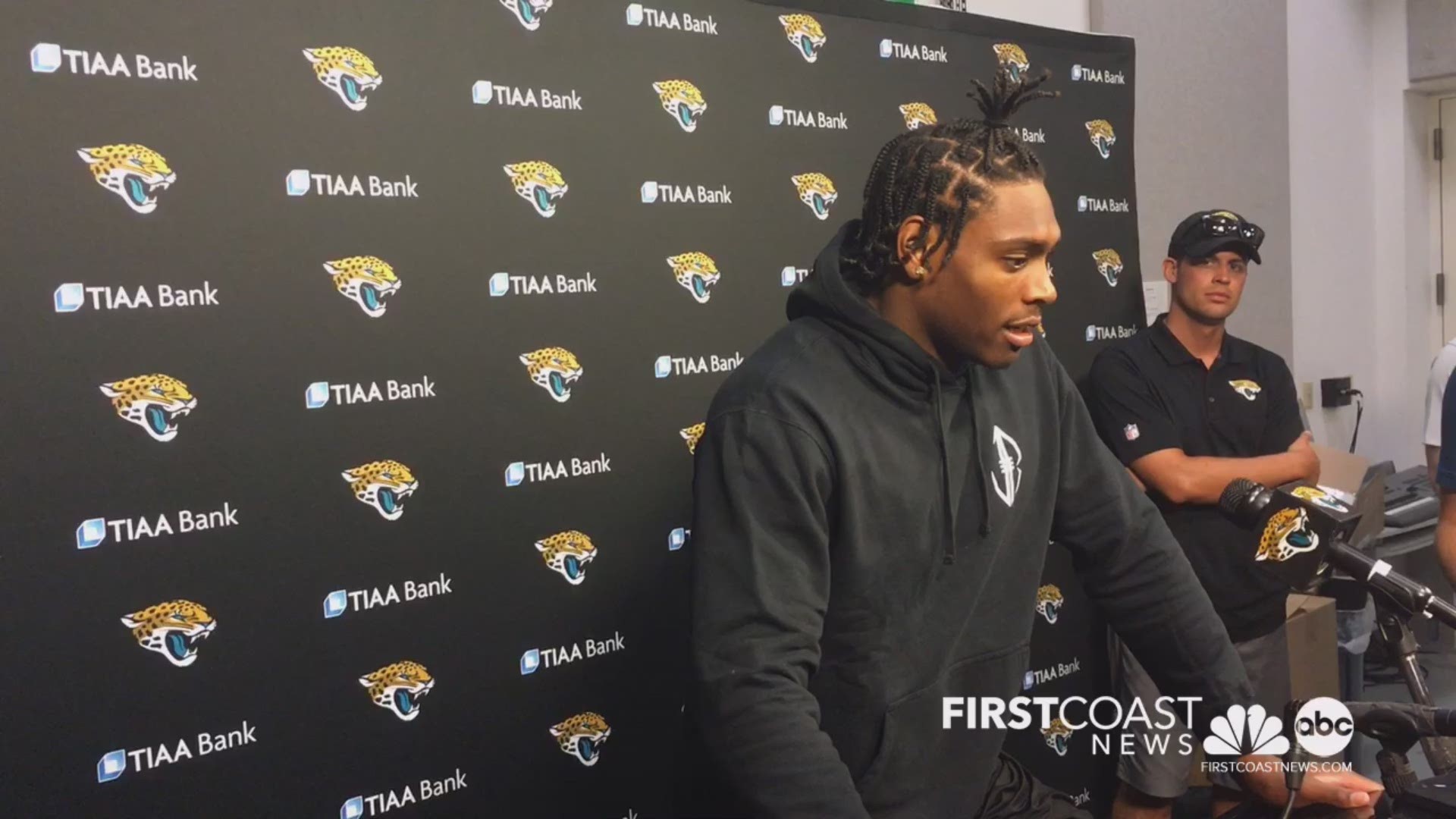 Jaguars cornerback Jalen Ramsey and running back Leonard Fournette returned to TIAA Bank Field in time for mandatory minicamp and they were immediately thrust into the action.

Ramsey and Fournette were able to take part in team drills upon their respective returns to the field on Tuesday during the squad's initial minicamp practice. Ramsey was practicing with his teammates for the first time all offseason while Fournette had missed the final nine organized team activity workouts.

"It was cool, it's always fun playing football, being back with my teammates," Ramsey said during his post-practice press conference. "It felt really good as well."

Ramsey was targeted a few times by quarterback Blake Bortles during team drills. While Ramsey wasn't practicing at full speed, his athleticism shined in spurts. Fournette, sporting a much leaner look than last offseason, showed off his quickness during the non-contact practice.

"I feel like I play my best at what I played at in college, 223, 224 [pounds]," Fournette said after practice. "I put in my best at that weight and why not [get back there]? I don't want to be average, I want to be above average. I want to be the greatest one to play this game."

With Ramsey and Fournette back in action, the Jaguars had full attendance during their first of three mandatory minicamp practices this week.

"We have the team, the coaches, we have the leadership, we have everything we want in a football team, we just have to put the pieces together." - #Jaguars RB Leonard Fournette on his goal of winning a Super Bowl this season. pic.twitter.com/dW5SrE7xFa

- Fullback Tommy Bohanon, long snapper Carson Tinker, defensive tackle Michael Bennett and defensive ends Dawuane Smoot and Dante Fowler worked off to the side with a trainer during practice. Tinker is recovering from ACL surgery while the other four players are dealing with undisclosed injuries.

- The Jaguars defense produced a few highlights on the day. Cornerback D.J. Hayden picked off a pass by Bortles during team drills. The pass was meant for rookie wide receiver DJ Chark and Hayden jumped the route. Hayden also broke up a pass intended for wide receiver Rashad Greene across the middle of the field.

- On offense, the play of the day came on a pass from backup quarterback Cody Kessler to tight end James O'Shaughnessy. The tight end was well-covered by strong-side linebacker Blair Brown but he was able to jump up and make a leaping catch. Kessler put the ball where only O'Shaughnessy could make a play. Fellow tight ends, Austin Seferian-Jenkins and Niles Paul, also made some impressive grabs during practice.

- Every now and then, rookie quarterback Tanner Lee flashes some promise. Nearly every practice or workout, Lee will hit a wide receiver with a perfect deep pass. On Tuesday, Lee hit Chark and Montay Crockett for big gains with perfect throws downfield. Lee is still well-behind Kessler in the race for the backup quarterback job but he is starting to show why the Jaguars had interest in him during the draft.

“I like making sure that we’re all set, God forbid something happens or you have an injury. You can go down there," Marrone said.

"Basically, we want to take a look at those guys and you never know. Guys come in, they perform well, you might bring them to camp and you just never know at any position. We have multiple guys coming in. We have guys on the offensive line. We have guys at fullback. We have a receiver. We have a snapper. We have the punters. We want to make sure that they have shown us something before that we have liked. We want to bring them in again, make sure we get a good look and either of two things happen. Either they compete and get on the team as far as the 90-[man] [roster]. Or for lack of a better term, they are like in tide water. If something happens to your team, they are out there in tide water and you call them up.”

In all, the Jaguars invited nine tryout players to the mandatory minicamp. To learn more about them, click here.