Tyler Derby is competing against Texans fans to raise the most money for charity. His charity of choice: the Jaguars Foundation 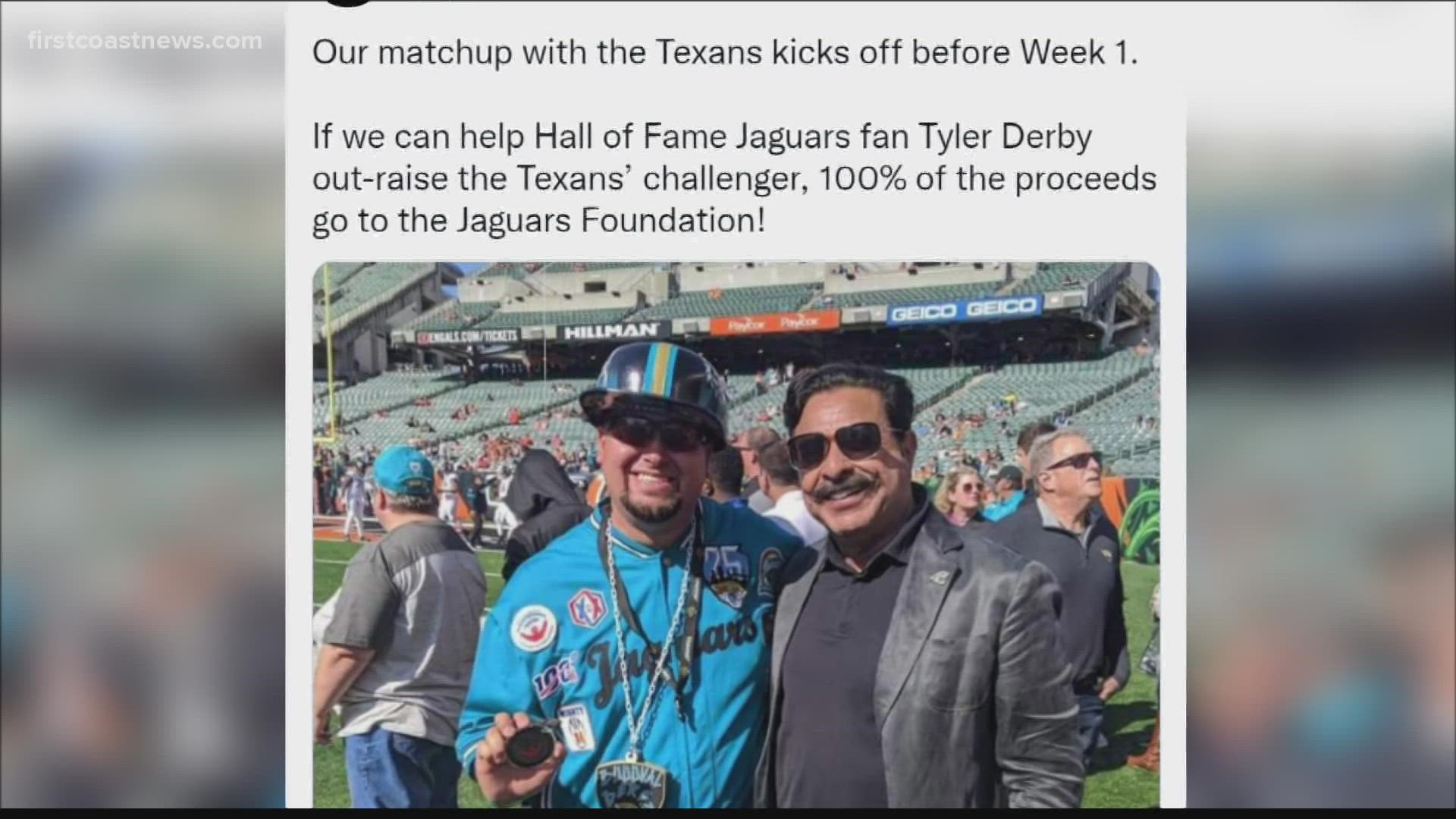 And now he needs all of Duval's help.

Our matchup with the Texans kicks off before Week 1.

If we can help Hall of Fame Jaguars fan Tyler Derby out-raise the Texans’ challenger, 100% of the proceeds go to the Jaguars Foundation!

If Jaguars fans out-raise Texans fans, Tyler wins a custom wrestling belt and Jaguars fans everywhere have bragging rights over the Texans for another year. The challenge ends on Saturday, September 11, the day before the Jaguars take on the Texans in their season opener.

Visit www.jaguars.com/community for more information on the Jaguars Foundation.

David Garrard knows a thing or two about competing against the Texans.

Donate now to the PFUFA Charity Challenge and 100% of the proceeds will benefit the Jaguars Foundation if Tyler Derby wins: https://t.co/br0VlhxgA2 pic.twitter.com/h7OCdWYitW