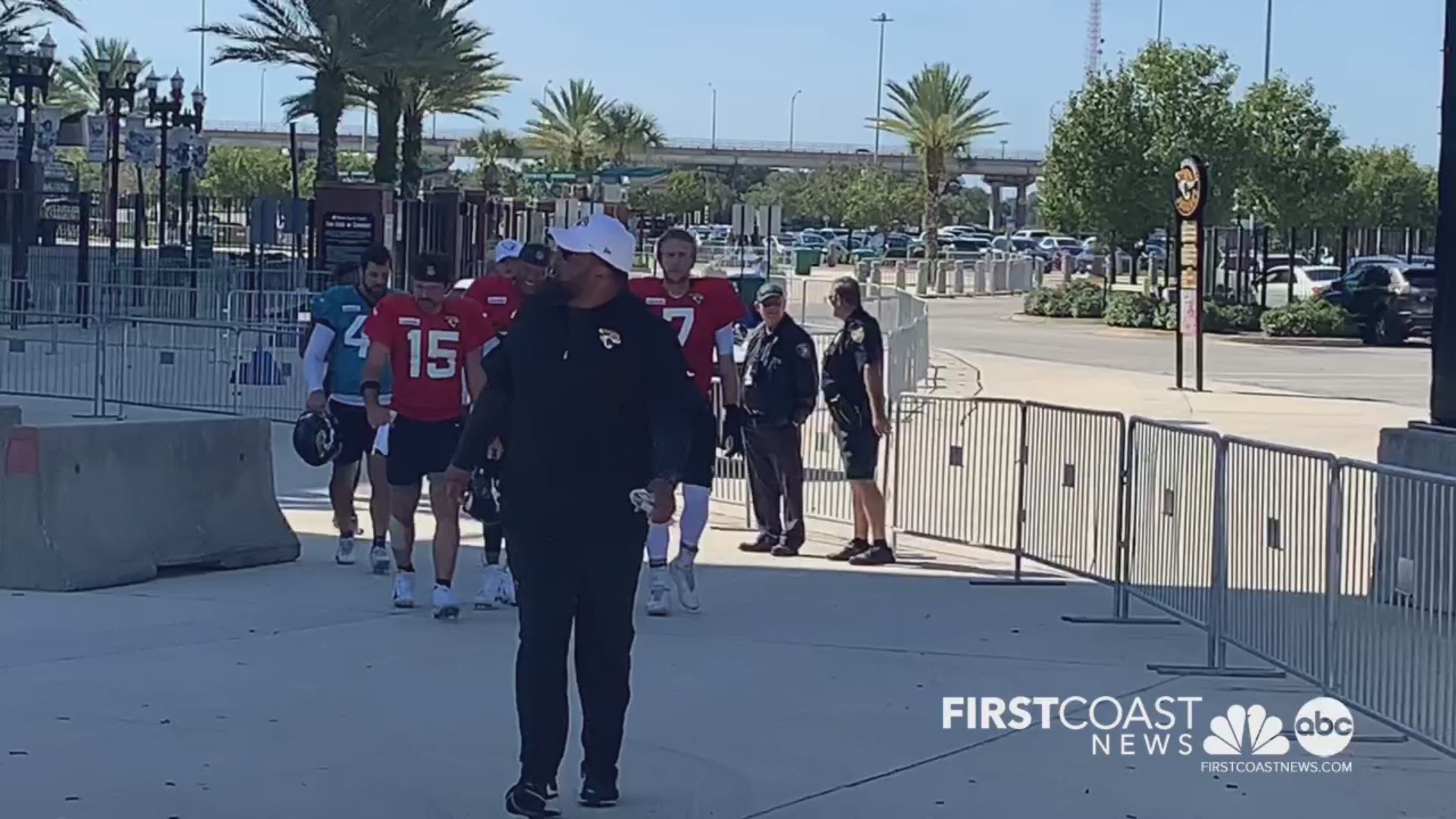 “Sacksonville” returned in a big way against the second-most sacked team in the NFL. Jacksonville sacked Sam Darnold eight times, including five sacks in the second half. Yannick Ngakoue, Calais Campbell, Josh Allen, Ronnie Harrison and Dawuane Smoot all recorded sacks for Jacksonville, who also got a boost from back-up linebacker Austin Calitro (team leader with seven solo tackles). Cornerbacks A.J. Bouye and Tre Herndon both recorded interceptions, with Herndon picking off Darnold twice. The Jaguars are now 4-0 in games in which they force a turnover.

On offense, rookie quarterback Gardner Minshew bounced back after sub-par performances against the Saints and Bengals. Minshew was 22 of 34 for 279 yards and three touchdowns. That included touchdowns thrown to Keelan Cole (his second in as many weeks), Chris Conley and D.J. Chark. Conley paced the Jaguars with 103 receiving yards Sunday, a career-high.

On his first touch of the game, Leonard Fournette broke free for a 66-yard run. After that, the AFC’s leading rusher was limited to a net total of 10 yards on 18 carries. However, he tallied 60 receiving yards.

The Jaguars now travel to London to face their AFC South rivals, the Houston Texans. Kick-off from Wembley Stadium is scheduled for 9:30 a.m. EST.