A year ago, Blake Bortles was competing with long-time backup Chad Henne for the Jaguars' starting quarterback job. Bortles won that competition and is now firmly entrenched as the leader of the Jaguars' offense heading into his fifth NFL season. 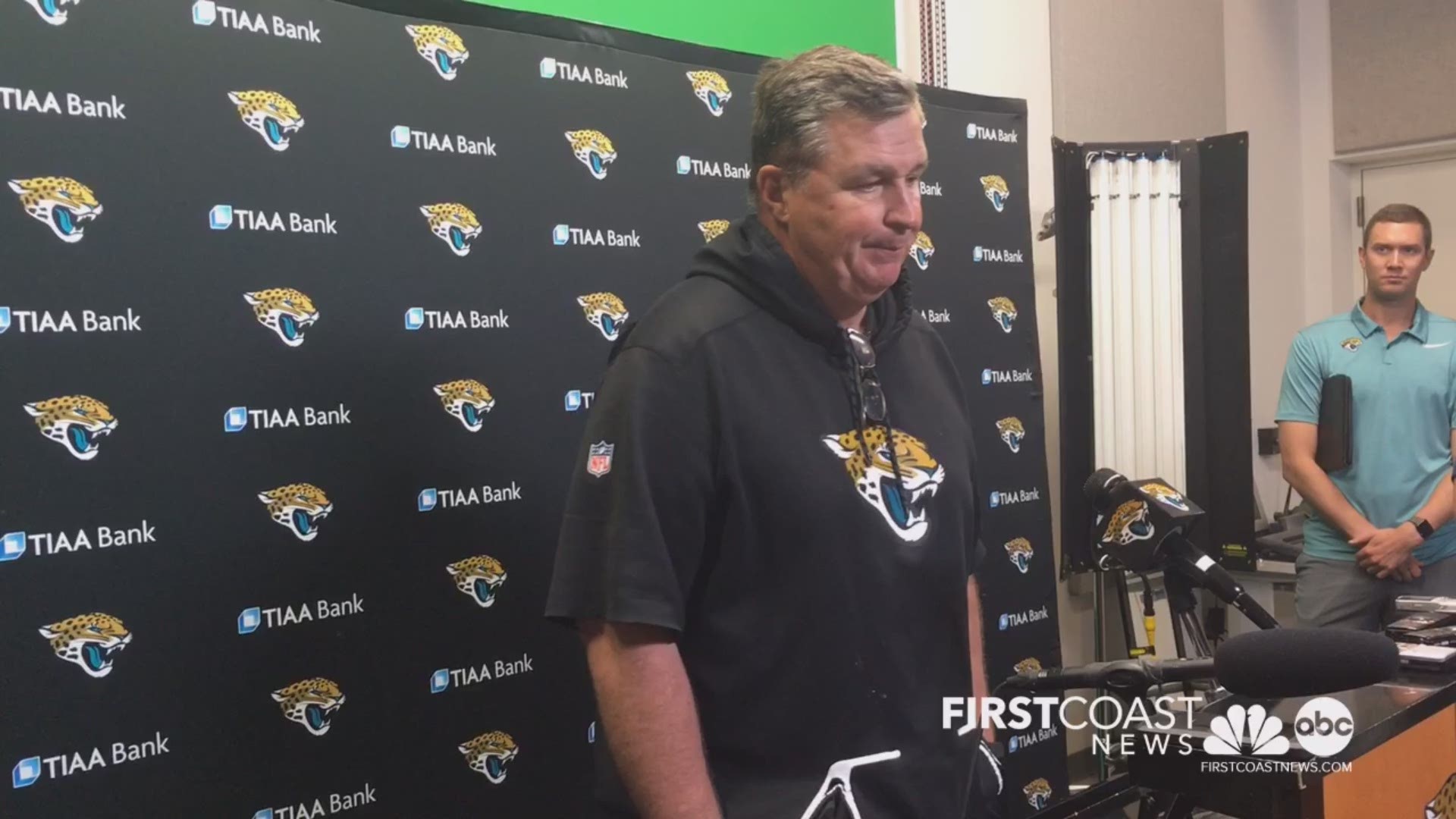 JACKSONVILLE, Fla. -- A year ago, Blake Bortles was competing with long-time backup Chad Henne for the Jaguars' starting quarterback job. Bortles won that competition and is now firmly entrenched as the leader of the Jaguars' offense heading into his fifth NFL season.

Bortles signed a three-year, $54 million extension in February following a run to the AFC title game. The quarterback led the franchise to its first AFC South crown in team history and helped produce the squad's first two playoff wins in over a decade.

Entering his second season in the same offensive system, Bortles has looked comfortable throughout the summer. He has been accurate and efficient, as he has built chemistry with his returning weapons and the team's new playmakers.

Bortles has proven one year can make a major difference in the NFL.

"It feels good to not get benched this week [like last year]," Bortles said Wednesday. "That is a positive. I didn’t play good and what happens at that level is that if you don’t play good, they are going to find someone that can play. I think just continuing to try and do whatever I can to help us as an offense move the ball, pick up yards, pick up first downs, score touchdowns, put up points and most importantly take care of it and not turn it over. I think as long as I am able to continue to do that for our offense, I think we will be in good shape.”

The Jaguars' front office has appreciated Bortles' progress over the last year. However, the decision-makers still want more.

"For a quarterback, obviously, last year was the first year in this system that we’re running. To be able to see better decision making or better command is really expected," Jaguars head coach Doug Marrone said on Thursday. "That’s where we are. Like I said before from the beginning, we saw some growth last year and we’re looking for growth again this year out of Blake. He’s working hard to attain that. At the end of the day, really what matters is what you do on the field, what you do when you are out there on game day.”

Bortles improved his completion percentage and limited his mistakes last season. The Jaguars coaches want to see further improvement in those areas.

The quarterback took advantage of his athleticism during the playoffs, leading the team to a victory with his legs against the Buffalo Bills in the wild-card round of the postseason. The Jaguars' coaches want him to continue to develop as a dual-threat on offense.

Nothing is ever good enough in the NFL. Coaches and players constantly seek growth because the league features a rapidly evolving competition.

The Jaguars will host the Falcons at TIAA Bank Field on Saturday at 7 p.m. Jacksonville-area fans can watch the game for free online at jaguars.com/live.