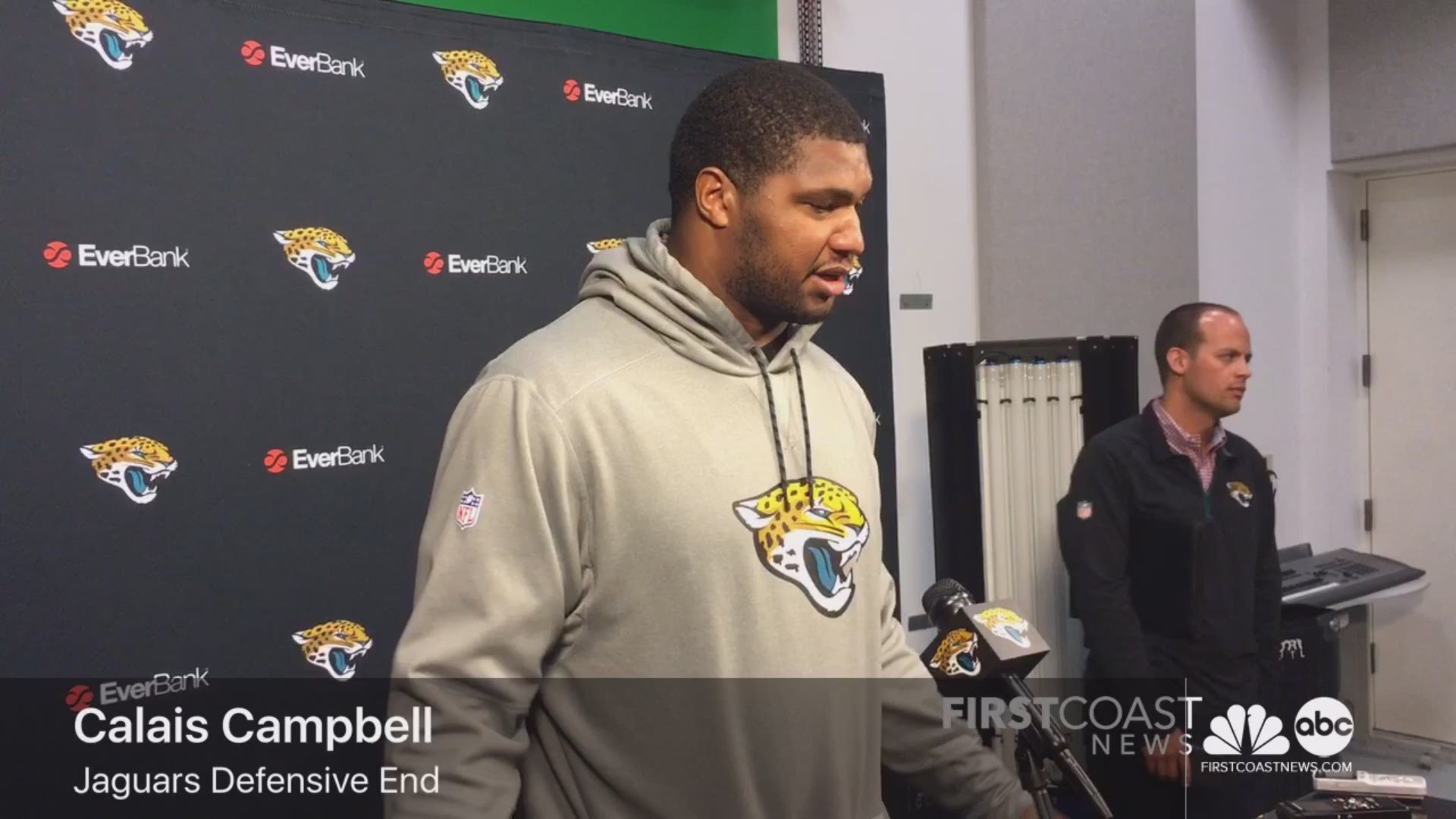 JACKSONVILLE, Fla. -- Following his sensational All-Pro campaign last season, there are very few players on the Jaguars' roster who would be considered a better mentor than defensive end Calais Campbell.

The veteran pass rusher made an immediate impact for the Jaguars on the field and in the locker room during his first season in Jacksonville. An all-around leader, Campbell spoke up when he needed to and led by example throughout his 14.5-sack season.

Second-year lineman Dawuane Smoot is Campbell's immediate backup at strong-side defensive end. The young pass rusher has been learning the ropes from Campbell, who has taken on Smoot as a mentee.

Smoot's natural ability was put on display during his rookie season. He stood out against the run and caused initial pressure relatively often. With Campbell's continued guidance, Smoot could show even more growth as a rotational pass rusher.

"We have a great relationship," Campbell said Tuesday. "He's a young guy who is very smart, loves the game of football, he's always studying. It's funny because you always see these young guys, they kinda remind you of yourself at times, and Smoot is definitely a guy where he really flashed a lot."

The Jaguars returned for the offseason conditioning program on Monday. Campbell will be looked to lead his group of defensive lineman during Phase 1 of the program.

This stage of the offseason is a good time for one-on-one and group discussions, allowing players to really focus on the team-building aspect of the preparation process. Campbell will be working regularly with Smoot, who produced 20 tackles and five quarterback hits last season.

"I try to talk to him and take him under my wing and help him," Campbell said. "It's exciting to see his growth and I'm looking forward to - usually that second year, you see things a little quicker, you know it changes kinda fast - so I'm excited to see what he does this year. He came back in pretty good shape, he looks like he's ready to go, so I'm excited to see where we can take it."

Smoot will once again back up Campbell in the defensive end rotation. With Campbell moving around the line frequently, Smoot should continue to see an uptick in snaps. The 6-foot-3, 264-pound pass rusher will look to add sacks to his stat sheet this season.

If Campbell can rub off on Smoot - through advice and example - the former third-round pick should have no problem when it comes to taking down opposing quarterbacks this season.