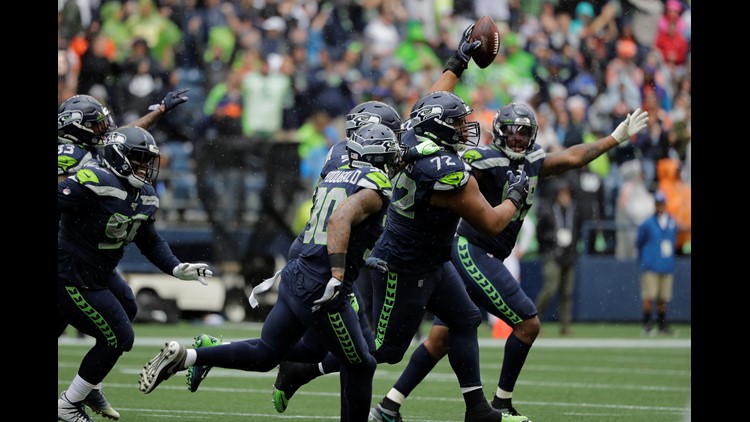 Photo by: AP
Seattle Seahawks defensive tackle Al Woods (72) celebrates after making an interception during the second half of an NFL football game against the Cincinnati Bengals, Sunday, Sept. 8, 2019, in Seattle. (AP Photo/John Froschauer)

CORRECTION: The linebacker the Jaguars signed is named Cassius Marsh, not March. That has been corrected and this article reflects that.

It may not be the "Sacksonville" we're used to seeing, but the Jaguars are taking the steps necessary to replenish their once-proud defense.

Per his representation, the Jaguars added former Seattle Seahawks defensive tackle Al Woods on Monday night. Woods played in 14 games for the Seahawks last season (his second stint in Seattle), racking up 32 tackles including three TFL. The 32-year old defensive tackle is no stranger to the AFC South, having spent 2014-2016 with the Tennessee Titans and 2017-2018 with the Indianapolis Colts.

The Jaguars also reportedly signed former Arizona Cardinals linebacker Cassius Marsh to a one-year deal Monday night, as reported by the Associated Press. Originally a Seattle Seahawks draftee in 2014, Marsh's one year in Phoenix saw him appear in all 16 games with three starts. The UCLA alum had 36 tackles -- two away from a career high -- including seven TFL. He added five QBH and 2.5 sacks.

These moves come after the Jaguars inked linebacker Joe Schobert, defensive back Darqueze Dennard, and defensive tackle Rodney Gunter on the first day of free agency.