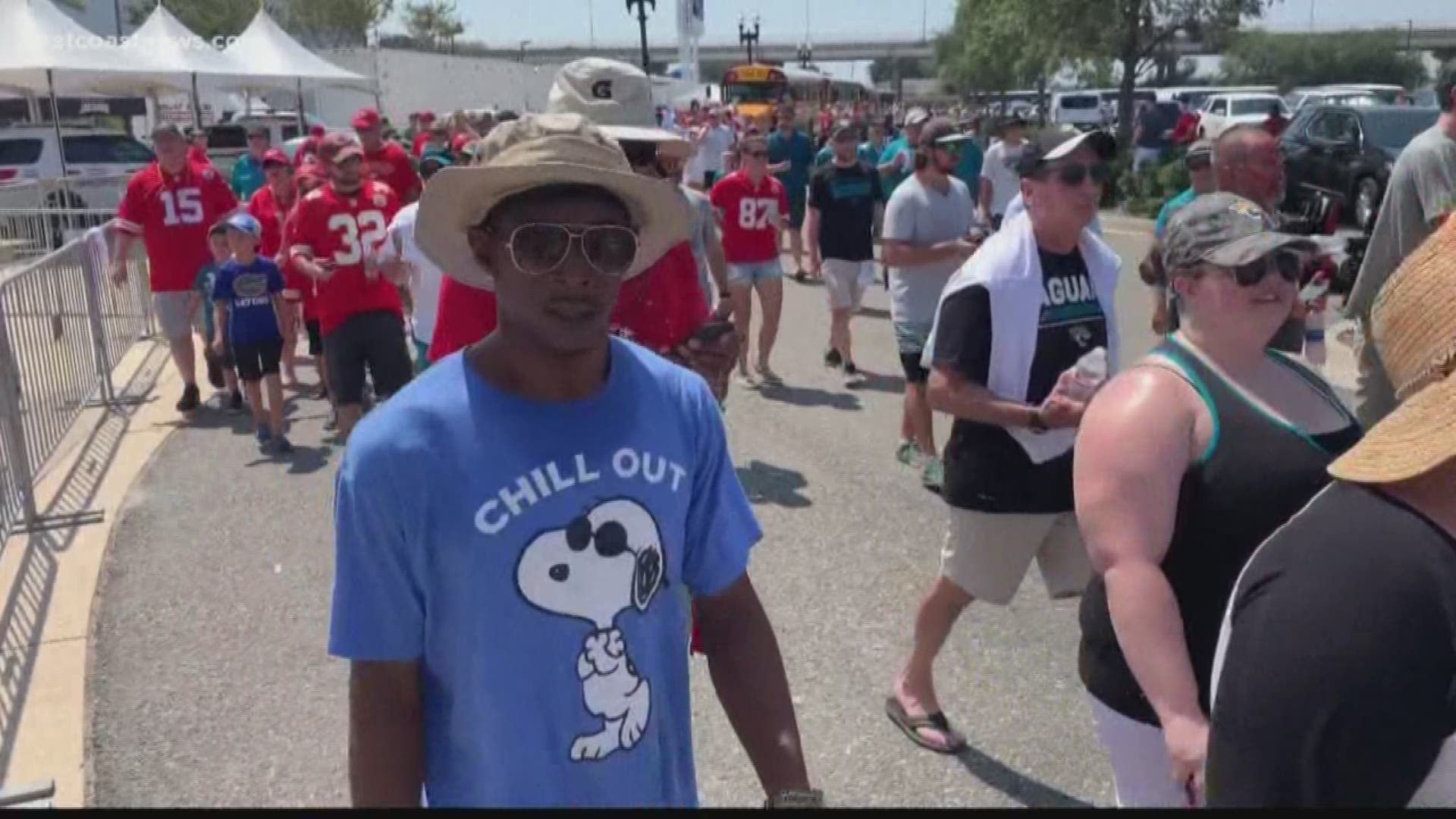 JACKSONVILLE, Fla. — Remember when the Jags were bad. Like, really, really, really, BAD. Tickets were cheap, there was a tarp over sections of the upper deck, and you could leave your tailgate at 12:58 and still get into the stadium to see the 1 o'clock kickoff. Well, those days are gone. There's a buzz around the 2019 team and it's lead to longer lines getting through security. So much so that the team announced today that it will be opening a new gate.

Tad Dickman is the Director of Public Relations for the Jags. He tweeted out that Gate 5 would be a new entry point for fans coming in from Lots F, K, H, Q, and X. Those are the lots between the stadium and river. 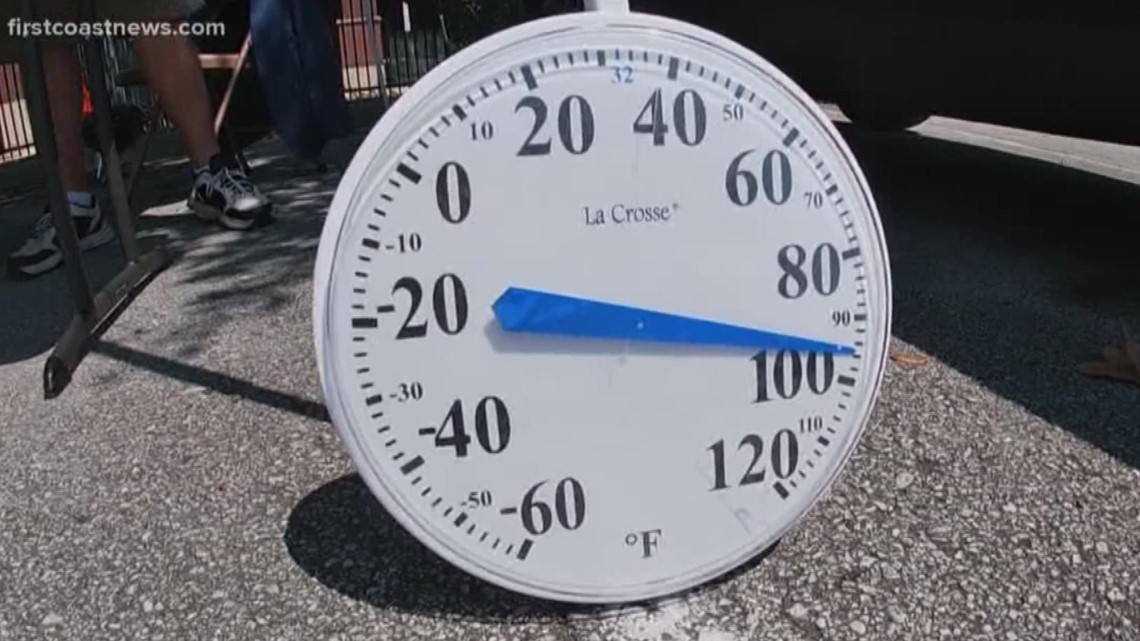 Jaguars fans angry over ticket app, extreme heat at TIAA Bank Field
JACKSONVILLE, Fla. - Despite the Jaguar's loss to the Kansas City Chiefs on Sunday, it's their troublesome ticketing app and brutal temperatures leaving many fans upset and some even in the hospital. Both Jags and Chiefs fans came prepared to TIAA Bank Field with their digital tickets ready and water in hand.

The team made other changes following a game during which 18 people had to be taken to area hospitals with heat related problems. 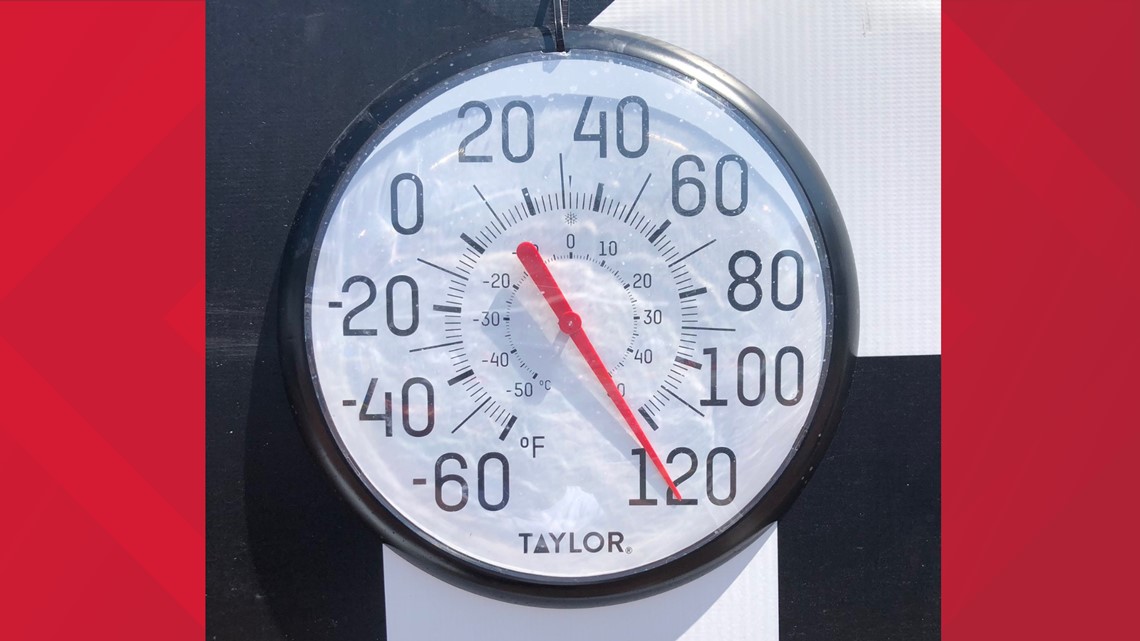 86 medical calls made from TIAA Bank Field, 18 people taken to hospital during Sunday's hot temperatures
JACKSONVILLE, Fla. - The Jacksonville Fire and Rescue Department reported 86 medical calls were made from TIAA Bank Field and 18 people were taken to hospitals during Sunday's hot temperatures as the Jaguars faced off against the Kansas City Chiefs. This comes after JFRD warned football fans to "be smart, listen to your body and stay hydrated (alcohol dehydrates you)."

Temporary shade shelters and misting fans were part of the solution the team implemented in mid-September.

After sweltering season opener, Jaguars implement updates at TIAA Bank Field to keep fans cool
The Jaguars are making changes after hot temperatures caused over a dozen people to be hospitalized during their season opener against the Kansas City Chiefs at TIAA Bank Feild. "After a ton of great feedback following the home opener, we wanted to share some updates," said Tad Dickman, PR for the Jaguars, on Twitter.

The gate will be open for Sunday's tilt against the Jets. Kickoff is 1 p.m.

The game marks the midpoint of the season and will be pivotal in providing momentum heading into next week's game against the Texans in London. You can see that game on First Coast News ABC25. A special edition of Good Morning Jacksonville starts at 7 a.m. The pregame show from London begins at 8am. Kickoff is at 9:30.