After making the announcement Thursday, Urban Meyer was at TIAA Bank Field on Friday taking questions from reporters for the first time as the Jaguars head coach. 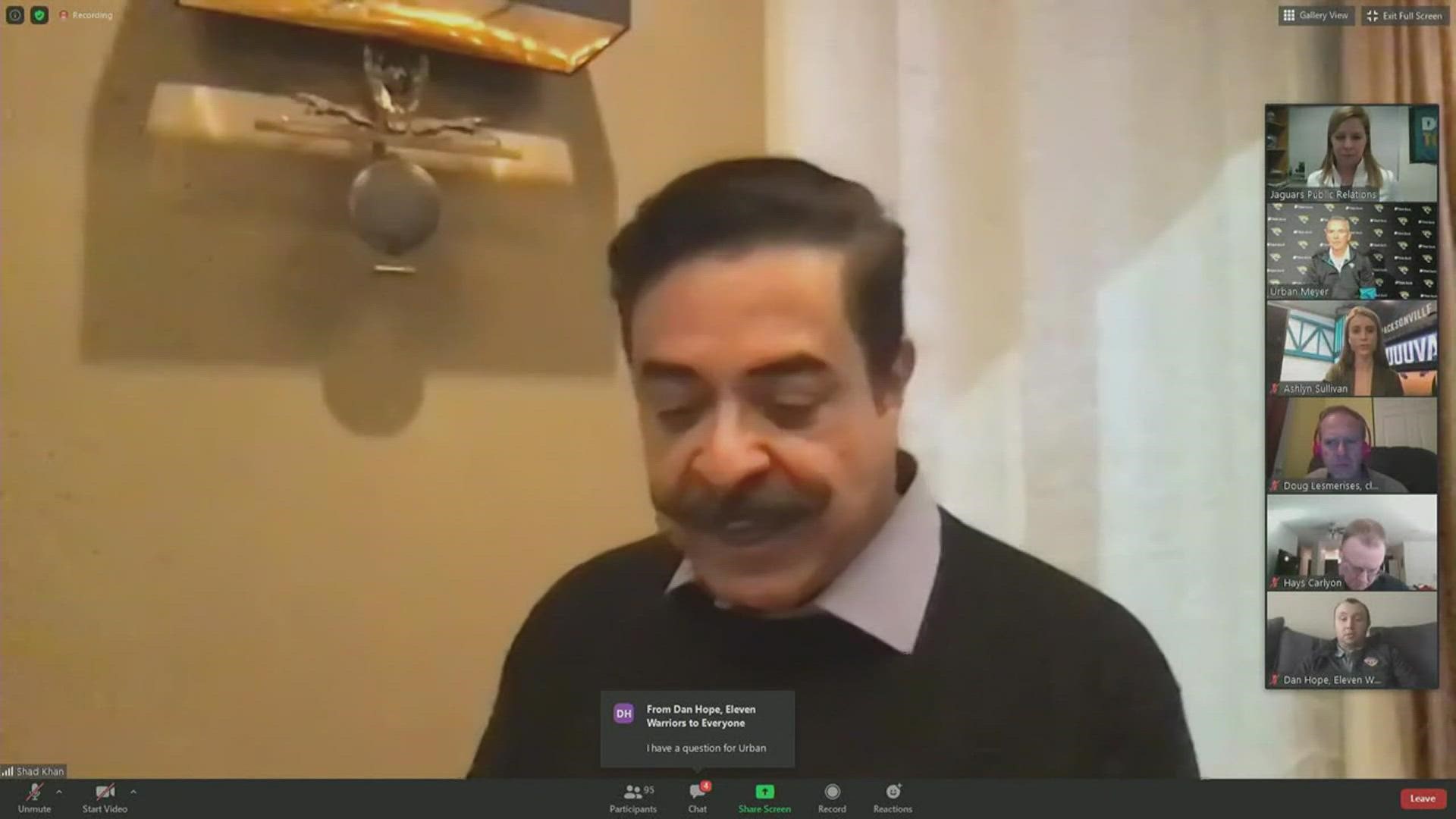 JACKSONVILLE, Fla — Urban Meyer made his first appearance Friday as head coach of the Jacksonville Jaguars. Jags owner Shad Khad introduced Meyer at TIAA Bank Field saying he had no doubt that he picked the right coach for the job.

After the brief introduction, Meyer took questions from the media for about 30 minutes. After a standout career as a coach in the college ranks, Meyer said he expected the job in the NFL to be much different.

The fact that the Jaguars have the number one overall pick in the NFL draft played "huge" in his decision to come to Jacksonville, Meyer said.

"Who we pick at that quarterback spot, that’s going to be one of the most important decisions I’ve made in my lifetime, along with the partnership of our owner and our general manager. The ones that are out there, my initial study, because I have been studying a lot, I like to use the term elite. I see some elite quarterbacks out there right now.”

Meyer compiled a college coaching record of 187-32 with stints at Bowling Green, Utah, Florida and Ohio State. He also won three national championships with the Gators in 2006 and 2008. His record at Florida was 65-14. His record with the Ohio State Buckeyes was 83-9. He lead that team to a record of 83-9 in his seven seasons there. He also led that team to a national title in 2014. 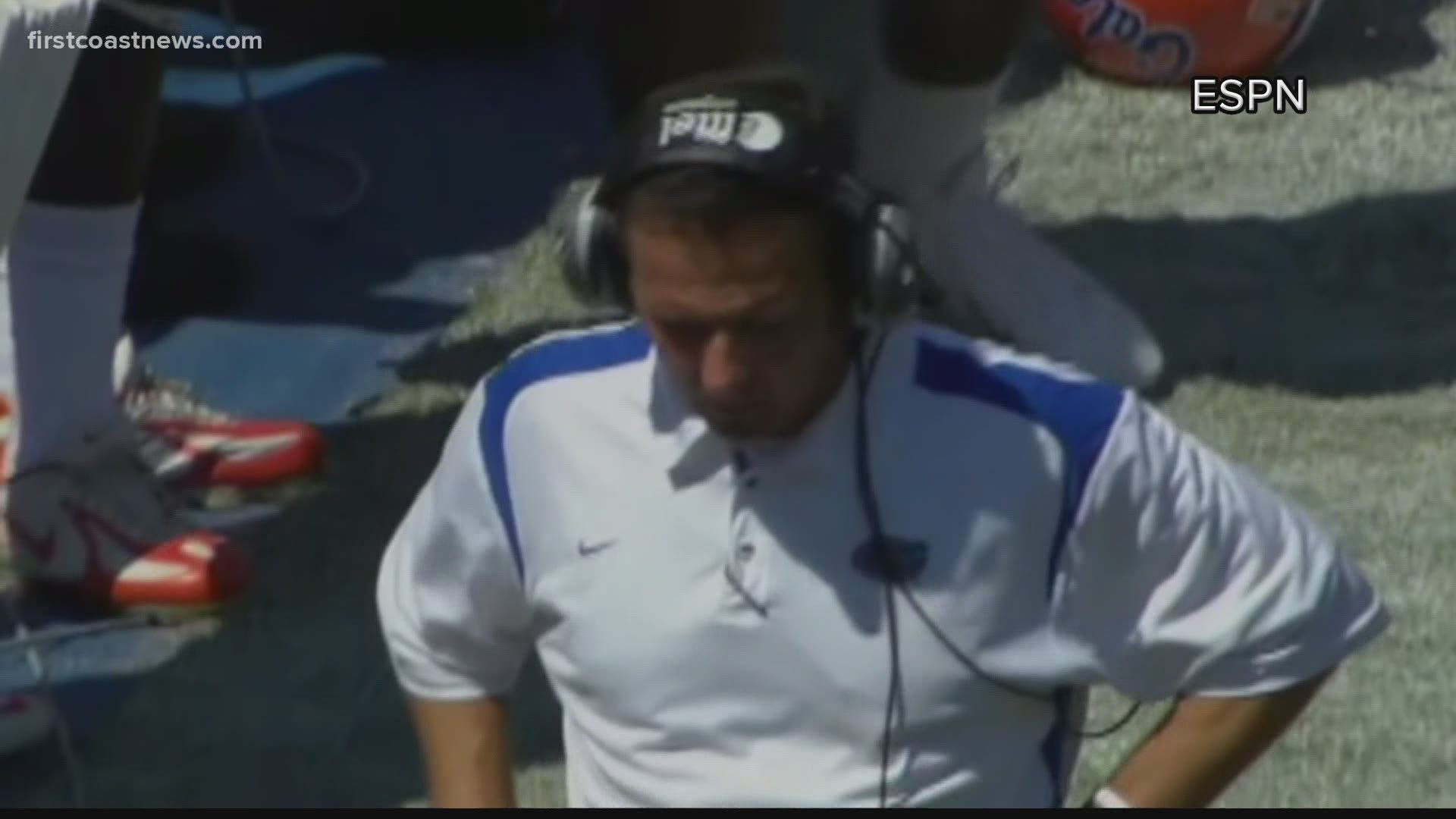 Meyer will be the sixth head coach of the Jacksonville Jaguars in the team's history. He's replacing Doug Marrone who was fired following a 1-15 record this past season.

Urban said that it is going to take a collective effort to turn this franchise in the right direction.

“I think it has something to do with, I’m not sure I said this earlier, but I talked to Shad about this, it might be a little high school-ish, I get that, but when they see the Jaguar emblem, you better have ownership and you better love it. If not, it’s my job to eliminate those people from this organization and I take that very seriously. I’ve taken that [seriously] when I was a Florida Gator coach. When you talk about the gator head, if you go back in memory lane, I actually took it away from the players and staff. You don’t always blame the players. I hear that. You guys know that. I don’t blame players. I blame coaches before players. This city of Jacksonville, when they see that Jaguar emblem, there’s a sense of pride and let’s go man, let’s go. I can see a fast team. I see people who care deeply about that organization. The two things I always talk about that inspire or are part of inspiration are love and ownership. I want you to own it and if you don’t want to do that then you can’t be here. Own that emblem.” 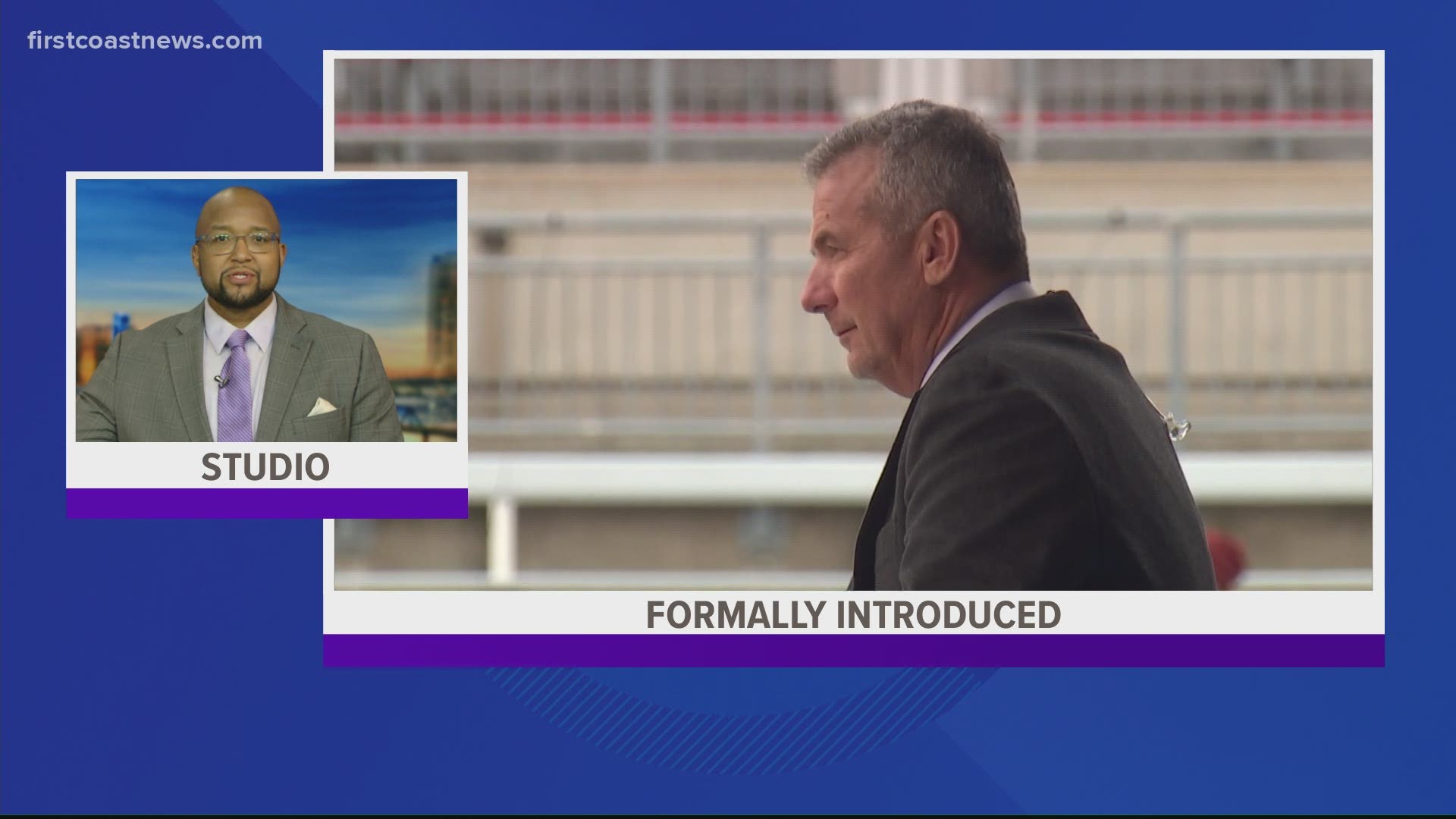 WATCH: Jaguars new head coach Urban Meyer says he expects coaching in NFL to be much different from college

WATCH: Urban Meyer said No. 1 over pick in NFL draft was huge in decision to take Jaguars coaching job