“Trent Baalke has had success at virtually every level of football ... and quickly built an NFL conference championship organization and team." - Shad Kahn 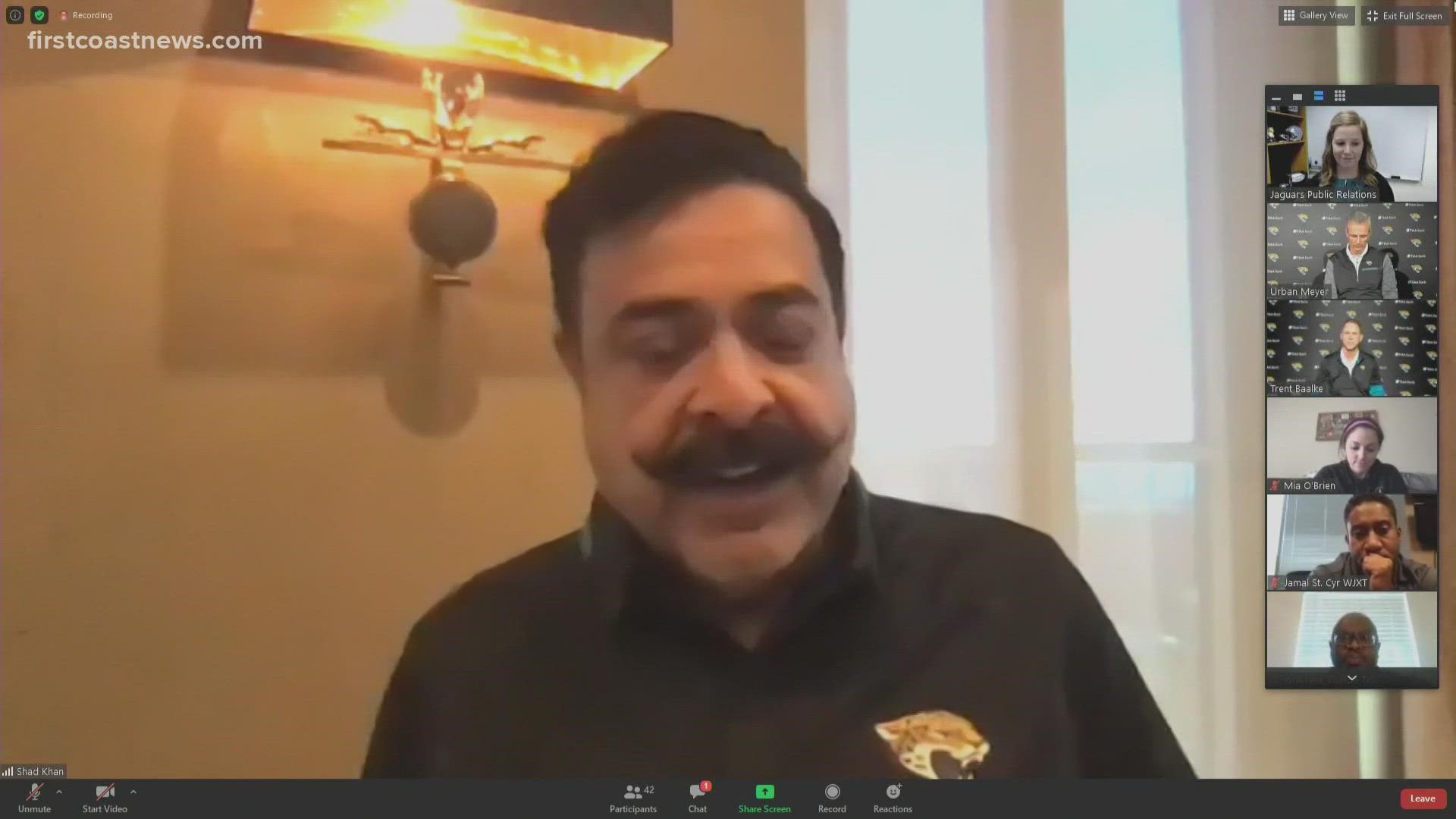 JACKSONVILLE, Fla — A week after naming Urban Meyer its new head coach, the Jacksonville Jaguars filled another seat on Thursday. Owner Shad Khan announced that he was promoting Trent Baalke to general manager.

Baalke joined the Jaguars in February 2020 as Director of Pro Personnel. That came after a 12-year run in San Francisco, including six as general manager.

Baalke, Meyer and Khan addressed the media on Thursday.

“I would like to thank Shad Khan for the opportunity to continue with the Jacksonville Jaguars as the team’s general manager,” said Baalke. “I look forward to getting to work with Coach Meyer and giving Jaguars fans everywhere the winner they deserve. I am confident that our shared vision will lead our team to success in 2021 and beyond.”

WATCH: Trent Baalke says his former assistant GM from the San Francisco 49ers will be joining him in Jacksonville